Steven Bergwijn subject of online abuse after Spurs' 2-1 defeat at Anfield; Jose Mourinho describes Dutchman as 'one of my boys'; watch Tottenham vs Leicester live on Sky Sports Premier League from 2pm on Sunday; kick-off 2.15pm 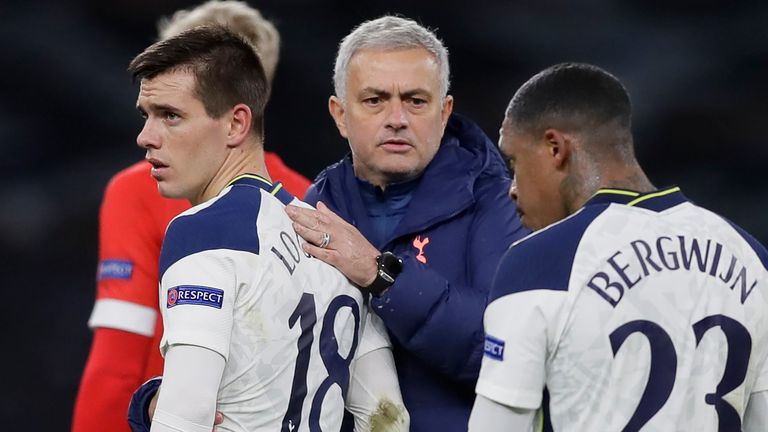 Jose Mourinho says his Tottenham squad win, draw and lose together and will be supporting Steven Bergwijn after he was the subject of abuse on social media

Bergwijn had two opportunities to give Spurs the lead during the second half at Anfield, before Roberto Firmino's last-minute header saw the Reds move above Mourinho's side to the top of the Premier League table.

The 23-year-old, who joined from PSV Eindhoven for £27m in January, is yet to score this season domestically but Mourinho insists no player will ever take the blame for a result under his leadership.

"I don't know what I can do apart from the player knowing that in this club we are all together," Mourinho said.

"I know that in some clubs with some people there is a culture of 'they lost, we drew, and I won…'

"Here, we lose, we win, and we draw together. He has us and we have him.

"He is one of my boys. Period. There is no point for me to individualise. He is a good professional; he works hard for the team [and] he gives everything he can." 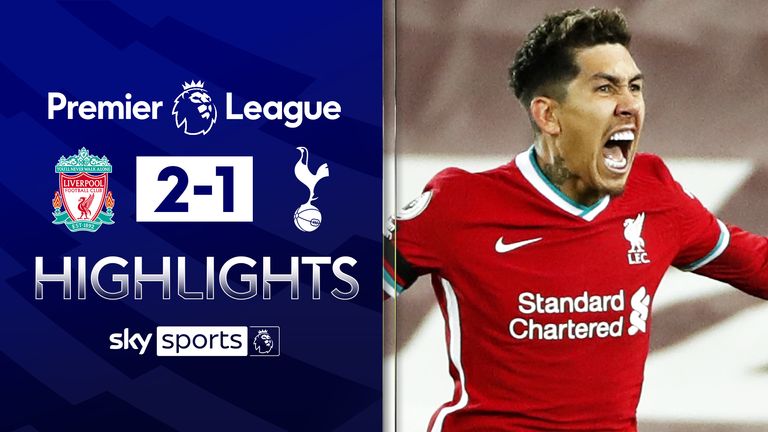 FREE TO WATCH: Highlights as Tottenham suffered a late defeat to Liverpool in the Premier League on Wednesday

Tottenham host Leicester City on Sunday, live on Sky Sports, in another top-four battle and the Spurs head coach is wary of the danger posed by Foxes striker Jamie Vardy.

"I have to say that he is incredible and that I just feel sorry for him in the sense that he arrived in the Premier League too late.

"He should have arrived a few years before and his career would have been even longer and with more goals and more history with the national team too.

"He is a fantastic player. If I was a defender, I wouldn't be happy to play against him because he is very dangerous."

Mourinho boasts Harry Kane and Heung-Min Son, who won the FIFA Puskas Award for his solo effort against Burnley last season, in his attacking options but believes Vardy would be an important player for "every team".

He was also full of praise for counterpart Brendan Rodgers, who worked with the Portuguese during his first spell as Chelsea manager.

Rodgers was brought to Chelsea from Reading during Mourinho's first stint at the club, before making the step up into professional management.

Mourinho said: "He is very talented. He was and probably still is someone who likes to study, likes to learn, likes to improve.

"He is creative, knows what he wants. He is a very good coach. Period. It is not a surprise for me [what he is achieving]."