Mile Jedinak is one of eight players Aston Villa have released just a week after securing a return to the Premier League.

And preparations for their top-flight return is already underway with the club announcing Jedinak, along with Alan Hutton, Tommy Elphick, Albert Adomah, Glenn Whelan, Ritchie De Laet, Mark Bunn and Micah Richards all leaving the club.

Signed from Crystal Palace in August 2016, 34-year-old Jedinak made 16 appearances for Villa this season as well as scoring in the play-off semi-final penalty shoot-out victory over West Brom. 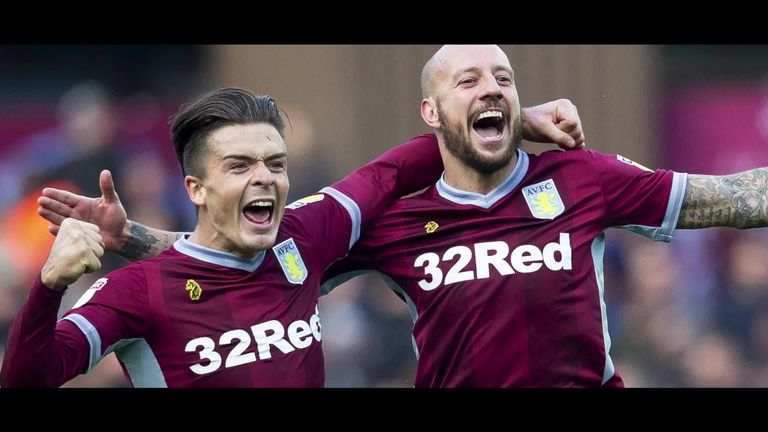 We look back at the highs and lows of Aston Villa's season ahead of their Championship play-off final at Wembley against Derby. Video courtesy of Dan Bardell of The Villa View YouTube channel.

Full-back Hutton also became a cult figure at Villa, nicknamed 'the Scottish Cafu', he made 202 appearances over eight seasons with the club.

Boss Dean Smith gave 34-year-old Hutton the honour of leading out Villa for the club's final league game of the Championship season last month, a 2-1 home defeat to Norwich.

Former Villa captain Tommy Elphick is also leaving having spent the first half of the 2018-19 campaign on loan at Hull before returning to Villa Park in January and making 11 appearances during the club's promotion push.

And Villa's 2017/18 players' player of the year Albert Adomah, who started the win against Derby, was told on Thursday his future lies elsewhere.

However, there is little surprise in Micah Richards departure - the former England and Manchester City defender hasn't made a competitive appearance since October 2016.