Newcastle United have held preliminary discussions with RB Leipzig over a potential loan for Ademola Lookman.

A winger has been on the priority list for Newcastle, and the club could make an initial loan offer for the 22-year-old until the end of the season with an option to make the move permanent in the summer.

Lookman signed a five-year deal at Leipzig last summer having first impressed during a 2017-18 loan spell at the club.

He scored five goals in 11 league games during that six-month period, but this time around he has struggled for first-team opportunities. 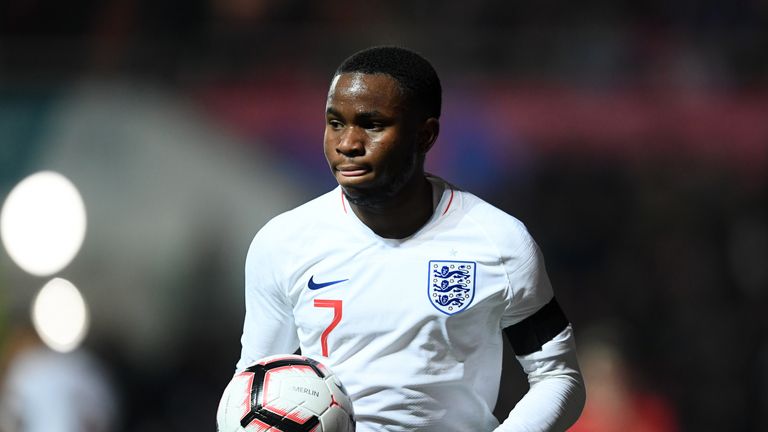 Lookman has played just 200 minutes of football this season, starting once in the Bundesliga, and is yet to find the target.

Sky Sports News understands while Bruce is keen to add a winger in January, a striker remains his priority.

"I do think their priority is a striker but they are looking to add in the wide areas too.

"Allan Saint-Maximin - who has been terrific since he arrived - is currently out injured and is probably still a week or two away from a return and it might just take him a couple of weeks to get up to speed.

"They also have Miguel Almiron - but I think they prefer to play him in a more central role - and that only leaves them Christian Atsu out wide, so Steve Bruce will want another option for the reminder of the season

"You have to say that Lookman does fit the bill. Bruce wants players who can carry the ball at pace up the pitch, because Newcastle do play on the counter-attack.

"So you can imagine him fitting in well to the style Newcastle are playing - that defensive style, trying to hit on the break.

"I don't know if he will walk into the starting XI, he certainly hasn't played a lot of football - and there is still a lot of work to do on this deal.

"I am sure Newcastle are trying to bring in a striker too but, if the winger happens first, then they will have to do that."