Arsenal and Tottenham are among the Premier League clubs to be asking training ground visitors to fill in a health form. 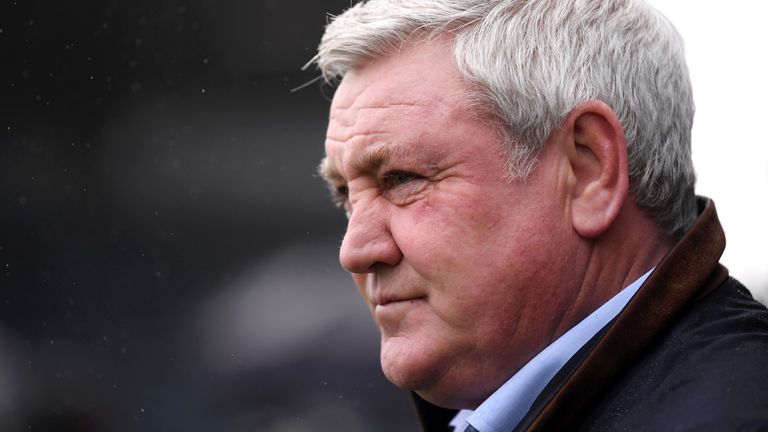 Steve Bruce has revealed shaking hands has been banned at Newcastle's training ground due to concerns over the coronavirus.

The club has put a stop to a morning ritual of players and staff shaking hands as fears over the spread of the disease increase in the UK.

Arsenal and Tottenham are among the Premier League clubs to be asking training ground visitors to fill in a health form as they hold their pre-match news conferences ahead of the weekend's fixtures.

Speaking ahead of Saturday's visit of Burnley, Bruce said: "There's a ritual here that everybody shakes hands as soon as we see each other every morning - we've stopped that on the advice of the doctor.

"Thankfully, we've got a superb doctor here and he will keep us informed of what we have to do. We're like everybody else, we're glued to the TV for where it's going to go next and let's hope it doesn't get any worse in this country." Newcastle defender Ciaran Clark will not play again this season and may need surgery on an ankle injury, according to manager Steve Bruce

Asked if he had known anything like it in the past, Bruce added: "No, not at all. Look, in confined areas like we've got here... There was a time over Christmas when if there's a virus knocking around - which is not coronoavirus - then you have to be careful so we're a bit mindful of it, the fact that a bug can sweep through.

"We had four or five at Christmas and two of my staff, so you stay at home, basically. But it's always something you're looking at."

Toon to decide on Clark surgery

Bruce also confirmed the club will make a decision over the weekend on whether or not defender Ciaran Clark will undergo surgery on the ankle ligament injury which appears to have ended his season.

Clark suffered the injury against Arsenal on February 16 and will miss Republic of Ireland's Euro 2020 play-off against Slovakia next month as a result.

Bruce said: "We're just deciding now in the next week or so whether he's going to have the operation or not. He's obviously damaged ankle ligaments badly, so the decision is whether to operate or not.

"I think we'll be in the next 48 hours deciding which way we're going to go."

The 30-year-old's misfortune is the latest in a series of injuries which has already robbed Bruce of Paul Dummett and loan signing Jetro Willems for the remainder of the campaign.

Bruce said: "He's been excellent this season. It's been cruel in that respect with Matt Ritchie with a challenge (from Leicester's Hamza Choudhury in August) that left him out for four months, and now Ciaran and Dummy. Unfortunately, it's been never-ending.

"But when it happens on impact in a game, you can't legislate for it either. It's disappointing for Ciaran. He has been one of our better players this year, in my opinion, and done very well, so it's bad news for all of us."