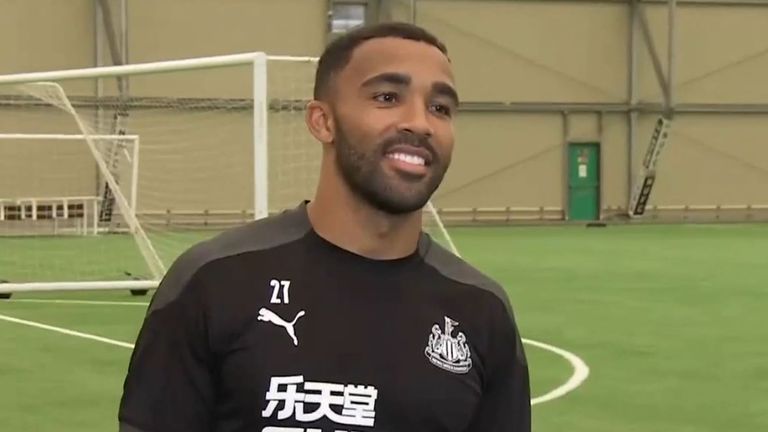 Callum Wilson has signed for Newcastle from Bournemouth for £20m on a four-year deal.

Wilson turned down Aston Villa and flew from the south coast to Tyneside in Mike Ashley's private helicopter to complete the deal, leaving Bournemouth after six years following their relegation to the Sky Bet Championship.

Wilson becomes the third-highest transfer fee paid by Newcastle for a player, behind Joelinton (£40m from Hoffenheim in 2019) and Miguel Almiron (£21m from Atlanta United in 2019).

When asked how it felt to sign for Newcastle, Wilson told Sky Sports News: "It feels amazing. Such a massive club. It wasn't an easy decision as Villa is back home for me but this club is huge and I want to get off to a flying start.

"The strikers here have been iconic over the years and I want to emulate what they've achieved. My son watched the film Goal - so he wanted me to come here! I met most of the boys today, and I can't wait to get training with them.

"[Alan Shearer] is a hero here and I asked him a few questions when I was coming up, he reiterated I'm making the right decision, and said if I work hard and score goals the fans will love me."

The 28-year-old striker, capped four times by England, is set to link up with former team-mate Ryan Fraser, who has agreed a deal to join Newcastle as a free agent and completed his medical on Monday.

"Ryan Fraser was a great partner of mine at Bournemouth," Wilson added. "We had great communication. He'd be a great addition to any team and I'm looking forward to playing with him, if he comes here."

Wilson scored 67 goals in 187 Bournemouth appearances after arriving from Coventry in 2014 and also attracted interest from Fulham, West Ham and Tottenham this summer. He was previously linked with a move to Chelsea.

He scored eight Premier League goals last season but it was not enough to help the Cherries survive as their five-year stint in the top flight came to an end.

Newcastle, meanwhile, agreed a £15m fee for left-back Jamal Lewis with Norwich on Saturday - with the player set for a medical on Tuesday.

Bournemouth also remain interested in a deal for former player Matt Ritchie, who signed a new Newcastle deal in March, although the midfielder's wages may be an issue.

Newcastle's bid to take Arsenal defender Rob Holding is now on hold for the time being.

Arsenal are currently unwilling to allow the defender to leave, despite opening talks with Newcastle over a loan move to St James' Park for their 24-year-old centre-back.

The Magpies retain an interest in the player but may have to bide their time, depending on whether or not Arsenal decide to bring in a replacement to free up Holding. 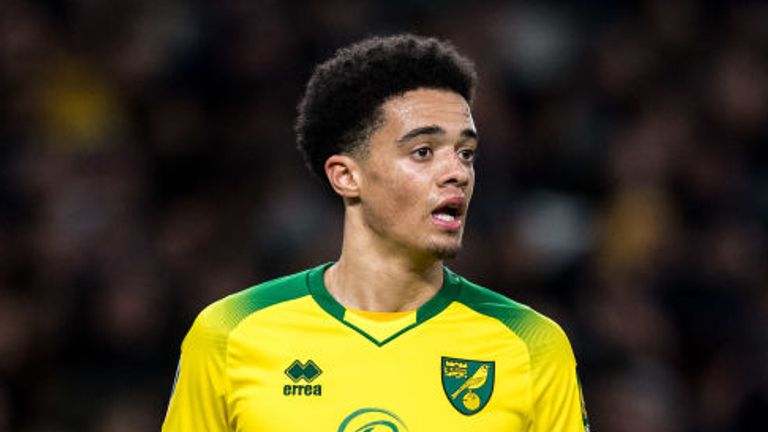 "Sadly my time at AFC Bournemouth has come to an end," Wilson posted on Twitter.

"I will forever be thankful to the club, the players, the staff including Eddie Howe and all the fans for welcoming me to the club and giving me the platform and opportunity to start fulfilling my dreams.

"I have had an unbelievable six years and made some friends for life that I've shared some great memories with over the last two years. My time here also had some dark moments with two serious knee injuries but everyone at the club stood by me and kept their faith in me which I am truly grateful for.

"All good things unfortunately come to an end and my chapter at Bournemouth is over for now and it's time for me to take on a new challenge to continue pursuing my goals and ambitions.

"I wish the club all the success in the world and hope to see you guys back in the Premier League very soon, you'll always have a special place in my heart. Good luck for the season, I'll now be watching as a fan."

"Callum is somebody I've admired for a long time and I'm delighted to get him," said Newcastle boss Steve Bruce.

"He has done fantastically well at Bournemouth and was deservedly playing centre-forward for England less than two years ago.

"The club has worked ever so hard to get Callum here and we have beaten off competition from a number of clubs.

"I'm grateful the club has made it happen. Lee Charnley and those behind the scenes deserve a lot of credit."