Newcastle United's Karl Darlow says experience of Covid-19 in hospital was "pretty awful" but goalkeeper is back at home and facing battle to get back to full health; manager Steve Bruce also without first-choice 'keeper Martin Dubravka after he had surgery on a foot injury

Newcastle goalkeeper Karl Darlow has told Sky Sports News he is slowly improving at home after being hospitalised last week with Covid-19.

Darlow admitted his experience with the virus had been "pretty awful" after he tested positive 10 days ago and was sent home by club officials to spend time in isolation.

That was not the end of the story for the 30-year-old, whose condition took a turn for the worse and led to him eventually being sent to hospital after becoming increasingly dehydrated.

Darlow confirmed he had now been released from hospital and is back at home to begin the recovery process.

He told Sky Sports News: "I had to go to hospital last week which was pretty awful - but I'm slowly improving now despite still feeling a bit rough. This shows the virus is still going about and we still need to be careful with it." 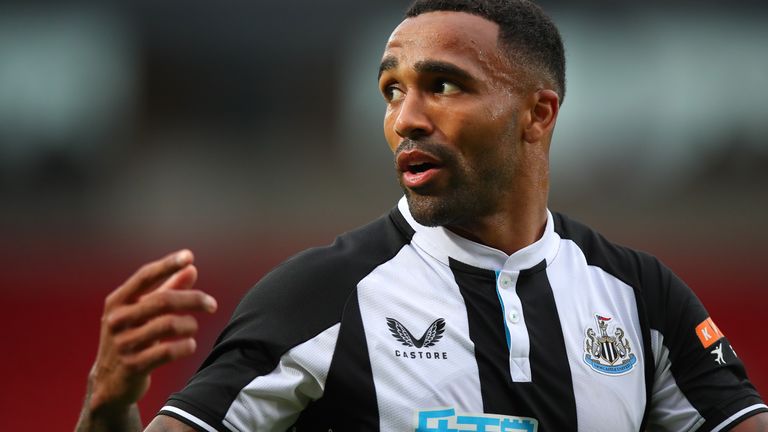 Bruce also had to do without fellow first-team squad goalkeepers Mark Gillespie and Freddie Woodman as they had been deemed close contacts of Darlow's.

Both have since tested negative for the virus and are set to rejoin Newcastle's squad at training this week.

That will come as a relief for Bruce who, as well as being without Darlow, is also lacking the services of first-choice Martin Dubravka, who will miss the start of the season after undergoing surgery on a foot injury.

Bruce also had to do without defender Jamaal Lascelles and winger Allan Saint-Maximin for large chunks of last season as they battled the after-effects of Covid-19.