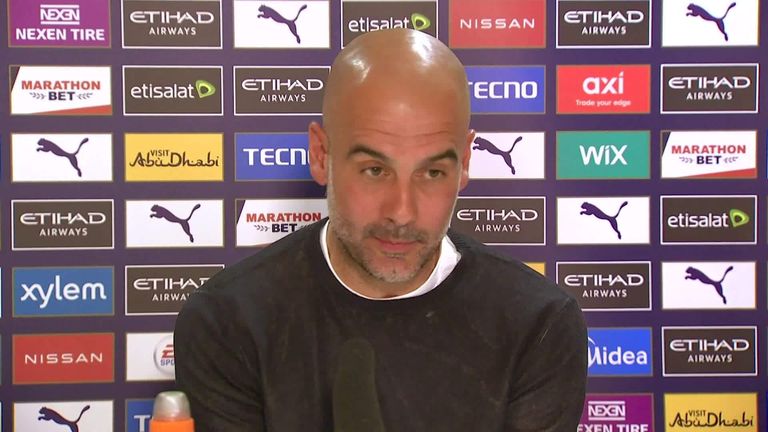 Pep Guardiola has responded to the planned formation of the European Super League, saying it would be unfair to prevent clubs from qualifying for the new tournament

Manchester City boss Pep Guardiola has urged owners of the 12 clubs involved in the European Super League breakaway proposals "to explain to the whole world why they took the decision".

The Premier League leaders - along with Arsenal, Chelsea, Liverpool, Manchester United and Tottenham - have signed up to a new European Super League which would see the establishment of a 'closed league', without the threat of relegation for the 12 founding members.

Guardiola admitted he felt "uncomfortable" being asked about the competition because he did not yet know much more than the initial statement but was sceptical on the initial proposal.

Sky Sports News has invited the six Premier League clubs to explain their plans and the European Super League in more detail.

Speaking at the pre-match press conference ahead of Wednesday night's game against Aston Villa, Guardiola said: "No one has given any more details [to me] about what is going to happen or what is going to be created.

"Honestly, we (the managers) are not the right people to ask about it because only the president of this committee can talk more clearly about the idea for the future of football.

"I can give my opinion of what I know today but I do not know any more - that is the reality.

"But at the moment it is only a statement, and no more than that. I would love the president of this committee to explain to the whole world why they took the decision.

"I don't know why these specific teams have been selected and going to play this competition.

"I have said many times, I want the best and strongest competition possible, especially the Premier League

"And it's not fair if one team fights to make it to the top and then cannot qualify because success is just guaranteed for a few clubs." 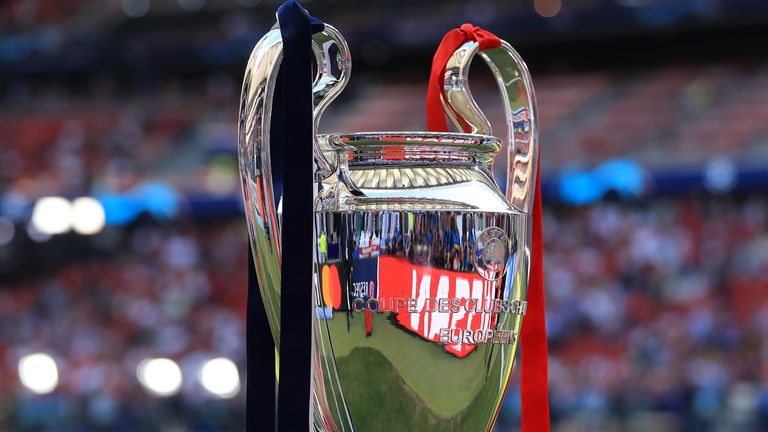 Guardiola admits he has not spoken to his players on the proposals and is instead just trying to focus on what could be a busy week for his club.

After the game against Aston Villa, City face Tottenham in the Carabao Cup final at Wembley before playing the first leg of their Champions League semi-final against Paris Saint-Germain.

However, the Manchester City boss did question how the 12 clubs were determined as founding members of the proposed European Super League, suggesting decisions across the game are all motivated by self-interest.

Six English teams are part of a breakaway European Super League, but what do we know so far?

"[The European Super League] is an embryo that is not yet breathing. That is the reality," Guardiola said.

"The players have to be focused on Aston Villa. Like all the managers have said before like Jurgen (Klopp), we did our job.

"Now the right people have to clarify, they have the obligation and duty as soon as possible to come out all around the world and clarify what the situation is and why they took their decisions.

"Why is Ajax Amsterdam who have four or five Champions League titles but will not be there? They have to clarify that for me, for all of us.

"Every club defends its position. Don't be cynical. Everyone makes their own interests. When you talk about the Premier League and UEFA, they look after their interests.

"UEFA have also failed here because they should have communicated and been in touch earlier.

"They have to clarify because I don't have all the information as to why some clubs are they and others not." 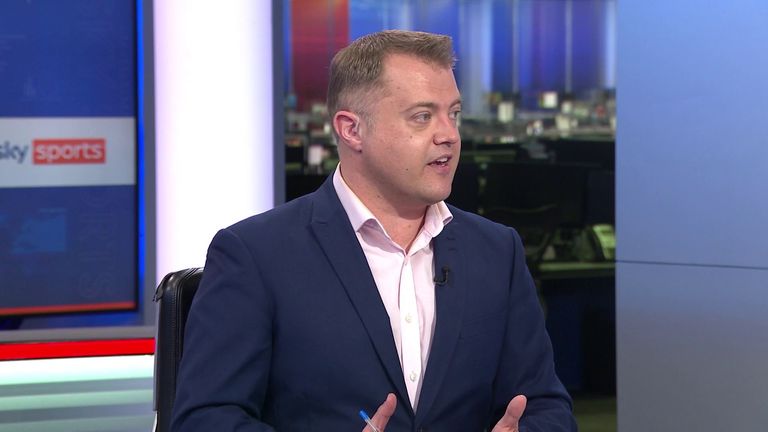 Premier League CEO Richard Masters has chaired a virtual meeting over the European Super League proposals with the 14 Premier League clubs not involved in the breakaway competition.

The concept was emphatically rejected by all the clubs present, and Sky Sports News' chief reporter Bryan Swanson analysed their subsequent statement.

Swanson said: "Tellingly, they have reminded the six clubs of the rules. They have specifically mentioned the rules in their statement, saying that the 14 clubs at the meeting unanimously and vigorously rejected the plans for the competition.

"The Premier League is considering all actions available to prevent it from progressing, as well as holding those clubs involved to account under its rules.

"What we do know about the Premier League rules, is that there is one in particular that says that should a club, during a season, wish to join another competition, they have to seek the written permission of the Premier League board to do so.

"Remember, this is still an unsanctioned competition. That is something the Premier League will be really mindful of.

"Still questions need to be asked - exactly what measures are the Premier League considering? What specifically are they looking at to prevent, what can be done here?

"What this once again graphically highlights, is that the owners and the executives of the decision-makers, of those 'Big Six' clubs there, they should come out publicly on camera and be accountable and explain their decision making." The meeting began with an update on the government position on the breakaway, which is that they will do everything to prevent it.

The 14 Premier League clubs want the six breakaway teams to remain in the Premier League but have made it clear that certain people from the six clubs would not be welcome back in the division.

There is also concern that executives from the six clubs have been sitting on very important Premier League committees and they have been privy to commercially sensitive and confidential information that could be used by the European Super League.

The 14 do not want to end up in a prolonged court case, but believe that whatever happens, the Premier League needs a total reset.

The reaction has been swift, damning, passionate and emotional to say the least. Hear from Gary Neville, Kaveh Solhekol, Bryan Swanson and more...