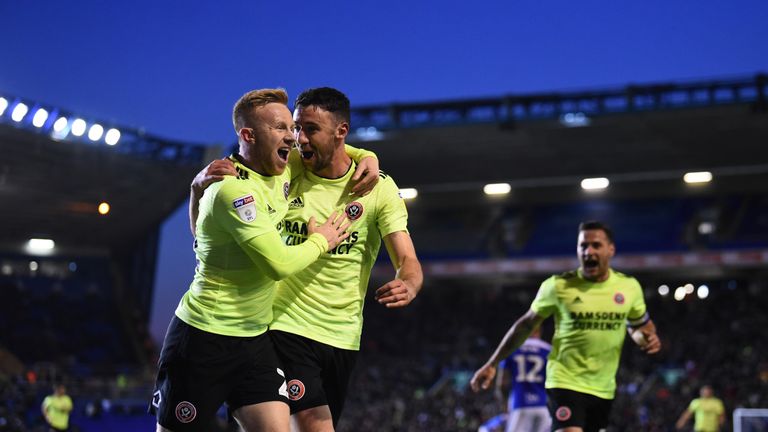 Sheffield United defender Enda Stevens says the club must make Bramall Lane a fortress if they are to survive in the Premier League.

United lost just four times at home last season as they earned promotion from the Championship, finishing second behind Norwich.

The Blades, who are back in the top flight after a 12-year absence, open the 2019/20 campaign with a trip to Bournemouth before home fixtures against Crystal Palace and Leicester.

Chris Wilder's side welcome Watford on Boxing Day but have tough trips to Manchester City and Liverpool to end 2019 and start 2020.

Speaking to Sky Sports News on Premier League fixtures day, Stevens said of their difficult-looking start to the new year: "That was the one that caught the eye. January looks really tough. That is what you want. You want to prove yourself as a footballer.

"This was the day it really sunk in. This morning I woke up with loads of texts from my friends about when we are playing Manchester United and Liverpool.

"That buzz is back. I have got three weeks off to relax and clear my head and then look forward to pre-season.

"You look forward to that feeling of getting out at Bramall Lane. I am sure the atmosphere will be electric and hopefully we can start putting on really good performances.

"We don't want teams coming here and enjoying themselves. We will be getting after them and making it as uncomfortable for them as possible. Hopefully we can keep that fortress mentality at Bramall Lane."

Former Bayern Munich winger Franck Ribery has been linked with a shock move to Sheffield United this summer, and Stevens is not surprised that such rumours exist.

"I didn't even see that to be honest but it (transfer rumours) is going to happen because we are in the biggest league in the world and these players are going to be linked.

"We need to strengthen our squad, there is no two ways about it. Players are going to come in and we are going to have to build up a new squad and hopefully a good enough one to keep us in the Premier League."

From the 2019/20 season in the UK and Ireland, Sky Sports customers will be able to enjoy:

The key dates of the Premier League 2019/20 season

The new season is scheduled to start on Friday, August 9 and will conclude on Sunday, May 17.

Meanwhile, the Community Shield between Manchester City and Liverpool will take place on Sunday, August 4.

Take Your Seat for more live Premier League games than ever before. To upgrade ahead of the new season, click here