Chris Wilder wants to add a new left-sided centre-back in the January transfer window and has been keen on Preston's Ben Davies since the summer, but the manager expects loans rather than permanent deals

Manager Chris Wilder wants to add a new left-sided centre-back in the January transfer window and has been keen on Davies since the summer.

The need for a new centre-back has since been increased following a serious knee injury to Jack O'Connell, who could miss the rest of the season.

The 25-year-old Davies, one of a limited pool of left-footed centre-halves, is about to enter the final six months of his deal at Deepdale.

Championship promotion-chasers Bournemouth were in talks to sign Davies in the summer but could not agree a deal. 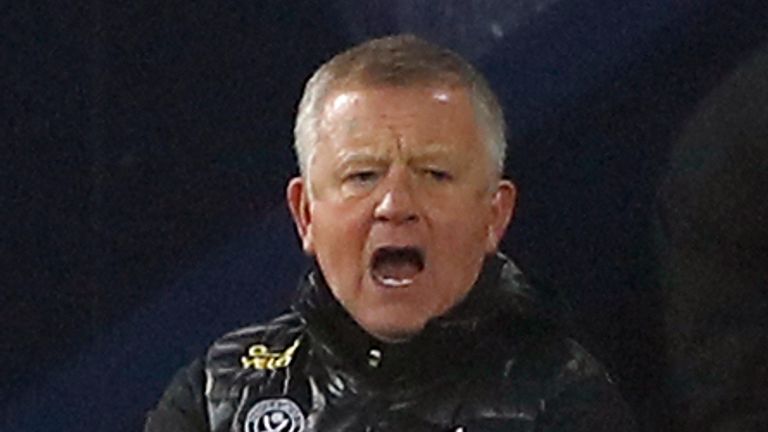 Davies came through Preston's academy and has made 135 appearances for the first-team, scoring twice.

Boss Wilder recently warned he could not wait until halfway through next month's window to make new additions, but expects loans rather than permanent deals.

"I can't wait until mid-January or the end of January," Wilder told Yorkshire Live. "There are a host of games over that period and our business needs to get done now.

"There are conversations. There won't be permanent transfers. There will be loans. There's been discussions through agents who represent players and through clubs as well.

"It's a fluid situation, as you can imagine. I'd like to use both loans and I'll be putting my recommendations to the board.

"As I've always maintained, to get our targets two or three things need to come to the table.