George Baldock commits to Sheffield United by signing a new signing that runs until 2024; he played 40 times last season as the Blades finished ninth in the Premier League; follow Southampton vs Sheff Utd on Sky Sports Premier League and Main Event from 11.30am; kick-off 12pm

Sheffield United defender George Baldock has signed a new contract keeping him at the club until 2024.

Baldock, 27, has been at Bramall Lane since June 2017 when he joined from Milton Keynes Dons on a three-year deal for an undisclosed fee.

He was part of the team that won promotion to the Premier League in 2019 and at the beginning of the 2019-2020 season signed a new three-year contract.

Baldock made 40 appearances for Sheffield United last season and was an ever-present in the Premier League campaign as they finished ninth in the table.

He has played 11 times so far this season with the Blades five points adrift at the bottom of the Premier League.

"I still believe we will get out of the situation we're in and I'm absolutely delighted to sign a new deal," Baldock told sufc.co.uk.

"We all need to take individual responsibility on the pitch in the key moments, we're not doing enough at the minute, but we're fortunate that we have an opportunity to turn things around. 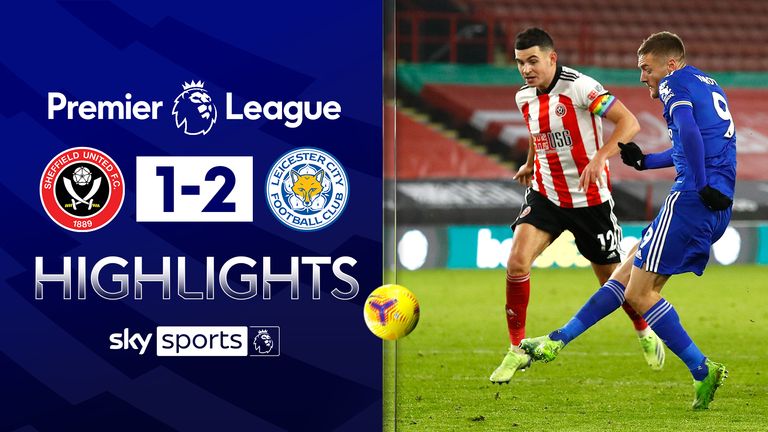 FREE TO WATCH: Highlights from Leicester's win over Sheffield United in the Premier League

"We've got a good group in the dressing room, many who know what it takes to get out of these sticky patches, albeit not in the Premier League. I'm certainly full of confidence that we can put things right.

"I've had the best years of my career by far with the Blades, I've got a good relationship with the fans and I love living in the city, so now it's about sorting out what's happening on the pitch."

Fellow defender Rhys Norrington-Davies, who is on loan at Luton Town, signed a new deal earlier in the week.