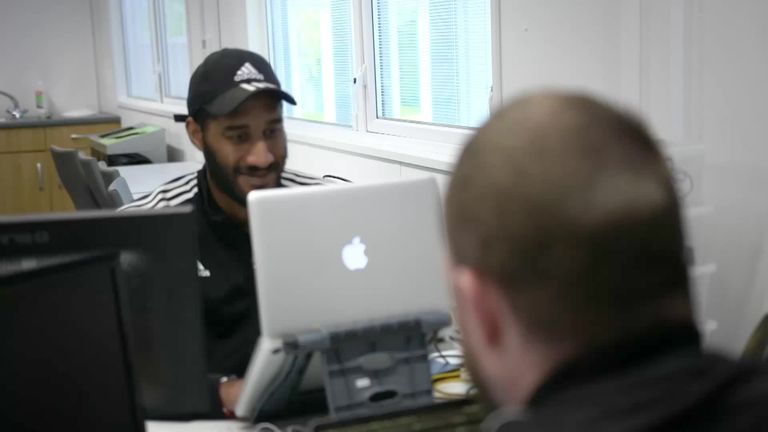 To mark International Epilepsy Day, Sky Sports News visited Watford to meet one academy analyst who has not let the condition hold him back

Daniel Bedeau's dreams of playing football may have been stopped by his epilepsy, but that has not held him back in his work as an analyst at Watford.

Bedeau, who works with the club's academy, had been a keen footballer until seizures forced him to give up playing, but he is back on the training pitches after landing a dream job at the Premier League club.

People with epilepsy have one of the lowest rates of employment among disabled people with just over a third (34 per cent) of people who identified epilepsy as their "main" health condition are in employment, according to figures from the Office for National Statistics.

Speaking to Sky Sports News to mark International Epilepsy Day, Bedeau said: "You can overcome any stumbling block you have in front of you if you have the right support and you have the desire to keep pushing.

"You need to understand epilepsy because each person's is different and if you feel that they are more than capable of doing the job then I don't see why you can't employ them."

Watford's head of academy Barry Quin added: "You give people an opportunity and see if they thrive. They have got to be judged on whether they can do the job.

"If they can do the job, and you just have to make minor adjustments, so be it."