Nuno Espirito Santo has told Wolves to put their FA Cup semi-final exit behind them and push for a Europa League place through the Premier League.

The Portuguese insists his players have moved on from their Wembley heartbreak, which saw them throw away a two-goal lead against Watford to lose 3-2 in extra time.

Wolves currently sit in eighth place and travel to Southampton this weekend where they will look to leapfrog Leicester into seventh, a position which could provide a place in Europe next season in their maiden campaign back in the top flight.

"You have to organise your thoughts, and what we feel now is pride. What we achieved in the FA Cup was a good thing. Now, we have to move forward," said the Wolves boss.

"We look behind and see how we did things, how we do it now, and how we do it in the future. It is always with the idea of being stronger and a better team.

"We want to finish as high as we can in the league and the next game is always more important and that is Southampton - tough challenge. They are a very good team, organised, they have good players and a good manager." 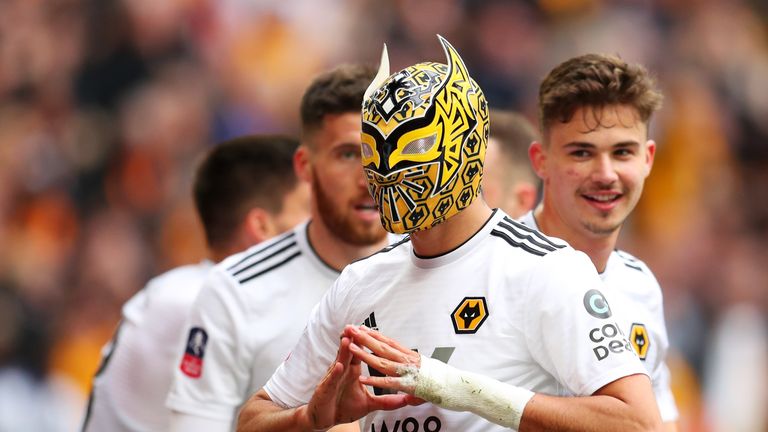 Something which Nuno hopes will help Wolves in their remaining matches is another warm-weather training camp in Marbella.

Wanderers will head to the Spanish resort for the second time this season after Saturday's game at St Mary's and Nuno is a strong believer in its benefits for unity within his squad.

"This was planned and we are proceeding with the plan, going to the training camp to regroup and become stronger for the next games," he said.

"It's been good (previously). We think it allows us to spend more time together - not only in terms of training sessions but social life.

"We have breakfast together, train together, eat lunch together, eat dinner together. Sometimes we spend much time together after dinner doing different activities.

"It allows us to be in a different environment, but spending more time together. We can see that's really important, so that's the idea. It's a really enjoyable time for everybody."