Bristol City head coach discusses his side's preparations for the resumption of Championship football; Robins are one point below the play-off places with nine matches remaining 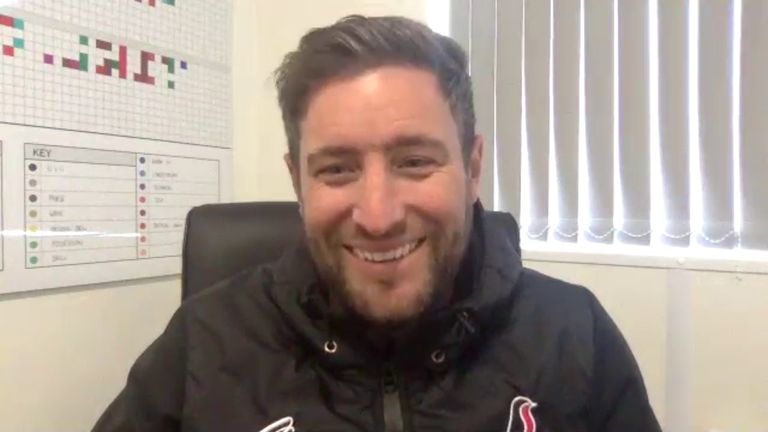 An 8x10ft giant screen has enhanced Bristol City's socially-distanced training sessions ahead of the Championship's restart, and is doubling up as a home cinema for Lee Johnson's family...

The City boss is no stranger to employing innovative research and methods to help his side climb the Championship table and boost their prospects of reaching the Premier League.

Johnson has previously observed an A&E ward in a hospital and gained expertise from SAS officials to learn how other groups operate under pressure.

The forward-thinking young coach has also previously professed to being the first man in English football to use drones as a tool for training analysis, with the devices recording every session.

However, as well as being a useful piece of equipment to help his squad return to second-tier action, Johnson reveals his latest gadget got him into a spot of trouble when he snuck it away from the club's Failand training ground for his family to enjoy watching films on outside, during the recent warm weather.

"In this COVID period I had this mad idea in my head that I was desperate to bring this big screen home and play it in my car park," he told Sky Sports News.

"We had a fantastic evening the other night me and my family roasting marshmallows over a firepit, literally with this 8ft by 10ft screen.

"It was absolutely brilliant, I loved it but it didn't go down too well with the analysts and the CEO so I had to get it back as quickly as possible.

"We are really lucky here we've been able to spend on hardware, software and various pieces of technology.

"Something I have been asking for a while was the big screen on quite a regular basis actually, it helps with individual learning styles.

"I think that works on all learning styles and makes it quickly bed in. Everybody learns at different rates, it's not a case of re-inventing the wheel, it's a case of simplifying it and I think this technology does that and it definitely benefits the younger players."

'I'm proud of squad's attitude ahead of Championship restart'

City's last Championship result prior to the suspension of Championship football amid the coronavirus pandemic was a 1-1 home draw against play-off rivals Fulham at Ashton Gate on March 7.

With City finishing 17th, 11th and eighth in the last three seasons respectively, the Robins' boss is ready to push on and make it into the play-offs this time around, with his side currently one point below sixth-placed Preston in the table.

Johnson says the build-up to City's return has been positive with the squad possessing the right mindset, and key players such as Benik Afobe, Jay Dasilva and Tomas Kalas having all returned fully fit after suffering lengthy injury setbacks before the three-month hiatus of second-tier action. 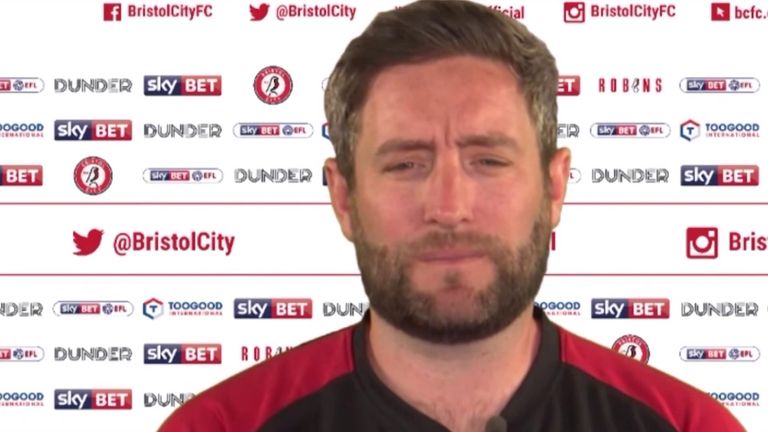 "I've been really happy with the lads, the players have to be good students too, I couldn't be prouder of the boys in terms of the physical and mental condition that they're in," Johnson added.

"It's a unique set of circumstances we find ourselves in and inevitably it's going to be the team which is the best prepared, physically, tactically and mentally which comes out on top.

"The Championship is one of the most interesting leagues anyway, add this little bit of spice into it and it's going to be fascinating with 27 points to play for across the board.

"People like Benik Afobe, who was so key to the start of the season and picked up that ACL injury, Jay Dasilva, Tomas Kalas. I think for us to have our key players fit will be really important.

"Often the quality of the Championship sides come down to the depth and if you've got weapons and ammunition to come off the bench then you can be successful."

City have won more games away than they have at home over the course of the 2019-20 campaign to date.

Johnson predicts that matches behind-closed-doors could prove beneficial for players who could fare better playing in front of fewer spectators at Ashton Gate and at rival Championship grounds.

"You often hear about players that are 'World Cup' in training and can't bring it out in the matches," the head coach explains.

"That balance is going to be key and what we have to do is get the boys into a performance state and build it into the games as well."

Sky Sports will show 30 Championship games as well as exclusive broadcasting of all 15 EFL play-off games, when the season restarts on June 20.