Eddie Howe says Bournemouth may go back into the transfer market despite having already signed Dominic Solanke and Nathaniel Clyne in January.

Bournemouth paid £19m to sign England U21 striker Solanke from Liverpool on Friday, with full-back Clyne also arriving on loan from Anfield until the end of the season.

Clyne performed well on his Cherries debut, despite his new side crashing out of the FA Cup 3-1 at home to Brighton, and Howe will now assess whether or not he needs to add further to his squad.

"It's difficult to say with clarity, yes or no, at this point; we're still looking at certain areas," Howe said when asked about his transfer plans.

"We're delighted players of that quality [Solanke and Clyne] want to come to the club.

"I think they see a good environment, culture and a way of working that can hopefully bring out the best in players."

Highly-rated striker Solanke will help boost Bournemouth's attacking options but will not be fit until February owing to an existing hamstring complaint. 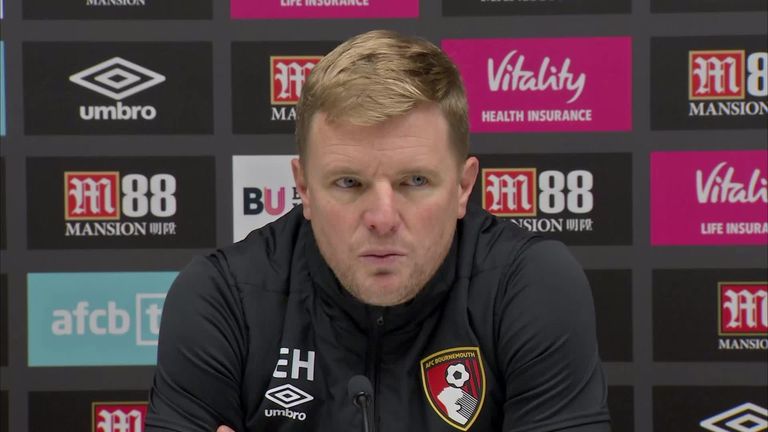 Bournemouth boss Eddie Howe says new signing Dominic Solanke is likely to miss most of January with a hamstring injury.

Bournemouth have already helped Callum Wilson develop into an England international and Howe wants to help Solanke improve further and add to his solitary cap.

"It's about everything really, we're looking just to develop the player, individual, person," added Howe.

"We've got to try and push as hard as we can to help them maximise everything they've got.

"It's about developing potential, that's what we've always done, we've always believed in youth, and to work on the training ground to foster that.

"That's how we've worked for a number of years, and that won't change." 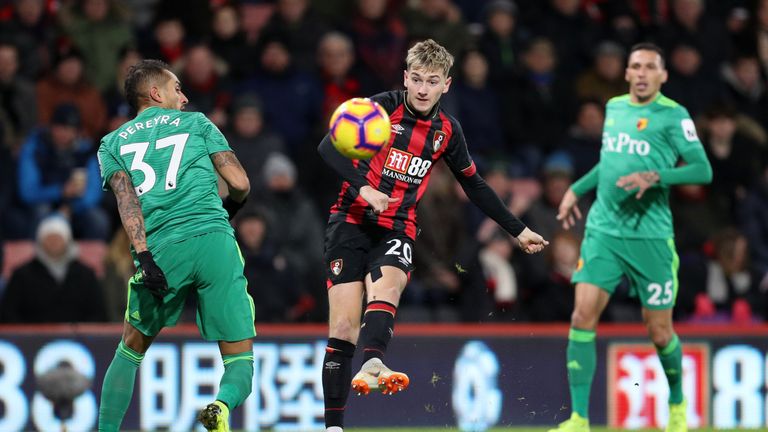 Highlights from Bournemouth's draw against Watford in the Premier League.

Howe praised Clyne for adapting quickly enough to make his debut at the Vitality Stadium on Saturday, just a day after completing his loan deal.

"It was a good performance from Nathaniel, who had a difficult job coming in so soon," said Howe.

"But he fitted in well, learned on the job really and I thought he was excellent.

"We needed a right-back with our injuries, and Nathan was the obvious candidate; a player of huge experience and undoubted quality."