Even in the Championship, David Brooks is just delighted to be playing regularly again.

The Welsh midfielder was one of the breakout young players of the 2018/19 season in the Premier League after signing for Bournemouth from Sheffield United - who were then in the Championship - but missed most of the last campaign after suffering a lengthy ankle injury.

He returned post-lockdown to try and help the Cherries secure survival, but could not quite hit the high standards he had previously set himself, and they went down on the final day of the season.

How to watch midweek Championship live on Sky

Here is how you can watch midweek Championship matches live across Sky Sports this week.

"For the majority of the team it was our first relegation, and it was tough to take," Brooks tells Sky Sports after winning the Sky Bet Championship Player of the Month for November.

"For me personally it was difficult, because I'd had quite a lot of the year out and wasn't really able to contribute in the way I wanted to. But we knew we'd have a great chance of going back up right away because of what we had in our dressing room.

"We lost a few players in the summer but kept quite a lot of the core that was fundamental to us in the Premier League. Dom (Solanke) has hit the ground running and scored a few goals, and we've kept the skipper Steve Cook. We're looking strong and have good quality and squad depth, which should help if we need to rotate or get a couple if injuries."

In total Brooks missed almost a year of action after having multiple surgeries to repair his ankle. He may not have played at all last season were it not for the suspension of football for several months, and potentially would even have missed the Euros with Wales.

It was a tough time for a player who had already suffered some big setbacks early in his career, but had largely been on the rise since his time with Sheffield United.

"You're just sat at home for a long time, really," he says. "I had a cast on for a few months, and then I had another operation so the whole process started again.

"There was a lot of PlayStation involved! And a lot of doing nothing. The lads helped as much as they could, but when you're out for that kind of period it's all about your own mental strength.

"When I came back at the end of last season I wanted to perform at a level I couldn't really reach after a year out. It was difficult on me physically and mentally, I wanted to try and help the team but it wasn't enough.

"This season I just wanted to get a run of games under my belt and get back playing, and trying to get goals and assists. Having so many games in the Championship has made it easy to get into the rhythm of things."

Referring back to those previous setbacks, Brooks recalls the early days of his youth career spent at Manchester City. He spent a decade at the club before being released in 2014.

It was a real wake-up call. And it got even tougher as he was turned away from several other clubs for being too small.

"All through school I had it in my head I was going to be a professional footballer," he says. "But because I was at Manchester City I probably thought I was higher up than I actually was. I was maybe in a bit of a fake position.

"Then you get this reality check at 17 when you don't get your first professional contract, and you then have to go on trials and they're all turning you down.

"I went to Bolton and I didn't really like the training there, and they turned round and said I was too small and couldn't offer me anything."

A few months later he found himself at Sheffield United, who gave him the chance to develop.

"It was a difficult period but thankfully they gave me the chance, and gave me a few years to grow into my body, which is what I needed," he adds.

"I needed to play games because I wasn't getting any at Man City. It gave me the chance to play, grow, get quicker and stronger, and it stood me in good stead for my career. I am hugely grateful to them."

Brooks eventually made his debut for Sheffield United in August 2016, a month or so after Wales had their incredible run to the semi-finals of the Euros, and made his own international debut in October 2017.

Watching the likes of Aaron Ramsey and Gareth Bale make history for Wales was a huge source of inspiration to Brooks, and now he is hoping to do the same alongside them at next summer's tournament.

"It was amazing watching it all on TV," he says. "But knowing you're coming through as a player it inspires you to try and get into that squad and try and have your own experience like that.

"They had never been to that stage of a tournament and as a fan it was the same excitement for all of us. We had such a good squad and we deserved to finish where we did.

"It was a bit weird when you first start breaking in. Gareth Bale was at Real Madrid, Aaron Ramsey was at Arsenal. Then there are the likes of Joe Allen and Ashley Williams who you watched every week in the Premier League.

"Then all of a sudden you're in the team and you have to sing in front of them! And go into training with them. But then you start getting used to it, and it's a great experience going away and trying to learn. Hopefully I have many more years there and we do well.

"Every kid dreams of representing their country at a major tournament, and I'm no different. I'm desperate to go and hopefully I can be fit and playing well, get into the squad and have a good Euros.

"We're all looking forward to trying to do it again. We wanted it last summer, but hopefully it will happen this time. It's only a select few so to get to the tournament and represent Wales there would be a fantastic honour for myself and my family. If I could do that it would be the highlight of my career." 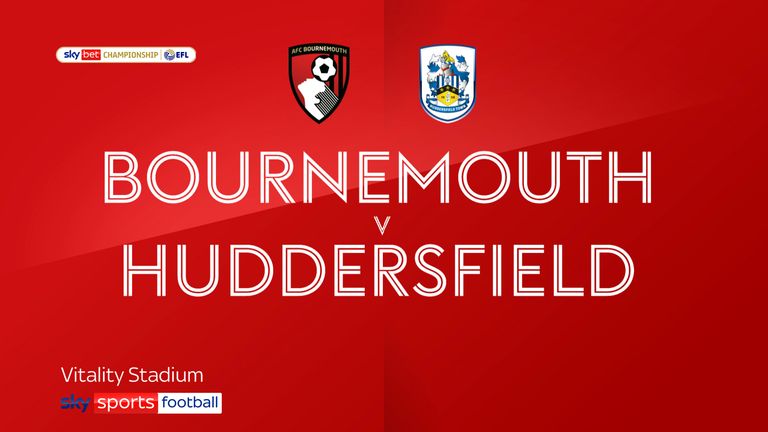 Before then, Brooks will hope to achieve another career highlight by clinching promotion with Bournemouth.

Jason Tindall is now in charge at the club, having previously been assistant to Eddie Howe for years at the Vitality Stadium, but the shift seems to have paid dividends, with the Cherries currently occupying an automatic-promotion spot in the Championship.

The transition has been virtually seamless thus far, according to Brooks. And there are realistic ambitions they can become the first team since Newcastle in 2017 to bounce back immediately to the Premier League without needing the play-offs.

"He obviously knows all the players and it was a bit weird getting used to calling him gaffer! But we got past that and it's fine now," Brooks says of his new boss.

"The managerial style is a bit different to under Eddie Howe, but he knows what he wants to do, and we're playing in his system really well. Training is a bit different now we're in the Championship, but it's all running smoothly at the moment. Sometimes it's good to freshen things up after a relegation.

"The manager has not said it, but we know the aim. We all want to get promoted and win the league, and that's a real possibility with the quality we have. It doesn't need to be said, but hopefully we can do that."

If all goes according to plan, the summer of 2021 could be a glorious one to remember for Brooks.