Welch is the first female to have been appointed to a match as an English Football League referee; the 37-year-old oversaw Port Vale's 2-0 away victory at Harrogate on Easter Monday; Dermot Gallagher tells SSN there is no "ceiling" for what Welch can achieve following her EFL debut Rebecca Welch made history on Monday as she became the first woman to referee an EFL match in Port Vale's 2-0 win at Harrogate, with both sides' managers offering praise for her decision-making during the game.

The 37-year-old from Washington, County Durham had a day without any major controversy, barring a contentious decision to wave away Harrogate's appeals for a first-half penalty.

Port Vale defender Leon Legge clattered into the back of Connor Hall in the 31st minute and, despite loud appeals from the home side, Welch waved play on.

Before that, Welch turned down an appeal from Harrogate when Jack Muldoon's cross hit Nathan Smith on the hand.

Victory saw Darrell Clarke's side leapfrog Harrogate into 15th place in the table, with both sides well clear of relegation trouble.

Harrogate manager Simon Weaver said he was impressed by Welch's performance after his side's 2-0 home defeat and hopes her display signals the start of more women officiating in the EFL.

"I think she was very good indeed," said Weaver. "Important calls were made throughout and they were the right calls.

"Hopefully it's just par for the course that we see female referees and officials in the EFL. It's about time."

Port Vale boss Clarke agreed with his opposite number's assessment of Welch, who is in the elite category of referees and is on FIFA's international list.

"I thought she was focused and didn't get much wrong," Clarke said.

"I was moaning about one or two decisions, but generally it was quite consistent.

"We need to see more women referees and lineswomen moving forward. They should be judged like anyone else and she's had a good start." 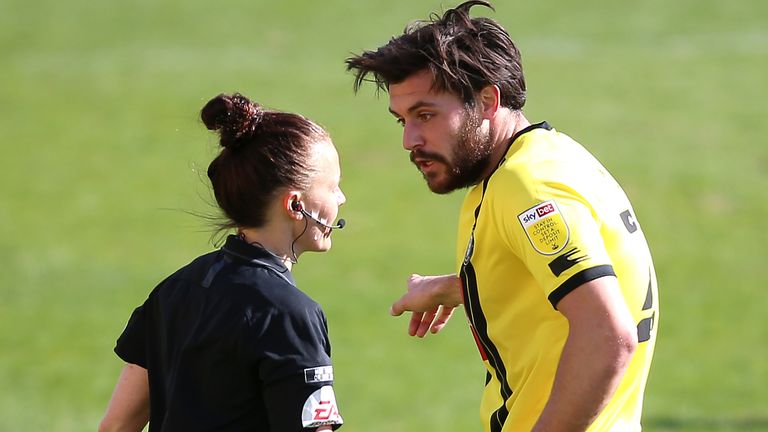 Gallagher: What a day for Welch

Former Premier League referee Dermot Gallagher has told Sky Sports News there is no "ceiling" for Welch in terms of what she can achieve in her officiating career, following her EFL debut.

"It's all little milestones, isn't it? I read an article by Rebecca last week, it just exuded pride in what she's done," Gallagher said.

"Her journey to this stage has seen her referee many, many many big important games. She has been on the WSL for a number of years, she referees in the Champions League, in the Women's Champions League.

"Let's be honest, to go out at Harrogate Town, what a day for her.

"She has said how proud she was, how proud her father was.

"The only blot for her - and I understand because I lost my father when I got to the top of the refereeing tree - is that she said her father had been so instrumental, in helping her, but because of the pandemic he couldn't be there today. 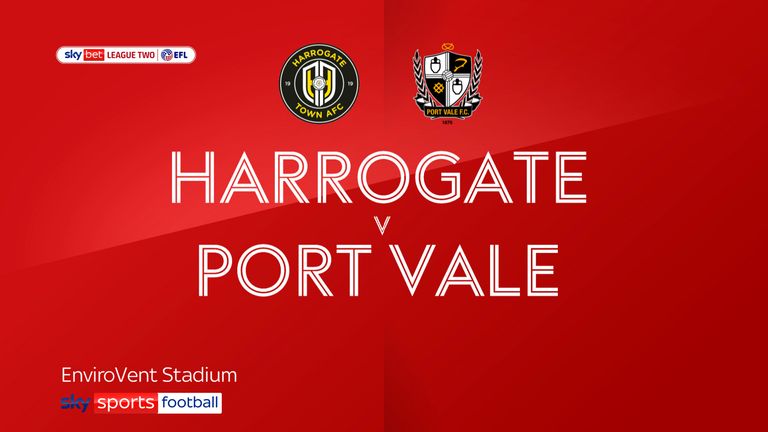 "But what I would say, without doubt, he'd have been there in spirit, he'd have been tracking every movement on the media and when she gets home and relays everything to him, he'll be the proudest dad in the world, I shouldn't wonder.

"She'll have had to work hard but everybody has to work hard to get to that stage - you don't get there by luck.

"It's a long journey and it can be a tough journey at times. It can be very, very lonely when you start out, local parks - you are really on your own.

"As you go up the ladder, it's all about the ladder and time you have to devote to training.

"It's a long journey but if you spoke to Rebecca tonight, I am sure she would say 'I would do every second of it again'."

When asked how far Welch's refereeing career can go, Gallagher said: "We all have our individual voyage, we all guide ourselves.

"The more you go up, the more you realise how good you are, the better you perform.

"There is no ceiling, it's up to her to do what she wants."