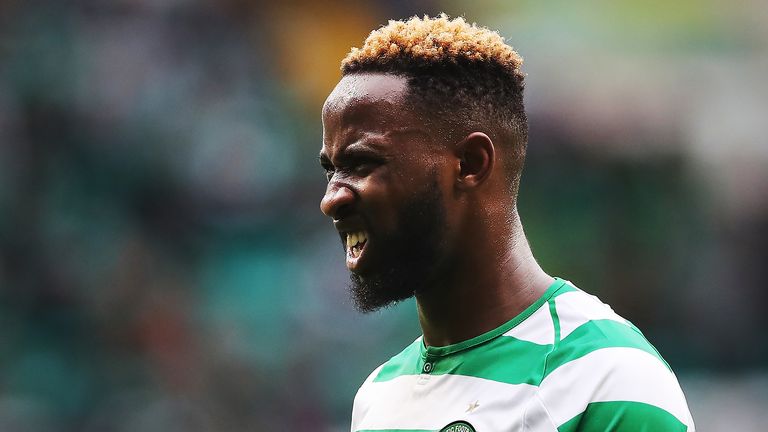 Brendan Rodgers is confident Celtic will hold onto striker Moussa Dembele despite interest from Lyon.

Sky Sports News understands Lyon are the club to have made the approach.

Dembele was left out of Celtic's squad to face Suduva on Thursday night, when the Scottish champions beat FK Suduva 3-0 (4-1 on aggregate) to reach the Europa League group stages.

"We will see over the course of the next 24 hours where that is at," Rodgers said. "Like I said before the game, the club have had a significant offer, it has been ongoing now for a couple of days and we have taken Moussa out of it.

"We don't want him to go. We understand where it is at and we understand the offer is significant but it is no good for us. You know, it has to work for both.

"For Celtic, if we don't have someone of a certain calibre and quality to come in, then unfortunately it can't be done because he is not a player that we want to lose so we will see how that goes over the next 24 hours."

When asked if he is confident Dembele will still be at Celtic after the transfer deadline closes at midnight on Friday, Rodgers replied: "Yeah".

The 22-year-old took to social media on Thursday evening where he posted a series of cryptic tweets on his Twitter account which added to the speculation of his future.

Just before midnight, Dembele tweeted an image containing the phrase "A man without his word is nothing. A real man keeps his word."

Don't get it wrong Bhoys and Ghirls nothing to do with people who really care about the club @CelticFC 🤐too much love and respect for you and the crest #CarefulWhoYouCallTheLeaderOfYours pic.twitter.com/3FR1YoJLHr

On Wednesday, Lyon president Jean-Michel Aulas said the club have made contact with Dembele regarding a transfer and that he is interested in a move to France.

Speaking at a press conference, Aulas confirmed the talks, saying: "We are interested in Dembele, we have contacted him, he is interested, it is one of the tracks but we have others."

Any deal would have to be completed by midnight on Friday when the transfer window shuts in Scotland and France.