Bologna and Eintracht Frankfurt are interested in Calvin Ramsay; Leicester City are also tracking the 18-year-old; Aberdeen have approached St Mirren over a deal to sign Jamie McGrath

Aberdeen defender Calvin Ramsay is wanted by a number of European and Premier League teams, including Leicester.

Eintracht Frankfurt and Bologna are both watching the 18-year-old, while Leicester City sent a scout to Pittodrie to watch Ramsay on Boxing Day in the Dons' 2-1 win over Dundee.

Sky Sports News understands Aberdeen will be looking for a club-record fee before they even consider selling their prized asset.

The Dons' record fee for a player sale is £3m, when they sold Scott McKenna to Nottingham Forest in September 2020.

No need for Dons to sell in January

Aberdeen chairman Dave Cormack recently confirmed the club do not need to sell any star players, including Ramsay, despite posting operating losses of over £5m.

He said: "We don't need to sell players in January, I can tell you that right now.

"In saying that, if the right price comes along for the right player and we have the ability to replace that player, then it is something we would look at.

"However, we won't be encouraging any last-minute window approaches for the sake of us being unable to replace players." 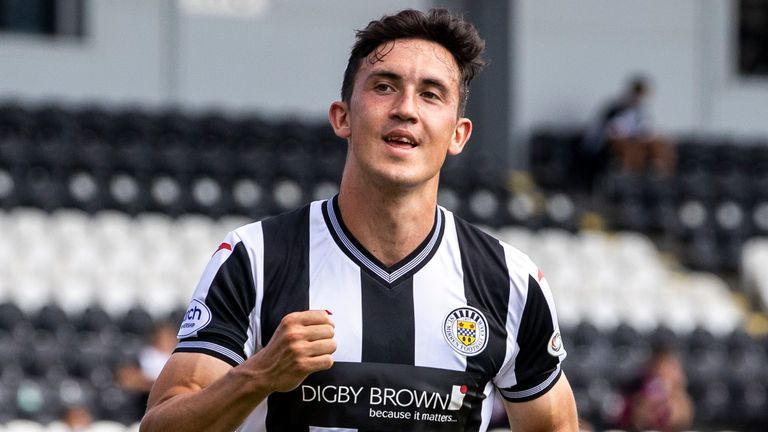 Aberdeen have approached St Mirren over a deal to sign Jamie McGrath.

The midfielder's current contract ends in the summer and he is yet to accept a record-contract offer that would see him become the highest-paid player in the Paisley club's history.

It is understood Aberdeen are keen to tie the Republic of Ireland international up on a pre-contract or agree on a fee to sign him this month before he becomes a free agent.

Several EFL clubs had been linked with McGrath, who almost joined Hibernian in July before the deal collapsed on deadline day.