Neymar has accused referees of ignoring his reports of racist abuse in an impassioned defence following his sending off in Paris Saint-Germain's 1-0 defeat by Marseille on Sunday.

The Brazilian was one of five players sent off in a last-minute brawl at the Parc des Princes after striking Alvaro Gonzalez in the back of the head, having had several incidents with the Spanish defender previously in the game.

Neymar was heard on pitchside microphones informing the fourth official he had heard a racist comment while walking off the pitch and later accused Gonzalez of racism on Twitter, urging the authorities to use VAR to clarify matters.

In a statement released on Monday, Neymar claimed he hit out at Gonzalez after realising match officials "would not do anything".

"I am black, the son of a black man, the grandson and great-grandson of black men," he said in an Instagram post. "I'm proud and do not see myself as different from anyone else.

"Yesterday, I wanted those in charge of the game (referees and assistants) to be impartial and understand there is no place for such prejudice."

The statement added: "Should I have ignored it? I don't know yet… With a cool head today, I say yes, but my team-mates and I asked the referees for help and we were ignored. That's the point!"

Neymar said he will accept any disciplinary action but called for Gonzalez to also be punished.

He added: "Racism exists. It does exist, but we have to put a stop to it. No more, that's enough!"

PSG urged the French league's governing body (LFP) to investigate the matter in a statement on Monday and said they "strongly support" Neymar.

"The club restates that there is no place for racism in society, in football or in our lives and calls on everyone to speak out against all forms of racism throughout the world," a statement read.

Marseille defended Gonzalez in a statement of their own on Monday, saying the player had been the target of "constant harassment, consisting in particular of death threats" after private telephone numbers were released on Brazilian media and social networks.

"Alvaro Gonzalez is not racist, he demonstrated it to us by his daily behaviour since joining the club, as his team-mates have already testified," the statement read. 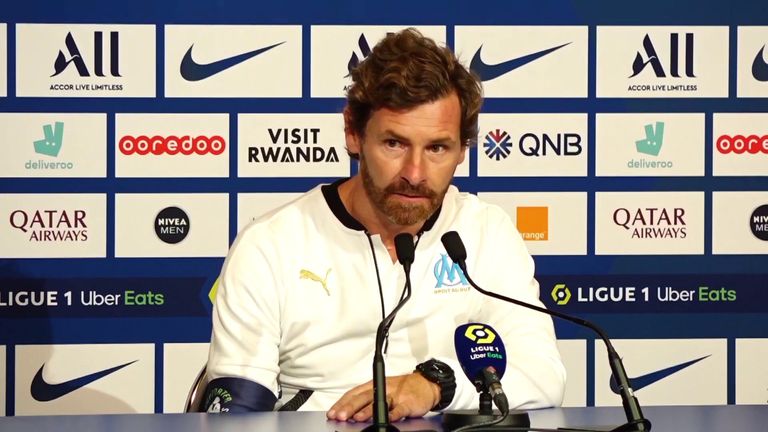 They said they would fully cooperate into an investigation of all the events surrounding the match, and the 24 hours which preceded them.

"Marseille is the very symbol of anti-racism in French professional sport, given its history and that of the city of Marseille, the diversity of its stands and the relentless struggle it leads always to eradicate this scourge," the statement added.

"Its players demonstrate it in their daily commitment on and off the pitch."

The French League's disciplinary committee will meet on Wednesday to discuss all the incidents - but a decision on punishments may not be made until next week if they need further details.