Watch England vs Belgium live on Sky Sports Main Event from 4pm and Sky Sports Football from 4.30pm on Sunday, or follow in our dedicated match blog on Sky Sports website and app; watch in-game goals and free match highlights shortly after full-time

Harry Kane could miss England's Nations League game against Belgium on Sunday because of a muscle injury picked up in training on Saturday.

Should the injury force Kane to sit out the clash at Wembley, then it is expected Everton striker Dominic Calvert-Lewin will keep his place in the side.

Calvert-Lewin continued his impressive start to the season by scoring on his debut against Wales in a friendly on October 8.

That impressive showing followed hot on the heels of the 23-year-old's nine goals for Everton - including two domestic hat-tricks against West Brom and West Ham - so far this campaign.

But for England captain Kane, it is another injury scare nine months after tearing his hamstring while playing for Tottenham - an injury that would have put his participation at Euro 2020 in doubt had it not been for the suspension of the tournament. 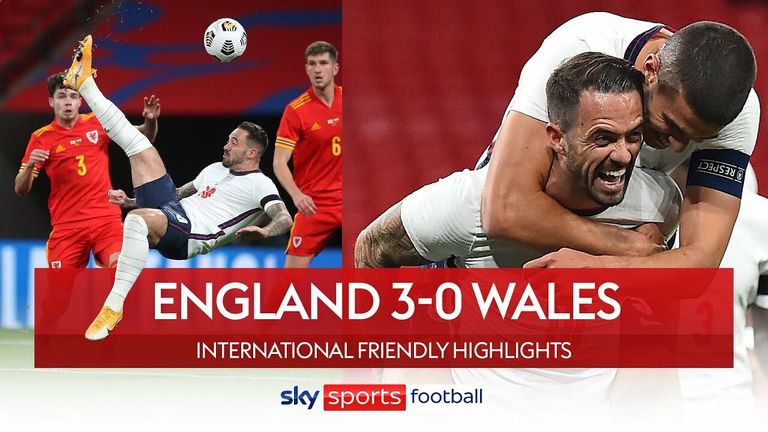 Highlights of the international friendly between England and Wales

West Ham's Declan Rice is also expected to be handed a start.

Abraham and Sancho available for selection

Speaking to the media on Saturday, Southgate revealed Tammy Abraham and Jadon Sancho could return for the Belgium clash.

Abraham, Sancho and Ben Chilwell missed the Wales game after they breached coronavirus regulations by attending a party at Abraham's London flat.

Southgate says he has now drawn a line under that incident.

"Tammy and Jadon both trained this morning, so everybody is available," said Southgate.

"They've obviously missed a bit of training, so that's a concern in terms of their load through the week.

"But that situation is done, they're back with the group and we move forward." 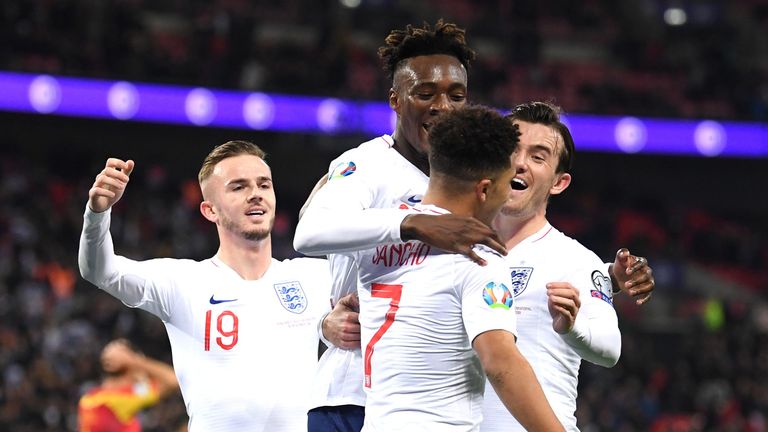 Dominic Calvert-Lewin, scorer of England's opening goal in their 3-0 friendly win over Wales on Thursday, is making the headlines for club and country.

His elevation to England striker might appear a somewhat rapid rise to casual onlookers, but it has been a lengthy process to get to this far in his career.

England, Scotland, Wales, Northern Ireland and the Republic of Ireland are all in Nations League action on Sunday, while France host Portugal.

So who are they all up against, who's available for selection and when can you watch the games on Sky?

All the details here