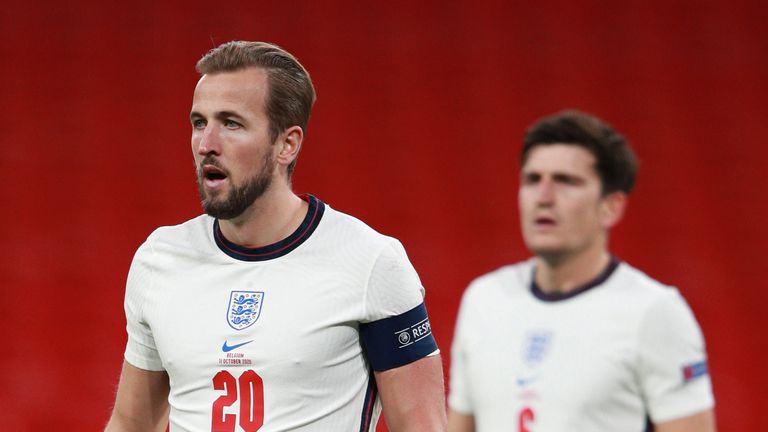 Are England and Tottenham on a collision course over the fitness of Harry Kane? Kaveh Solhekol reports

A club versus country row is brewing between Tottenham and England over the fitness and availability of Harry Kane, according to Sky Sports reporter Kaveh Solhekol.

The striker was a doubt for Sunday's Nations League game against Belgium due to a muscle problem, but emerged as a 66th-minute substitute as England won 2-1 at Wembley.

The 27-year-old sat out England's 3-0 friendly win against Wales on Thursday but has been plagued by injuries, with a hamstring tear last season prompting doubts over his participation in the European Championship before the tournament's postponement because of the COVID-19 pandemic.

Jose Mourinho expressed concerns this month over Kane's workload and called on Southgate to protect the striker by not playing him in all of England's games during the international break.

Kane was seen training with the rest of his team-mates at England's Bagshot base on Tuesday morning, but should he be risked against Denmark? 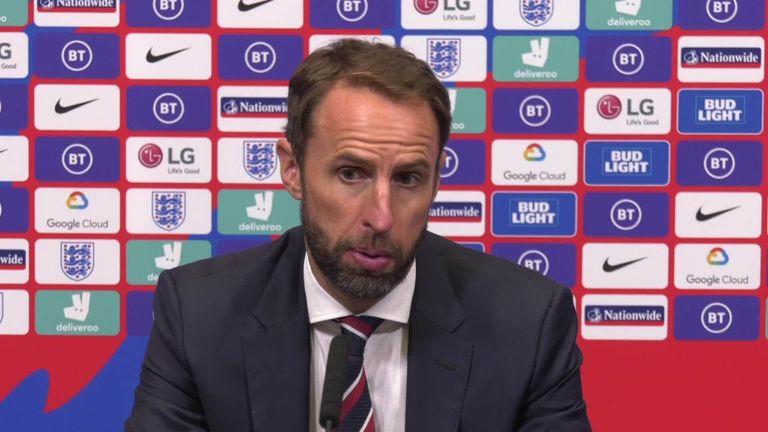 England manager Gareth Southgate: "Well, medically, there's been conversations, because that would always be the case. He started to train on the Wednesday, was a little unhappy with how he felt so then worked with our medical team the next couple of days. We scanned just to be certain but it's a muscular fatigue issue rather than an injury.

"He knew by then he could push on a bit, but he just needed a bit more confidence in it, and so his training week really wasn't suitable to start the game. He'll have gained more confidence from the spell he had [against Belgium], and so we hope he'll be good to start."

He later added in his pre-Denmark press conference: "Our issue with Harry before Sunday's game was to be able to perform at the highest level. Now, with the addition of a couple of days' training, it's not even an issue.

"He's been fully fit since the end of last week, just before the last game. He would have started the last game but hadn't had enough training time. He was obviously fine during the game so he's fit and available."

Tottenham head coach Jose Mourinho: "What I can promise to my friend Steve Holland and for Gary (sic) not to be jealous. For my friend Gary, I can promise that until the end of the season I don't play Harry Kane one minute of any friendly match.

"His match was a fundamental match for us. A match that means a few million pounds and means that we are in a group phase of a competition that we have ambitions."

Is a club vs country row brewing over Kane? 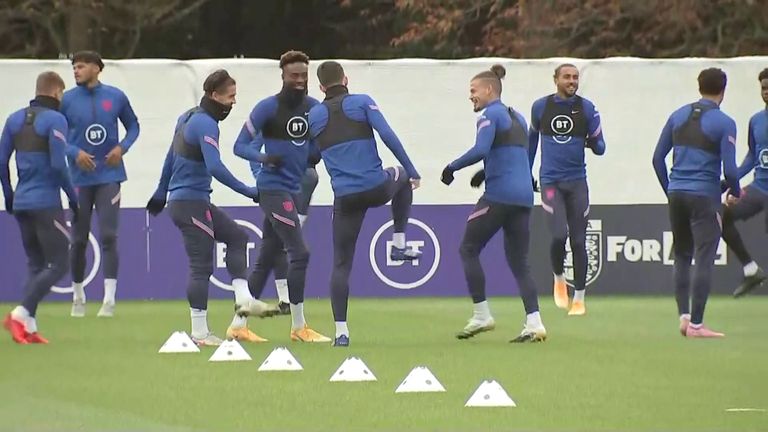 "There's a club vs country row brewing over Harry Kane. Kane didn't play against Wales last Thursday and he only came on as a substitute in the game against Belgium on Sunday, playing 24 minutes. The issue with him has been muscle fatigue - he's had a bit of a problem in the thigh muscle and England sent him for a scan to have it checked out.

"The scan came back all clear. It's just the result of him having played so many games already this season - in the past month, he's played 11 times. Eight of those games he started, and the feeling was as far as England were concerned was that if he doesn't feel right there was no point risking him.

"Interestingly, what will happen against Denmark? Tottenham will be concerned that Kane doesn't play if he feels he has a problem at all with this thigh muscle, but England are hoping that he will be able to start. Looking back at Gareth Southgate's time as manager, I can't remember a time when he has risked a player who hasn't been 100 per cent fit."

'Kane will be targeting Rooney's record' Harry Kane wants to play every game for England as he eyes Wayne Rooney's all-time top scorer record, according to Tom Huddlestone

"A lot of players carry injuries and want to play when it comes to England. Harry Kane I'm sure is exactly the same as he's made of tough stuff and is quite old school in his approach.

"He's started eight of his 11 games and I'm sure he's a bit disappointed that he's not started all 11. He'll want to be playing for England and he'll be looking at Wayne Rooney's England record.

"He'll be thinking he's missed two games to add to his goals and so a lot of players bend the truth in order to get onto the pitch as much as possible."