What's behind the Netherlands' transformation? Their UEFA Nations League semi-final against England is live on Sky Sports Football from 7pm on Thursday; Kick-off is 7.45pm

The Netherlands were stuck in a rut when Ronald Koeman took the job 16 months ago, but their fortunes have changed dramatically under the former Everton and Southampton boss. Nick Wright gets the view from Holland on the transformation - and the young stars at the heart of it.

The Netherlands' last meeting with England - a 1-0 friendly loss in March of last year - also happened to be Ronald Koeman's first game in charge. The Oranje were in a state of drift having failed to qualify for two consecutive major tournaments under three different managers, and the defeat in Amsterdam showed the size of the task facing the new boss.

As the two nations prepare to meet again in Thursday's UEFA Nations League semi-final, though, the Netherlands are a different beast. Koeman steered them through a Nations League group containing France and Germany and there has also been an impressive friendly win over Portugal - who they could meet again in Sunday's final.

Their progress owes a lot to the new man in the dugout, but from the rising stars in defence and midfield to the Tottenham and Manchester United target in attack, it is also down to a thrilling generation of young stars who play in line with the country's possession-based philosophy.

One area in which Koeman has undoubtedly succeeded is in altering the mentality of the squad. Their belief had ebbed away in the dismal years since their third-placed finish at the 2014 World Cup, with team spirit suffering as a result, but Koeman made it his priority to bring it all back. It required a complete change of culture.

"It is one of the main reasons for the improvement," Maarten Wijffels, a journalist who covers the Dutch national team for Algemeen Dagblad, tells Sky Sports. "He came in and said the national team had to go back to the period when Louis van Gaal was the coach, in 2014, in terms of their spirit.

"That meant being proud to play for the national team. He told the players that even if they have a little injury or something, they should still come to the national team, instead of saying, 'Oh, I can't play' and staying at home. Now, the team has everybody available for more or less every game."

It has allowed Koeman to be more consistent than his predecessors in terms of selection. "There is a specific group of players of 20 to 25 players who are always selected," says Wijffels. "In the past we have used 40 or 45 players, but he hasn't changed it around a lot. It has helped with stability."

Koeman's side have demonstrated their new-found belief and team spirit in those big wins over Portugal, Germany and France and Rik Elfrink, another journalist for Dutch newspaper Algemeen Dagblad, expects their desire to be heightened against England on Thursday.

"I think the Dutch are back on track now," he says. "It's always difficult to say whether they will be favourites against England, but what's clear is that the national team are hungry again. Having missed those last two big tournaments, they really want to perform well again."

The brilliance of De Jong

Koeman has been helped, of course, by the emergence of a supremely talented crop of young players. Frenkie de Jong, Matthijs de Ligt and Donny van de Beek were instrumental in Ajax's run to the Champions League semi-finals and they have been similarly important at international level.

De Jong, a £65m signing for Barcelona in January, has been particularly impressive. Koeman handed him his senior debut in a friendly win over Peru in September. Since then, he has started six Netherlands games out of seven and had a transformative impact at the base of their midfield.

"It's amazing," says Wijffels. "From the moment he came in, the team became better and more fluent. He is only one player, but he has changed the basis and speed of their play."

De Jong is capable of speeding a game up either by passing or by dribbling through opposition lines, but crucially, he also knows when to slow it down.

"One of his strengths is that he walks with the ball," says Wijffels. "Normally you would say don't walk with the ball, pass it, but by walking with it he forces opponents to make decisions: 'What do we do? Do we engage him, or do we stay?' It's something Johan Cruyff did to confuse opponents.

"Frenkie walks with the ball, but then he dribbles, too. I can barely remember him losing a single ball at international level. Antoine Griezmann said De Jong is the best player he has faced because you cannot put pressure on him or catch him. It's amazing to see."

At 22, De Jong is considerably younger than most of his midfield team-mates in Koeman's side, but it is a measure of his mental and technical prowess that he has already established himself as the most influential midfielder in the team.

"You could say the experienced players are helping him, but I think it's the other way around," says Wijffels. "Georginio Wijnaldum, for example, has said that he is playing better football than ever before in the Dutch team thanks to Frenkie De Jong. So it seems he is helping the others more than they help him. He doesn't seem to get stressed and he always plays with a smile on his face. That's another thing about him. It says a lot about his mentality."

De Ligt on the rise

Koeman fielded a back three in the early stages of his Netherlands reign but De Ligt's emergence alongside Virgil van Dijk has allowed him to switch to a four. Their centre-back pairing is as formidable as any other in world football.

"With Virgil and De Ligt, you can say the Oranje has a senior captain and a youth captain," says Elfrink. "They are both world class and they are both leaders. It's incredible because that partnership has developed very fast. We didn't expect them to become so strong, so quickly, but things change very rapidly in football."

Indeed, it is not difficult to see why De Ligt is now coveted by some of Europe's biggest clubs. Like Van Dijk, he is a complete centre-back, adept in possession, outstanding defensively and dangerous from set pieces. The only difference, of course, is that he has not yet even reached his 20s.

"The top teams in Holland really doubted Van Dijk when he was De Ligt's age," says Elfrink. "They didn't see the big talent that appeared later, which was how he ended up going to Celtic. So I think it's really rare that a guy of 19 does things like De Ligt does.

"I think you could make him the mayor of Amsterdam and he would do well. He is an example for all young players and that also applies to his maturity and way of talking as well as his ability."

De Ligt's rise to international prominence is even more impressive given that it began in nightmarish circumstances. He became one of the county's youngest ever internationals when he was handed his debut by Danny Blind in a European Qualifier against Bulgaria aged 17 in 2017, but the Netherlands were beaten 2-0, with both goals coming from De Ligt errors. 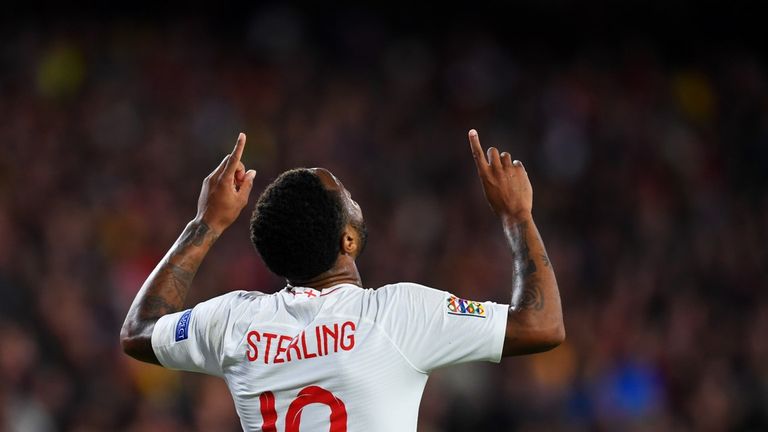 "After that debut you could think that we wouldn't see him back in the team for several years, that he would be a mental wreck," says Wijffels. "But he shook his head and said, 'Okay, everybody makes mistakes'. He kept going and nobody saw anything negative in the way he played. It was a remarkable and showed amazing mental strength for such a young guy."

De Ligt and De Jong have strengthened the spine of the team, but it's Memphis Depay who has provided the goal threat. The 25-year-old, impressive for French side Lyon since leaving Manchester United in 2017, has been deployed as a central striker by Koeman, starting all 12 of his games in charge and contributing eight goals and five assists.

The positional change has been key, but according to Elfrink, who has followed Depay since his PSV days, Koeman's personal touch has been similarly important.

"His years at Manchester United were not successful but since then he has developed and progressed again, and in the national team he has also clicked with the coach.

"They have a good relationship. Memphis is a guy who needs some freedom and support. I was at his book launch last week and what I remember is that Koeman was also there. That's important, that the coach is supporting him outside of the field as well as giving him freedom on the field.

"I think United came a little bit too early for him, but Memphis is a guy who has worked very hard to develop his career. That's good for Koeman and for the national team."

Memphis is likely to be flanked by Ryan Babel on one side and the highly-rated Steven Bergwijn on the other. The 21-year-old, another young player brought into the senior side by Koeman, has earned rave reviews at PSV this season, scoring 15 goals and providing 13 assists in an impressive individual campaign.

"Bergwijn is another great player," says Elfrink. "He's an attacker who had some problems with scoring before 2018. He had a lot of chances and you could see the potential, but he didn't score enough goals.

"What you see now is that he has the goals and the assists. This season, after the winter period, he didn't do that well, he could have done better, but before January he was great and he also played well in the Champions League games."

Sky Sports News have reported that Tottenham are leading a host of top clubs hoping to sign Bergwijn this summer. Manchester United are also believed to be interested, with Inter Milan in the frame, too, but the feeling in Holland is that he could well end up in north London.

"Spurs are following him," says Elfrink. "They have talked to his agent and it has been said that there has already been an offer of 40m euros. PSV deny that, but a transfer is probably not far off. Bergwijn is an incredible talent but he still has a lot of potential to improve, especially in front of goal because sometimes he still loses his nerve.

"But this guy is really, really strong. If you look at his legs, you can see his muscles. I think it would be normal for him to make transfer this summer after the Nations League."

Bergwijn will hope to boost his chances of that transfer when he steps out in Guimaraes on Thursday night. What's certain is that England should expect a far tougher test than in their last meeting with the Netherlands 16 months ago.

Watch Netherlands vs England live on Sky Sports Football from 7pm on Thursday; Kick-off is 7.45pm