Portuguese was substituted after just 55 minutes in Juventus' win over AC Milan on November 10; Ronaldo scored his 99th international goal on Sunday

Cristiano Ronaldo has revealed he has been carrying an injury while playing for Portugal and Juventus in recent weeks.

Ronaldo scored his 99th international goal on Sunday as Portugal beat Luxembourg 2-0 to secure their qualification for Euro 2020.

After the match, he admitted he has been playing hurt, clearing up the controversy surrounding his 55th-minute substitution by Maurizio Sarri in Juventus' 1-0 win over AC Milan on November 10.

"Obviously, talking about your question, everyone has been saying that I was playing with some limitations in the past three weeks," he said.

"There was no controversy. You [the media] want controversies. You obviously know that I don't like to be substitute, but I have been playing with some limitations. 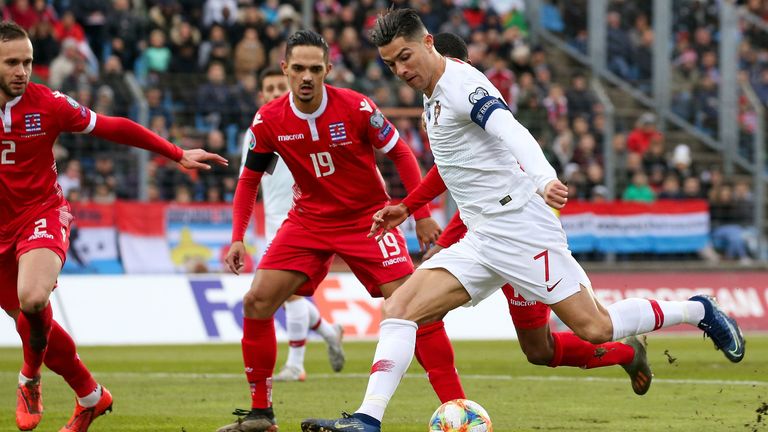 "I tried to help Juventus even playing injured. Nobody likes to be substituted, but I understand the substitutions because I wasn't fit.

"As well as in the last two games for Portugal, I wasn't 100 per cent. When it's needed to sacrifice myself for my club and the national team, I do full of pride. I knew there were many things involved in these games.

"As you know, Inter are putting some pressure on Juventus. We are two points ahead and we can't slip up. If we draw or lose, they will go ahead of us. So I sacrificed myself for the team.

"Here in the national team, you know that in case we had lost one of these last two matches, we could be out [of automatic qualification].

"As you know, I never had big injuries throughout my career. If you look, the number I always play 50, 60 games per season. And that's no coincidence. It's rare that I'm injured, but it can happen sometimes.

"It's a minor injury, a minor pain that prevents me being 100 per cent. But as I said before, I always try to help my club and the national team."

Ronaldo vows to break every record 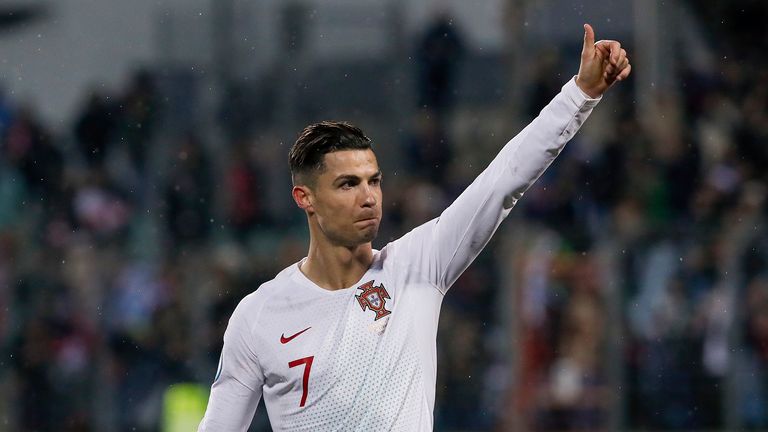 Ronaldo speaks after scoring his 99th international goal, one short of the century mark

Ronaldo vowed to break the record for the most international goals after scoring his 99th for Portugal on Sunday.

"It's difficult to say (how I want to score the 100th goal). As I always say, my goals come naturally," he said.

"Every single record I have broken for the national team and for my clubs, they are records to be broken. I will break every one of them, they will come naturally."