Manchester City striker Sergio Aguero tops the chart for a third week running after scoring the winner just six minutes after coming on as late substitute in a 1-0 win against Sheffield United.

Chelsea full-back Cesar Azpilicueta creeps into runner-up spot after temporarily edging his side ahead in a 2-2 draw with Arsenal, having assisted Callum Hudson-Odoi against Burnley and scored at Brighton earlier this month.

But Liverpool dominate the top table, with Alisson (No 3), Trent Alexander-Arnold (No 6), Jordan Henderson (No 7), Virgil van Dijk (No 8) and Roberto Firmino (No 10) all occupying top-10 standings after a 2-1 win over Wolves.

Southampton winger Nathan Redmond (No 4) broke the deadlock with a stunner at Crystal Palace before team-mate Stuart Armstrong (No 11) struck another scorcher to double the Saints' lead.

Leicester full-back Ricardo (No 5) scored and assisted as the Foxes returned to winning ways in a 4-1 victory at West Ham, while Watford striker Troy Deeney (No 9) opened the scoring during his side's 2-1 defeat against Aston Villa. 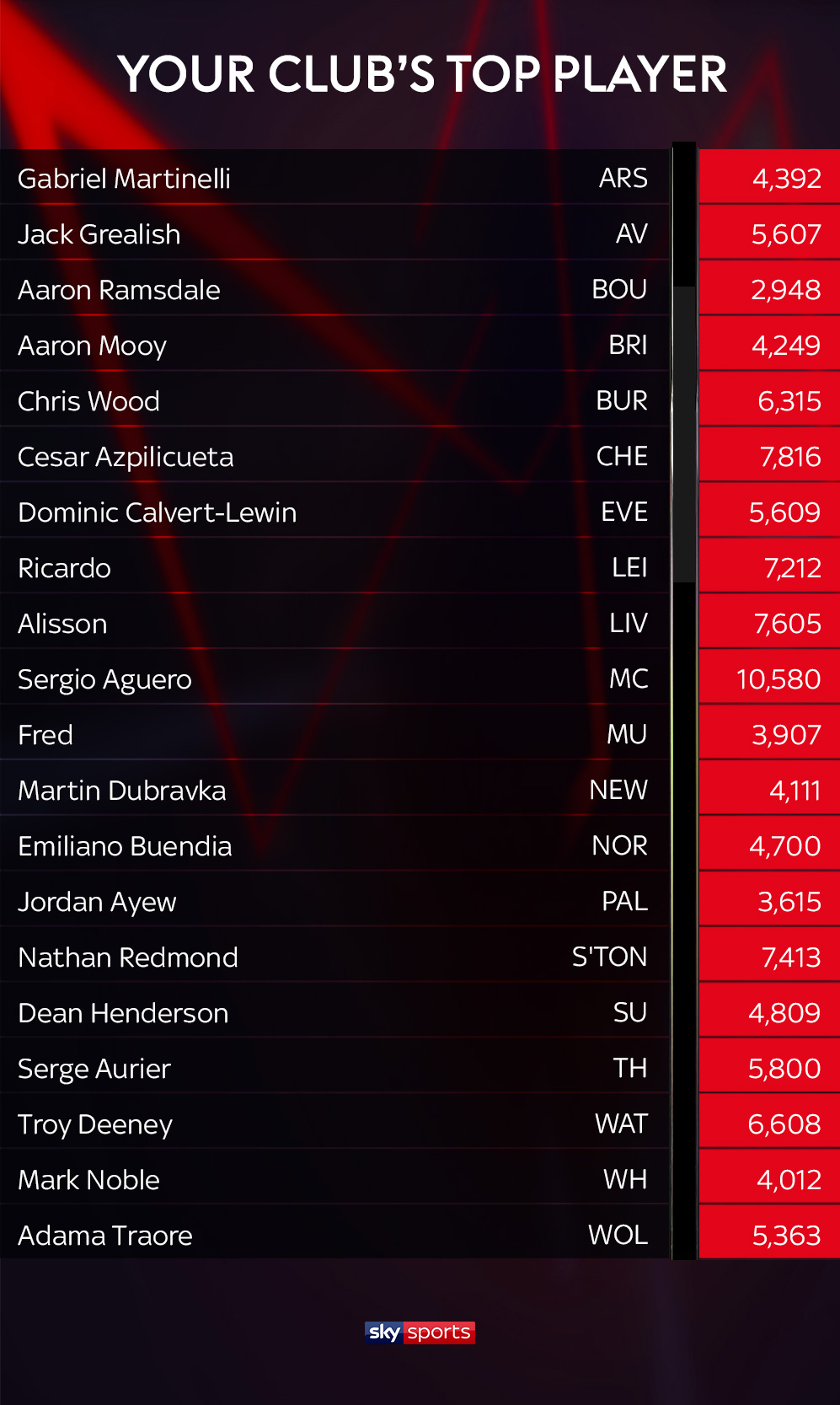