Watford interested in signing Ashley Young on a free transfer; 35-year-old out of contract this summer and yet to sign new deal despite talks with Inter Milan; ex-Watford academy graduate admits return to England would be "difficult" to turn down 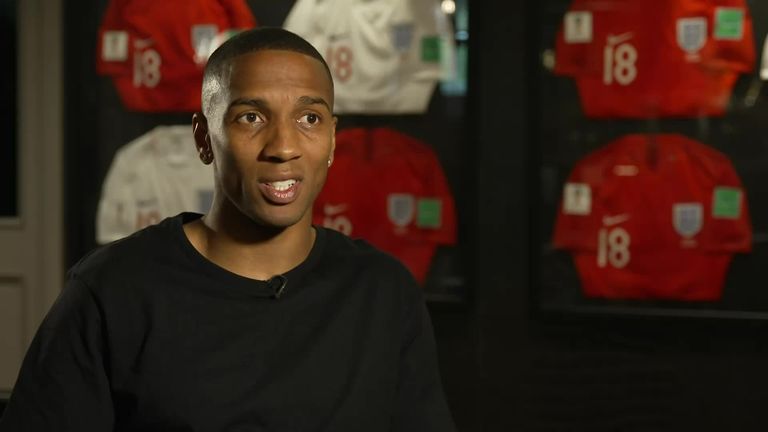 Ashley Young has admitted it would be difficult to turn down a return to his boyhood club Watford, with the Sky Bet Championship side showing interest in signing the 35-year-old.

Young, who joined Inter Milan in January 2020, is out of contract at the end of the season but says he is calm despite not yet finalising his future at the San Siro.

Championship side Watford, the club where the wing-back began his career, are interested in signing Young on a potential free transfer and have made initial contact with his representatives over a possible move.

Young can sign a pre-contract agreement with a foreign club if he does not extend his stay in Italy.

Speaking to Sky Sports News on his future in Milan, Young said: "There have been talks. I have had an unbelievable time at Inter, if there is something to be done I'm sure a deal can be sorted out.

"It's a waiting game because everyone is in a pandemic, we don't know where finances are. I am chilled and laid back, I am enjoying my football, we've just won the league. We've got four games left, four to win, that's all my focus is on.

"There can be a lot of factors involved in the decision. I will make sure it is the right decision for me and my family.

But Young also admitted it would be difficult to turn down a return to Watford, the club where he started his career.

He continued: "I've never said I wouldn't go back. It's the club where I started at 10 years old but right now there is nothing. My representatives have not spoken to me about it.

"It would be a difficult decision to make."

Young: I was right to choose Conte's Inter over Man Utd

Young says his decision to leave Manchester United despite holding the captaincy and being on the verge of a testimonial has been vindicated by Inter Milan's Serie A title win.

The wing-back became the first Englishman to win both the Premier League and Serie A as Conte's side recently ended Juventus' nine-year dominance and clinched their first top-flight title in 11 years.

He revealed how Conte initially failed in an attempt to sign him for Chelsea from Manchester United. The Italian manager then reignited his interest in Young after taking charge at Inter Milan.

Knowing of a potential move to Italy, Young said he rejected an extension to his deal at Old Trafford despite honest talks with United boss Ole Gunnar Solskjaer.

Speaking exclusively to Sky Sports News' Inside Football show, Young said: "It became a massive decision. I was club captain and going into my 10th year, but the club was evolving and changing. Ole was there and he was doing really well. It was a decision I had to make in footballing terms.

"I knew how fit I was and I knew I could play week in and week out. A lot is said about age, more so in England than in other countries. If you know how fit you are then there is no problem.

"I sat down with Ole and asked about my chances of playing. He was truthful, I understood what he was saying, it was going to be limited. There was a contract put on the table. 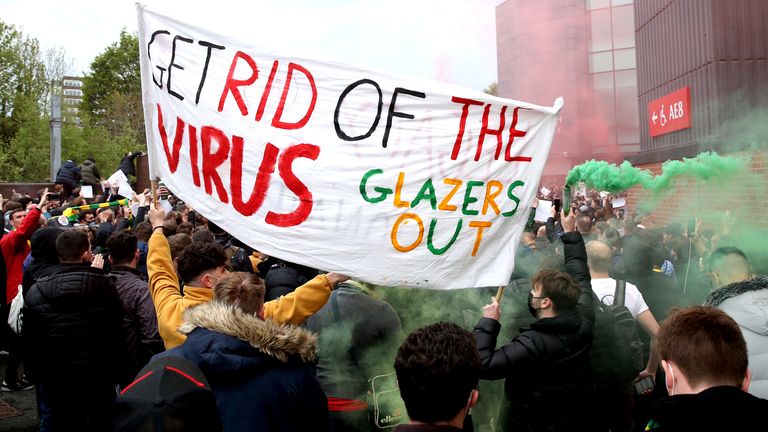 "But I didn't want to be an afterthought, I did not want to sit there another year and play a bit part. I know I can get up and down like I was 20 years old.

"Being told by one of the biggest teams in the world like Inter Milan that you are going to play every week, I told my representatives 'let's get the deal done'."

When asked if he could have remained at Old Trafford had the contract offer came earlier, he replied: "Possibly. But we are not to know.

"I was there and sat down and spoke to Ole, he wanted me to stay. It was a decision I had to make. I felt like I had a lot left in me. The fact that Antonio Conte wanted me when he was at Chelsea as well helped and Romelu Lukaku was ringing me non-stop saying 'get here now'. I made the decision straight away."

Lukaku has scored 34 goals in all competitions and looks like a player transformed under Conte at the San Siro.

The Belgian international even eclipsed Brazil legend Ronaldo's club record for goals per game. Ronaldo scored 59 goals for Inter in 99 appearances, but Lukaku has hit the 60-mark in just 86 matches.

Young says he did not understand United's decision to let Lukaku go, especially now the striker is deservedly being lauded with praise for his hard work.

"I said it at the time, I couldn't understand the decision. Whether it was made quickly or not, Romelu has proved a lot of people wrong," Young said.

"He's worked unbelievably hard. There was talk that he was overweight and couldn't do this or that. He's smashed record and made history in Italy, he's been unbelievable for the club.

"For me he was fantastic even in the Premier League, to go out there and face another challenge, I think it was the right choice for him. He deserves all the plaudits he is getting."