Ole Gunnar Solskjaer on Cristiano Ronaldo: "He has had a good week with us here and he will definitely be on the pitch at some point that is for sure"; follow our live blog and watch free match highlights of Man Utd vs Newcastle from 5.15pm on Sky Sports website and app 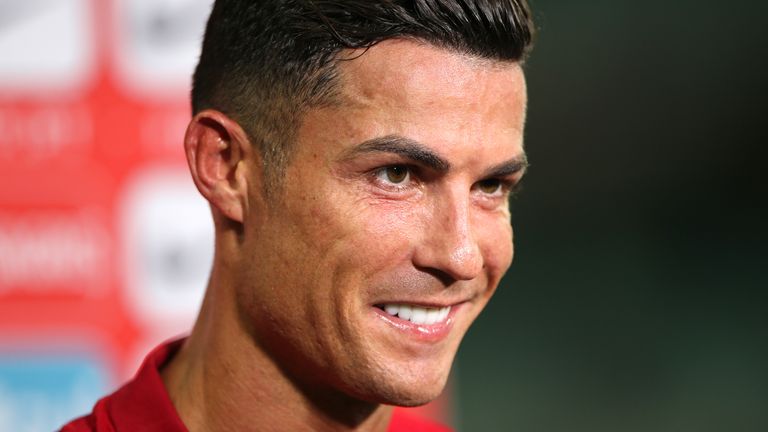 Cristiano Ronaldo will make his second Manchester United debut against Newcastle at Old Trafford in the Premier League on Saturday, manager Ole Gunnar Solskjaer has confirmed.

United re-signed the 36-year-old from Juventus on a two-year contract with the option to extend for a further year last month.

Ronaldo, who scored 118 goals in 292 games over six years during his first spell at the club, has trained with his new team-mates since Tuesday ahead of the Premier League's resumption following the international break.

"He has been having a good pre-season with Juventus, he has played for the national team," said Solskjaer at his pre-match news conference.

"He has had a good week with us here and he will definitely be on the pitch at some point that is for sure."

United have not won a top-flight title since the 2012-13 season - when Sir Alex Ferguson retired as manager - and Solskjaer says Ronaldo's return will ensure "there is no place to hide" within the squad.

"That is what he does, he has lived his life with the discipline of a top professional. Ever since he came here, I remember he was the first one who did the preparation [for matches] really well.

"We have grown as a group the last few years. The desire, determination and focus has improved all the time.

"Even bringing in Raphael [Varane], he has come in with a winner's mentality, an unbelievable focus but then of course Cristiano comes in as well. There is no place to hide when you have got winners like them."

Solskjaer was not drawn on whether his former United team-mate would take over from fellow Portugal international Bruno Fernandes as the club's set-piece taker.

"Everyone evolves and they develop through their career. Of course, Cristiano is a different player to the one who left but he is in such a good knick still and he'll be looking at the next few years to play as much as he can, score as many goals as he can.

"He is adding something extra. We haven't got his skillsets in the team, the mix of his skillsets. No one has really because he is, if not the, at least one of the best players that has ever played the game." 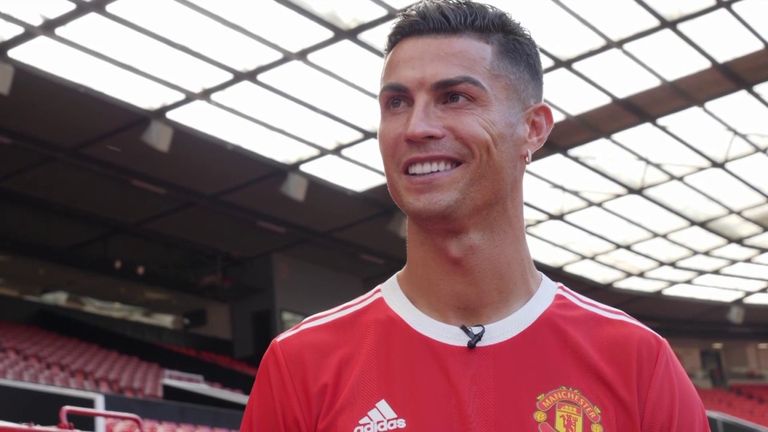 Cristiano Ronaldo says he is ready to win trophies as he steps back onto the Old Trafford pitch and prepares to make his comeback for Manchester United.

Ronaldo will once again wear the No 7 shirt at Old Trafford after Edinson Cavani gave it up.

"It's one of these things that Edinson has been remarkable (with), (he) played really, really well last season," Solskjaer said.

Former Manchester United captain Wayne Rooney has said Ronaldo is capable of playing until he is 40 - something Solskjaer agrees with.

"You have got Ryan Giggs who played until he was 40. I am not going to be surprised if Cristiano will end with the same age."

Solskjaer has also described the unavailability of Fred this weekend as a "farce" after Brazil triggered a rule to prevent a number of Premier League players from playing. 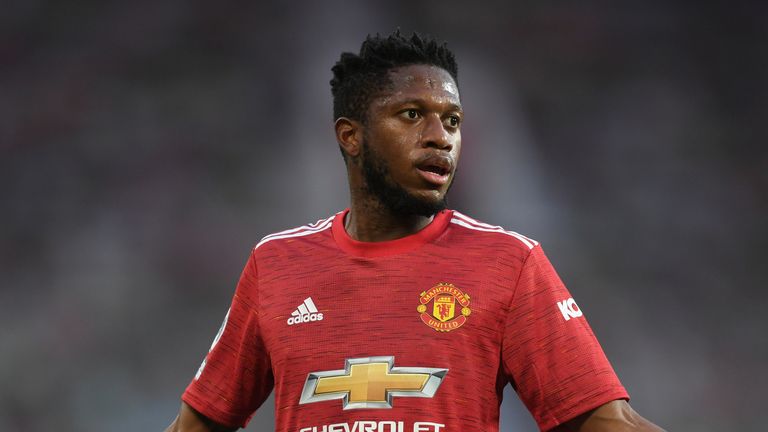 Ole Gunnar Solskjaer says there has been a lack of 'common sense' in the row over whether South American players can play for their clubs this weekend.

Officials are in talks with FIFA to try and find a solution, with Solskjaer planning without the Brazil midfielder.

"The players want to play but we all know what kind of situation we find ourselves in the last year and a half with the pandemic, everyone trying to limit the spread of the virus.

"We've worked really hard to try and find a way, private jets, there are ways of getting them in and out but all of the decisions have gone against the players.

"They want to play for national teams and clubs but are not allowed.

"Fingers crossed, some sense comes into people's minds and that we can use him."