Sky Sports exclusive: Gary Cahill discusses his motivation for dropping down a division to join Bournemouth in the summer. Watch Bournemouth vs QPR live on Sky Sports Football from 7pm on Tuesday; Kick-off 7.45pm. 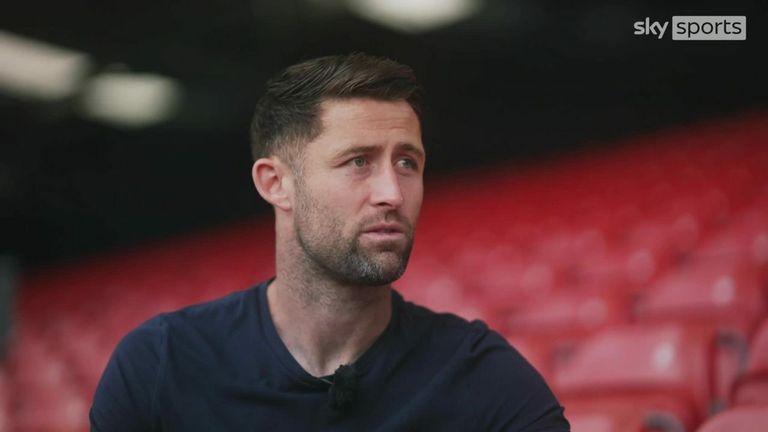 Former Chelsea and England defender Gary Cahill is raring to go as he prepares for a new challenge in the Championship with Bournemouth.

A lot has changed since Gary Cahill last played in the Championship.

In the 14 years that have followed a loan spell with Sheffield United in 2007, he has become a two-time Premier League and FA Cup winner, won the Champions League and appeared more than 60 times for England.

Now, after his release from Crystal Palace in the summer, the defender is back - having signed a one-year deal with Bournemouth in mid-August - and he made his debut for the Cherries in Saturday's 3-0 win over Barnsley at the Vitality Stadium.

It was a move few saw coming, not least Cahill.

"I could've stayed in the Premier League - Palace offered me another year," he told Sky Sports.

"They needed to lower the age of the squad, so that didn't work out, but it was fantastic there. It's a great football club and I enjoyed my two years, but I had other opportunities as well to stay in the league.

"This isn't me being disrespectful, but the teams that I would have gone to, I would maybe have been losing more games than winning. Speaking from my own point of view, am I going to add to my appearances or am I going to have a different challenge and come to a club that, again, is changing and, ultimately, challenge for promotion?

"I took quite a bit of time in the summer because of that reason - I was unsure what I wanted to do in terms of my future. I spoke when I first signed here about what was going to drive me, what was I doing it for. The longer I was off, the more I missed playing. I missed the games, first and foremost.

How to watch midweek Championship live on Sky

Here is how you can watch midweek Championship matches live across Sky Sports in September and October.

"In terms of the opportunity to come here, I saw that as a totally different challenge to what I've been used to in previous years and one that I was excited about. Hopefully I can bring that bit of experience on the pitch in times that it might be needed. That's what I hope.

"Naturally I'm going to add experience, but I've come here to deliver on the pitch first and foremost."

But what attracted the 35-year-old to swap the capital for the south coast?

"I played with the manager," laughed Cahill, who was part of the England set-up at the same time as Scott Parker.

"I spoke to him many times over the summer, so I was aware that this was an option early on. He was a big pull, obviously. Knowing him, knowing what he stands for and the way that he was as a player I presumed that would translate into management.

"He wants to win and he's very hungry and that's what I bought into in terms of the squad in general, which has been the case since I've been here."

Cahill's return to the second tier may have been a kind one so far, yet that does not mean he is under any illusions about the rigours of the division, ahead of Tuesday's visit of QPR - a game which is live on Sky Sports Football.

"I've played all of my career in England, so I'm fully aware of the Championship," he added.

"I had two great spells earlier on in my career, which helped me develop into a man. Some teams in the Championship want to play football, some want to go more direct, with a rough style of play.

"I know it's going to be tough, I know each game is going to be very different, but again, I'm coming into a team that is a strong team in this league, so hopefully we'll be on the front foot for many of the games."

Having played at the top level of English football for the entirety of his career - bar that loan spell at Sheffield United and one at Burnley a few seasons earlier - for all his achievements, Cahill does not have a promotion on his CV.

It is safe to say he wants that to change. 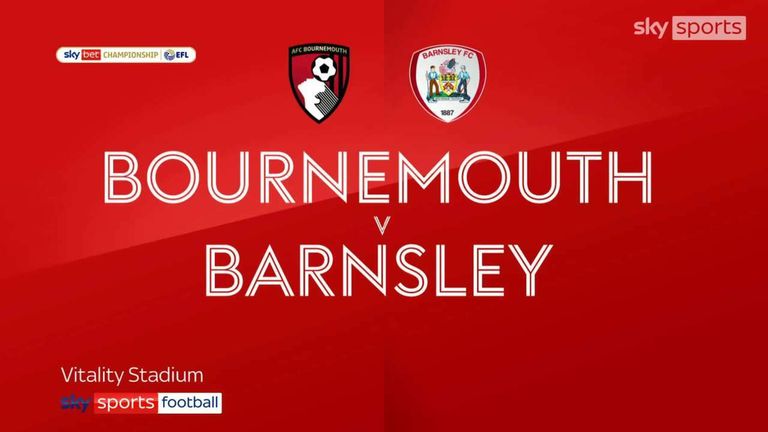 Highlights of the Sky Bet Championship game between Bournemouth and Barnsley

"That [promotion] was the drive and that's what I want to do this season. I know it's going to be tough; it's not going to be easy, for sure. But that's the goal at the end of everything.

"The promotion will be tough. It's a very young squad and in these times you need quality, youth, a bit of experience, the rub of the green and all the things to go for you. I'm just excited to get going."