Premier League predictions: Who will win? Who will go down? Who will be top scorer?

Who is going to win the Premier League? Who will make the top four? And who's going down?

Here's what they had to say...

I am going for Manchester City to win the league again. They have not needed to strengthen much as there are no weaknesses, so Pep Guardiola is really pointing the finger at John Stones and will be wanting him to deliver. Last season I thought Aymeric Laporte was as good a centre-half as I have seen - his leadership, calmness and consistency throughout the season was superb.

The signing of Rodri is important. When Fernandinho hasn't played they looked vulnerable and Pep has seen that. We are going to see more of Phil Foden and far less of David Silva, who will still demonstrate expert bits and pieces throughout the season. Kevin De Bruyne has something different to other teams and is an all-rounder in the abilities he possesses - if they can keep him fit they will win the title again. Naturally, I am going for Liverpool to finish second. These two clubs are a distance above the rest of them. Sadio Mane and Mohamed Salah have been busy in pre-season, along with Roberto Firmino, in their respective tournaments. These three will have to take some form of breather this season, and I am not convinced they have strengthened in midfield or defence, although Joe Gomez will be fit which is a big help. I still feel, the way it stands today, that they will not be as dynamic as they were last season. There will be a certain amount of fatigue with the front three, so Liverpool will finish second.

With the signings they have made, I am hoping Arsenal will be dynamic in attack. They were last year, but not to a significant level where they could blow teams away. Arsenal have signed a centre-back in David Luiz and they will be in much better shape than last year and will kick on. This will be a real high-scoring side this year so this is where Arsenal will finish.

Fourth will be Tottenham. Kieran Trippier is a big loss and there is something underneath that is not right. Toby Alderweireld is in his last year of his contract as is Jan Vertonghen. There may be a little bit of upset throughout the campaign but Tottenham will still be good enough to finish fourth.

Manchester United will finish fifth, which leaves Chelsea in sixth. The single fabric of this is that Frank Lampard did a good job at Derby, but it was Derby. Chelsea are going for the Champions League but are under the transfer embargo which is a hindrance. Long-term it will be good for Chelsea but short-term not so much.

Relegation: Brighton, Norwich & Sheffield United all to be relegated: (16/1 with Sky Bet)

Sheffield United have spent a lot of money. I really like Chris Wilder and their style of play. They are prepared to be expansive and mix it up. Their defensive record in the Sky Bet Championship was sublime, but when you step up to this level it is tough. They will play good football but I do think they are one of the favourites to go down, so I think they will finish third-bottom.

The one that stands out to me is Brighton. They have a new manager and I thought the fact that Brighton survived meant it was a good season. They were hanging on to goals from Glenn Murray and the reality was staring them in the face. Their recruitment wasn't great, so is Graham Potter going to change it? What does a new, modern coach do to change the fabric of Brighton? Do you have a goalscorer? Brighton have a lot of convincing to do and I think they will falter.

I am also going to go with Norwich, just looking at what they have and who they are signing. They are at their best when they go forward and score a lot of goals at home. Teemu Pukki scored over 20 goals last season, even if he got half of those in the Premier League then that is a good return, which would in turn get you a few points, but I don't think this will happen. Aleksandar Mitrovic was the same - he started off well and then could not score and did not get a lot of the ball either. Teams will pick Norwich off and they could finish bottom for me.

My Arsenal favourite is Alexandre Lacazette and is more a team man and someone who gets the assists, so I will go with Pierre-Emerick Aubameyang who was level with Sadio Mane and Mohamed Salah last year. They have pace and they will be ruthless against the lower teams, which could mean Aubameyang will hit 30-plus goals this season.

I am going for the hat-trick of Manchester City title wins. I think it may be a little more comfortable than last season though. I think Liverpool got quite fortunate with a lack of injuries last season and I think the squad that Manchester City have got is just so much stronger than Liverpool's in terms of the depth. The position they wanted to strengthen with Fernandinho coming to the end of his City career has been sorted with the introduction of Rodri, so it is a good replacement to bring in.

I think Liverpool will be good enough to finish second and City will win it by five or six points this season. Third place I think will be occupied by Tottenham. Tanguy Ndombele will make a huge difference and Giovani Lo Celso and Ryan Sessegnon makes them stronger too. Fourth place will be the most interesting of all, and could be any one of Manchester United, Chelsea or Arsenal. Arsenal look brilliant going forward and have added to that. Harry Maguire will get Manchester United closer to Chelsea, who couldn't strengthen.

I have a bit of a soft spot for Frank Lampard. I have a lot of respect for him and hope he does well. I believe in Frank's potential for fourth place and think he can take this side to new heights, considering the transfer embargo. Manchester United will finish fifth, with Arsenal sixth.

Relegation: Burnley, Norwich & Sheffield United all to be relegated (20/1 with Sky Bet)

The two I fear most for are Norwich and Sheffield United, which is strange as they came up automatically. Aston Villa finished the season very strong with a lot of momentum and I like what Dean Smith is doing there. It is similar to what Fulham did in terms of their approach but Vila needed to do that as they lost a lot of players, so they have done enough with their signings in my eyes. Tom Heaton is a top-class Premier League goalkeeper and is going to help them a lot.

The other team to drop down could be between Brighton and Burnley. Villa will be in the mix but will have enough to get out of it. Newcastle could be in that zone too.

I am going to go with Burnley I think, because everyone around them has strengthened better than they have and they only got 40 points last season. Any less than that and they will be in trouble.

Obviously Southampton will be safe and out of the scrap for relegation!

I am going to go for one who was not one of the three to win the Premier League Golden Boot last year, but the goals-to-game ratio was pretty impressive for Harry Kane. He played less than those boys and still managed to rack up 17 goals. With Ndombele feeding Kane, I think he wins the Golden Boot, especially if he stays clear of injury. Sergio Aguero will be up there too and was only one off the Golden Boot last season so it will be interesting.

I think it is Liverpool's year. This time last year when I got asked the same question, I went with Manchester City but predicted Liverpool would be a lot closer. I said if they didn't win it last year, they would this year, and I won't change my mind on that. The likes of David Silva and Fernandinho are getting older, while the injuries pile up. It is a good opportunity for Liverpool, so they will win the league.

I think Manchester City will still have a good season and come second, with Tottenham in third and Chelsea earning fourth spot.

I think Frank Lampard will get the honeymoon period out of the team and players. There was something that needed to happen in order to unite Chelsea and it may be a bit too early for Lampard but needs must, and there is still a great group of players to work with here. The transfer embargo will impact upon them, as will the departure of Eden Hazard, but for the first time in a while he will bring the fans, players and whole club together. These players have proved, with more experienced managers than Lampard, that they can make it very difficult for the manager. 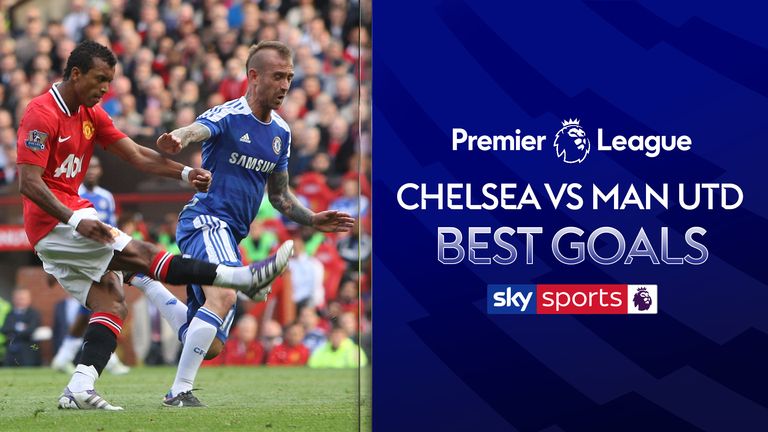 There are still problems at Manchester United. Even if Harry Maguire has half the impact that Virgil van Dijk did at Liverpool then they will do well. I think they needed someone up front. Romelu Lukaku has left so they could have done with another forward. Their midfield is not any stronger but keeping David de Gea was a massive boost for the club. They need more if they are to crack on and finish inside the top four.

I am unsure why Arsenal didn't go for tried and trusted in Zaha, who knows the Premier League, unlike the £72m Nicolas Pepe, who does not. I don't know where they are getting that money from.

Relegation: Sheffield United, Norwich and Brighton all to be relegated (16/1 with Sky Bet)

I am going to go for Sheffield United, Norwich and Brighton. My reason for that is that they have signed a lot of players, but a similar trend here is that most are Sky Bet Championship players. Brighton had a poor year last season and they will be hoping their signings will be better than what they were last campaign, so hopefully the recruitment will be better and pay dividends. I think Graham Potter is a very good manager but it worries me how they have spent the money.

I think if he stays fit, I would go for Harry Kane. I think it will be a close-run thing as Mohamed Salah will score goals, as will Sergio Aguero and Sadio Mane, who will be on the hunt once again. Kane has looked very good in pre-season and although it was the wrong decision to play in the Champions League final, he will bounce back and win the Premier League Golden Boot.