Team news, stats and prediction ahead of Newcastle vs West Ham in the Premier League on Saturday (kick-off 12.30pm).

Newcastle strikers Callum Wilson and Allan Saint-Maximin are fit to face West Ham in the Premier League on Saturday after emerging unscathed on their returns from injury.

Wilson (hamstring) and Saint-Maximin (groin) were used as substitutes in last Sunday's 2-1 win at Burnley with the Frenchman making one goal and scoring the other, and both have trained this week without any issues.

However, Ryan Fraser will miss out once again with a groin problem, joining defenders Jamaal Lascelles (foot) and Fabian Schar (knee) and fellow midfielder Isaac Hayden (also knee) on the casualty list.

West Ham hope Aaron Cresswell recovers from the knock he picked up against Leicester last weekend.

Cresswell was replaced during the second half of that 3-2 win, the only Premier League minutes the defender has missed all season.

Newcastle vs West Ham will be shown live on Sky Sports Premier League and Main Event from 12pm on Saturday; kick-off 12.30pm. Sky Sports customers can watch in-game clips in the live match blog on the Sky Sports website and app. Highlights will also be published on the Sky Sports digital platforms and the Sky Sports Football YouTube channel shortly after the final whistle.

Regular readers won't be surprised to see I'm well against West Ham here at Evens. It's news that will be greeted with great celebration in east London as the Hammers have made making me look stupid an art form this season.

A haul of nine points from their last three games - all 3-2 victories having raced into a 3-0 lead - has catapulted David Moyes' side right into the top-four mix. They are 7/4 with Sky Bet to cap a remarkable season by qualifying for the Champions League and look home and hosed for a top-six finish at 2/9.

However, not for the first time this season, I'm deeming their recent run of results unsustainable on the basis of their performances. The nine goals scored in their last three games have been amassed from an expected goal figure of just 4.83, much to the individual brilliance of Messi, I mean, Jesse, Lingard.

Unsurprisingly, their shot conversion rate of 32 per cent over the past three fixtures is the highest amassed by any team.

West Ham are scoring goals at key moments in matches despite not creating clear-cut chances. Fine margins can't keep falling in their favour and at the prices I'm happy to row in with Newcastle, who should have Callum Wilson and Allan Saint-Maximin fit to play from the start - an upgrade that takes them from relegation fodder to a dangerous mid-table outfit. At 13/5 with Sky Bet, Newcastle should be backed to do the double over the Hammers having won 2-0 in the reverse fixture on the opening day.

Those that aren't quite brave enough to take on such an in-form team in West Ham should perhaps play a bit safer with the 6/4 on offer for Newcastle to have 14 or more shots.

With Saint-Maximin, Miguel Almiron and Wilson all on the pitch, Newcastle are averaging a whopping 14.9 shots at goal per 90 minutes - a huge increase on their overall average which is 10.9 per 90 minutes since Bruce took the job.

And despite winning four of their last five matches, West Ham have actually faced the most shots on their goal of any Premier League team in that period (83), averaging out at a whopping 16.6 per 90 minutes. They can be got at.

BETTING ANGLE: Newcastle to have 14 or more shots (6/4 with Sky Bet) 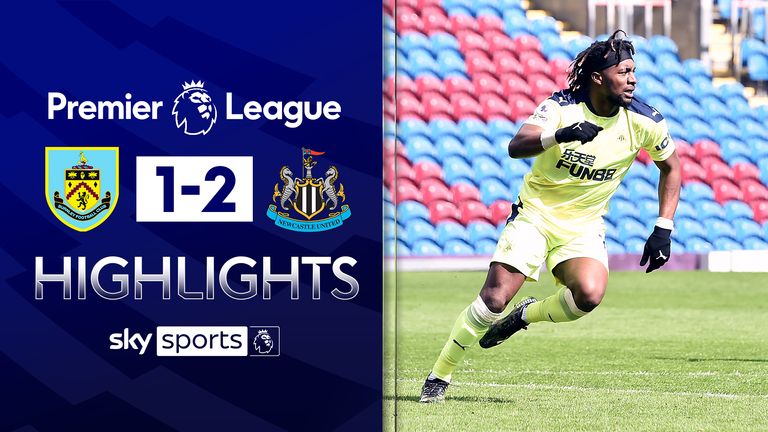 FREE TO WATCH: Highlights from Newcastle's win against Burnley in the Premier League FREE TO WATCH: Highlights from West Ham's win against Leicester in the Premier League