"Gerard Houllier has been at a lot of our games, he works closely with Lyon and he's text to say good luck to all the girls" 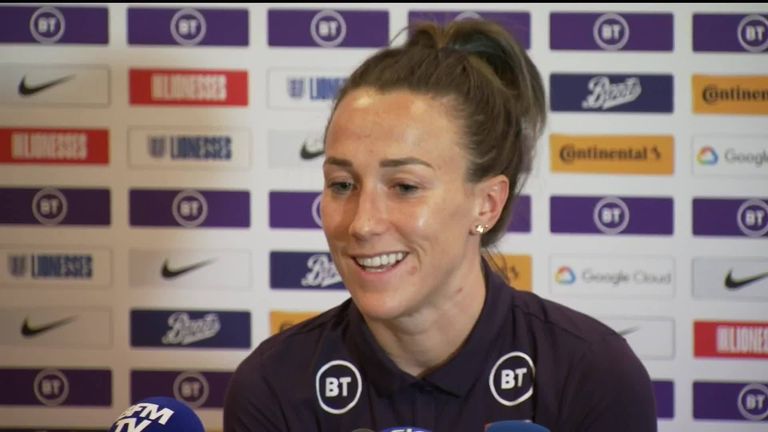 Lucy Bronze has played down the glowing compliments made by England manager Phil Neville about her.

The Lyon right-back helped England to their second consecutive World Cup semi-final with a superb strike in a 3-0 victory over Norway, her eighth goal in 73 games for her country.

It was a performance that had Neville claiming Bronze was the "best footballer in the world", but ahead of Tuesday's semi-final with holders USA, the 27-year-old revealed she often disagreed with her manager's sentiments.

Bronze said: "He has been quite vocal about having huge compliments for me. I think he said it to me a couple of weeks after taking charge. He was like 'you're the best player in the world' and I was like 'no Phil, I'm really not' and he tells me every day.

"It's lovely that he's got so much belief and confidence in me but for me personally I don't see it as a pressure because I don't feel like I'm there yet. I'm still striving to be a better player everyday, I want to be better than the game that I've had previously.

"If he sets me a challenge, I'll go and complete that challenge as soon as possible. I'm driven and part of him saying that is he wants to drive me and push me on. It's a lovely compliment to receive although I don't fully believe him. I don't think I'll ever get there but I'll try my best."

Bronze has two Champions League winners medals from her time at Lyon and after France were beaten by the USA in the quarter-final, she admitted to receiving good luck texts from former Lyon and Liverpool manager Gerard Houllier.

She added: "A lot of people at Lyon have text me in the past few days. They didn't text me a lot at the start of the tournament but since France have gone they sent me a few messages.

"Gerard Houllier has been at a lot of our games, he works closely with Lyon and he's text to say good luck to all the girls. I've had a few messages from a lot of the Lyon staff over the past few days saying good luck, beat the US for us." 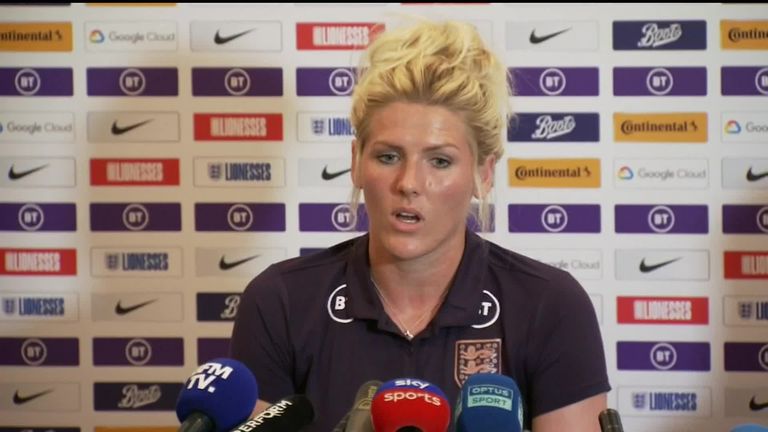 England face their toughest test of the World Cup so far as they face the USA in the semi-final on Tuesday, but Bronze believes there is nothing to fear.

Bronze added: "The Americans are a great team, they are the world No 1, and they are the holders of the World Cup. They'll always have a great team but I think teams have been knocking at the door getting closer and closer.

"USA are just as beatable as anybody else and anyone could be lifting this trophy at the end of the tournament. Any team is good enough and have the belief now where they can beat the top teams like America.

"We've had back-to-back semi-finals, which is an amazing feat for this team, but we're short of that last step and we've still got that hunger.

"So we have probably got that edge, where we are a little bit more hungry for it, we are maybe more destined and want to go to a final in that respect."