Gary Neville: "The biggest risk to Jurgen Klopp winning the league again this season is another big injury or two. So, he wants to try and gain that advantage to put some psychological thing into people's minds. Sir Alex Ferguson did it for 15 or 16 years." 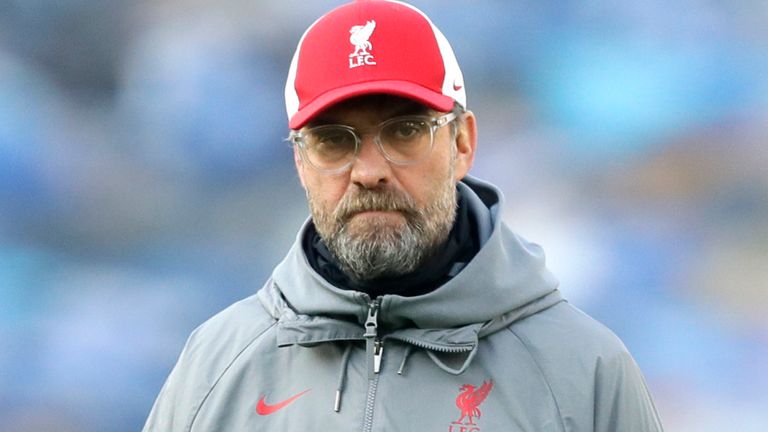 Gary Neville told MNF that Jurgen Klopp's complaints about the early Saturday kick-off is not a new issue and he's just looking for an advantage.

Gary Neville has questioned Jurgen Klopp's gripes about fatigue and kick-off times, claiming it's all about gaining a psychological edge like Sir Alex Ferguson.

Klopp was involved in a heated exchange with BT Sport following his side's 1-1 draw at Brighton in the Premier League on Saturday lunchtime, which saw James Milner go off injured for the Reds.

The Liverpool boss has repeatedly spoken out against the hectic schedule and the Saturday lunchtime kick-off slot.

However, Neville - speaking on Monday Night Football - feels Klopp is implementing the same psychological tactics as his former boss Ferguson regularly displayed during his 27-year reign as Manchester United. To Neville, Klopp's spikey post-match comments are just a way to gain a little extra advantage over his rivals.

He said: "I don't think Jurgen Klopp's got a point around fatigue, around the length of time of pre-season or about the Saturday kick-offs.

"My view is that when you become a winning manager, and this is where Sir Alex got to and why they called him a whinging so and so for many years, the best managers they just want to win.

"The biggest risk to Klopp winning the league again this season is another big injury or two. So, he wants to try and gain that advantage to put some psychological thing into people's minds. Sir Alex Ferguson did it for 15 or 16 years.

"Klopp has been the best manager in interviews for the last few years, he's been the best manager on the pitch, he's connected with the fans better than anybody else, his style of football is fantastic, but on Saturday he got done in an interview, and that's very rare. He didn't get his story right, he hasn't got his evidence to back him up either in games played or in the Saturday kick-off slots. He just lost this particular one having been brilliant in all his other interviews that he's done.

"He's trying to gain an advantage to get results, that's it.

"I played for a manager in Sir Alex Ferguson, and there's hundreds of these quotes (see below).

"Every single season he wanted that advantage. He wanted the ability to recover more, to play at different times, so it suited Manchester United, and that's what Klopp wants now.

"What Klopp has done at Liverpool over the last three years is unbelievable, but his squad this season is just wilting a little bit under the fact they've had that three years.

As he referenced, Neville isn't buying into the argument that we're in a season of exceptional circumstances due to the condensed nature of the fixture list. He was on hand with some statistical analysis to show how a 12.30pm kick-off time doesn't overly affect a team's ability to pick up points and how this season's schedule perhaps isn't as taxing as many people automatically think.

"I don't think it's an exceptional season," Neville said.

"It's exceptional in that the players have had more rest than they've ever had before. 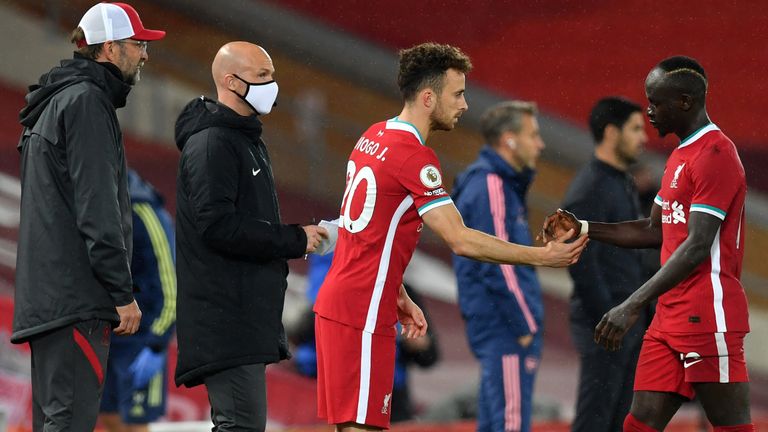 Jamie Carragher and Gary Neville debate whether the Premier League should follow the EFL and allow five substitutions a game rather than three.

"They had three months of rest from March until June, they then played nine matches, where Klopp played all his best players even when they'd won the league, and they then had five weeks off up to the Community Shield.

"In any season I ever played in a World Cup or European Championships, I only ever got three or four weeks anyway. There's more rest this year than in any year in football's history. I don't get this idea that it's a unique season. The fans aren't in the stadiums, the feeling's not there for the players.

"I've looked at the history of 12pm kick-offs from about 2002, when this fixture became something of a thing where the Premier League decided they were going to try to attack the Asian market. It's been very successful for the Premier League, and the riches of the Premier League have is down to this ability to play games at 12pm on Saturday and early on Sunday.

"I don't think Klopp's got what I would believe to be a major gripe about being disadvantaged against other teams that play in that slot in any other season. If you're successful and you're Liverpool, Manchester United, Chelsea, they want to watch you over in Asia and the overseas broadcasters will pay for that. It's been the same for 18 years.

"I then started to think about the volume of games Liverpool have played, and thinking they have played a lot of games in the last few years, they've been successful in the Champions League, gone all the way with City in the league. If you look at the days per game, again through history, at the moment they're playing every 5.4 days.

"If you look again at the most successful teams who've had European campaigns, whether it be the Europa or Champions League, going all the way back to Manchester United in 1998/99, again Liverpool are not disadvantaged. The players Liverpool have got this season, with bigger squads, are being asked to play a game every 5.4 days.

"The maximum Liverpool can play this season, if they go the whole way in every competition, is every 4.5 days."

Carra hits back: Klopp is being sincere

Jamie Carragher disagreed with Neville on whether this season could be deemed an extraordinary one.

"As a season, you cannot deny it's not different," Carragher said.

"How can you say it's a normal season? You've got Covid everywhere. You talk about the players being off for three months, but no-one knew when the season was going to start. The players weren't off, they were training.

"Let's not forget, this argument started with Ole Gunnar Solskjaer after playing in Istanbul on a Wednesday and playing at Everton on Saturday lunchtime. He came out and said: 'I think the authority wants us to fail'.

"I looked at that and thought, no, I don't agree. We're in TV and we understand the slots and where people have got to go. I'm the same with Jurgen and the 12.30 kick-off. Everybody wants Liverpool and Manchester United on.

"Jurgen Klopp argued for Solskjaer. You are talking like Liverpool haven't got an excuse or a reason or they shouldn't moan about this. I think the manager of Liverpool is sincere in not just thinking about Liverpool. I really do believe that."