Speaking on the Gary Neville Podcast, the former Manchester United defender said: "They're still down the bottom of the league but watching that performance against Aston Villa, I've got no doubts they'll get out of relegation trouble this season" Gary Neville spoke about how Newcastle are currently performing and what he thinks the future holds for them.

Speaking after Newcastle's third win on the bounce - a 1-0 victory over Aston Villa on Super Sunday - Neville reflected on the shifting momentum at St James' Park... 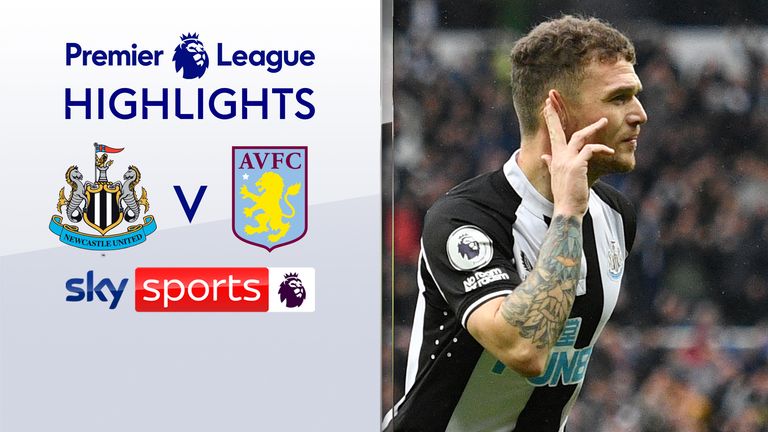 FREE TO WATCH: Highlights from Newcastle's win over Aston Villa

I remember Newcastle when they were right up there challenging for the title and their 1-0 win over Aston Villa was probably the best I've seen St James' Park in the 10 or 11 years I've been working for Sky.

The feeling and the energy inside the stadium after a performance that was really good. The work rate of the players was really good and it feels like St James' Park is back.

I've got goose bumps as this place has been absolutely depressing. In fact, it's been awful and I've not enjoyed coming up here at all. There's been woeful football and it's been spiritless in terms of the club being disconnected from the fans.

Now, this feels like something. They're still down the bottom of the league but watching that performance against Aston Villa, I've got no doubts they'll get out of relegation trouble this season. 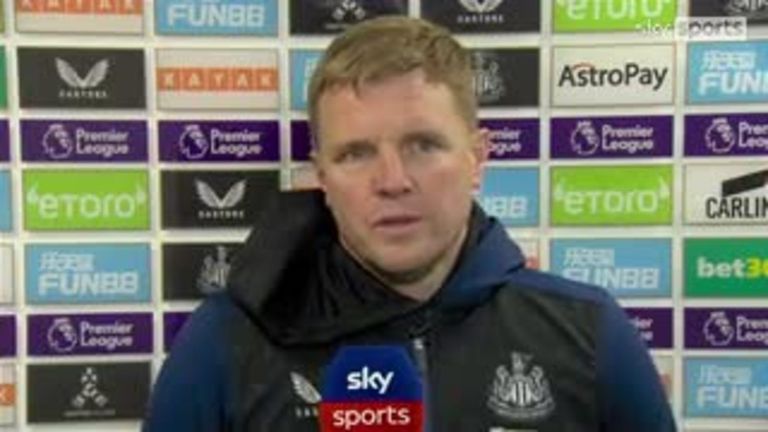 Newcastle manager Eddie Howe was pleased that the Magpies were able to grind out a vital win over Aston Villa to help them in their battle against relegation.

Obviously, they've got to continue to play like that. With the new ownership, the new manager and the new signings, things have changed. The big thing is the old owner leaving.

He [Mike Ashley] had to get out of the club but they're now producing team performances. I've seen individual brilliance in the past from Newcastle over the past 10 or 11 years but today they felt connected on the pitch. They've got a good spine of experience.

This felt like something they can build on. The crowd are such an asset here but, if you flip that, it can be an absolutely terrible place for Newcastle to play if they're not with you.

That has been the case a lot over the past five or six years because the manager hasn't been right or due to the owner, but it just feels completely different.

Eddie Howe said it himself - it wasn't pretty. But Newcastle held on for a narrow victory and gave their chances of survival, which have looked slim for much of the season so far, a huge boost. The result moves them four points clear of 17th-placed Norwich with a game in hand.

There were not too many clear cut chances for either side, but the game was, ultimately, settled by a moment of quality from Kieran Trippier, whose wonderful curling free-kick - after Newcastle had seen a penalty downgraded to a free-kick by VAR Paul Tierney - sealed a significant win for the hosts in front of a raucous crowd.

While the winner was wildly celebrated, the cheers were perhaps even louder when Ollie Watkins' headed equaliser was chalked off for a marginal offside with the help of a second VAR review with an hour gone.

The manner of the victory was representative of Newcastle's revival: on nine occasions this season they have taken the lead in games and gone on to either draw or lose, while only on three occasions have they scored first and won, with two of those coming in their last three Premier League games.

How fortunes have changed for Newcastle

Eddie Howe knew he had a major job on his hands when he walked into St James' Park to take up the Newcastle reins in November.

Mike Ashley's departure as owner had left long-suffering supporters dreaming of a brighter future under Amanda Staveley's Saudi-backed consortium, but knowing the very real prospect of relegation from the Premier League would hurl a spanner into the works.

A little more than three months on and, with the help of a £90m January spending spree, they have gained a significant foothold in the battle for survival.

The day Howe slipped into the hotseat, Newcastle sat in 19th place in the table, five points adrift of safety, the same number they had managed to collect from their first 11 league games.

They have taken 16 from the 12 matches they have played since, 11 of them from the most recent five to ease themselves four clear of the drop zone.

Perhaps significantly, two of their three league clean sheets to date have come in the last three fixtures. 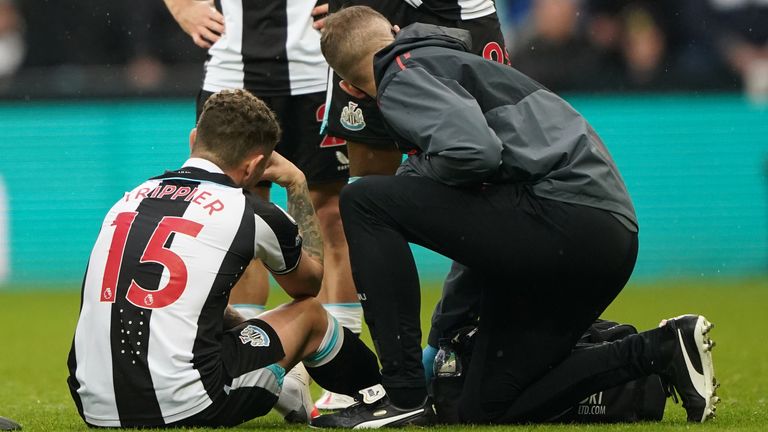 Sue Smith says Kieran Trippier has been massively important in Newcastle's recent up-turn in form. The defender will miss the next period after he suffered a broken bone in his foot during their win over Aston Villa.

Where under Ashley, Newcastle looked for potential they could later sell on at a profit, they have invested in proven talent under their new owners.

England full-back Kieran Trippier, who is facing weeks on the sidelines after fracturing a metatarsal during Sunday's victory over Aston Villa, looks a steal at £12m, while £13m defender Dan Burn made an accomplished debut in the same game.

Loan signing Matt Targett and £25m striker Chris Wood have also made an impact, while fans have so far only seen tantalising glimpses of the exciting talent big money buy Bruno Guimaraes possesses.

FREE TO WATCH: Highlights from Newcastle's win against Leeds

If the new additions have been key to the upturn in fortunes, so too has the vastly improved form of several members of the existing squad.

Skipper Jamaal Lascelles and Fabian Schar have added a vital solidity at the back, while midfielder Joe Willock has looked more like the man who starred on loan from Arsenal last season and Ryan Fraser has found both fitness and form.

But no-one has been transformed more than #40million Brazilian Joelinton, who appeared lost as a misfiring striker, but has been reborn as a hard-running, ball-winning midfield distributor. FREE TO WATCH: Highlights from Newcastle United's win over Everton

St James' had become an angry place. Fourteen years of watching a club simply existing had battered supporters into submission. The mood changed instantly with Ashley's departure and the excitement has simply mounted as performances and results have turned.

The famous stadium on Gallowgate once again looks and sounds like a fortress, and that is a potent weapon in the black and white armoury.

What does the future hold?

Howe and his players know there is no room for complacency as they attempt to maintain and build upon their recent run, a task which will be all the harder in the absence of new talisman Trippier.

However, they have now sucked Everton, Leeds and Brentford into the relegation battle and Crystal Palace, Villa and even 11th-placed Leicester are within sight, something which seemed a distant prospect just a few weeks ago.