Petr Cech on Chelsea sanctions: We are going day-by-day, but hopeful of Thomas Tuchel stay

Chelsea have been placed under a number of restrictions after owner Roman Abramovich was sanctioned by the UK government following Russia's invasion of Ukraine; Petr Cech spoke to Sky Sports ahead of Chelsea's meeting with Newcastle Chelsea technical advisor Petr Cech says the club is taking things "day-by-day" amid ongoing restrictions, but is hopeful Thomas Tuchel will stay at the club.

The west London club have found themselves placed under a number of restrictions after owner Roman Abramovich was sanctioned by the UK government following Russia's invasion of Ukraine.

Abramovich is looking for a new buyer of Chelsea, although this will now need to go through the government, with a number of parties said to be interested.

Ahead of Chelsea's Super Sunday meeting with Newcastle, former goalkeeper Cech gave an insight into how the club is coping with the future looking uncertain.

"It's a difficult situation," he told Sky Sports. "We have a lot of questions but not many answers. We are determined to concentrate on things we can control, which is working with people, supporting each other, come to training, focussing on the games. The teams have the support around to do it.

"We would like to keep integrity of the Premier League too. We want to prepare as much as possible and try to do our best. I have to admit we go day by day. We don't have this in our hands. Conversations are going on so that we can operate in a way to finish the season. We are part of Premier League - one of the best competitions in the world. For us to be able to carry on and finish the season it would help everybody else in the league too. 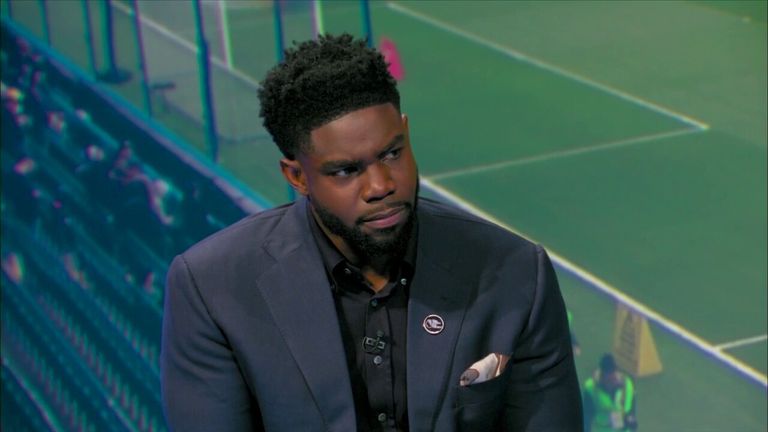 Micah Richards and Jamie Redknapp discuss the current state of Chelsea after their sanction. Richards praised the Chelsea players for their professionalism on the pitch

"It's something I'm not involved in [the talks with the government]. We have the board talking to the government about the license, how we can operate and what we can do, and try to finish the season. These conversations are going over and we try to do our best. We can go day by day, and hopefully the situation will be clearer soon.

"We hope the people working for the club will be able to get their salaries and live their lives, and hopefully work. But this is a difficult question for me to answer as I don't know what the license will be like in days. This is a day-to-day situation. Our work at the training ground is about supporting each other, helping each other and trying to find a way to focus in difficult times. That's what we've been putting a lot of energy on.

"That's something we don't know at the moment [about out of contract players]. That's why conversations are going on. We would like to know how we operate and what we can do with the team going forward. Without these answers, it's difficult to plan. We go day-by-day and we need to do it this way at the moment.

"Thomas [Tuchel] has a contract till 2024. We have been told that the contracts will be valued and in that way we hope we will have him as a coach. That's another thing. Tomorrow things can change and then my answer will be irrelevant.

"We know in football managers come and leave and sometimes the clubs change the owners. We know that. Now we are in that situation.

"We hope the new owner will come and want to continue this legacy of the club to be competitive and take care of the community as the Chelsea foundation setup in the past." 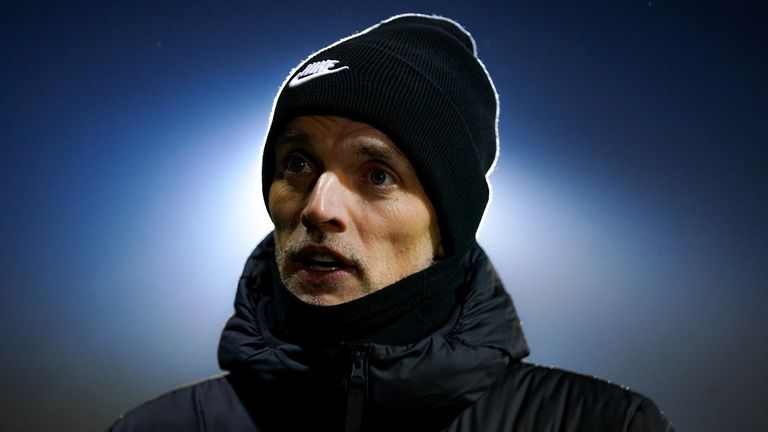 As manager, Tuchel has been at the forefront of the media attention as the rapidly changing situation unfolds and Sky Sports' Jamie Carragher has been impressed with how he has handled the situation.

"Right now, he is vitally important," Carragher said. "He's a brilliant manager, we know that from his record. The way he has handled himself in the last couple of weeks has really shown what type of guy he is as well.

"He's been the figure head for Chelsea Football Club, in terms of speaking out. He's getting asked questions constantly before games and after games, and I think he's come across really well."

When asked if any new ownership needs to keep Tuchel in charge, Carragher replied: "100 per cent.

"It's a great playing squad. You look at what they have achieved winning the Champions League and becoming World Club champions. There are a few players out of contract in the summer so there are problems for Chelsea in terms of next season, the squad and who they can bring in. Journalist Matt Law gives us update on the current state of Chelsea Football Club, and the Telegraph writer says they are reliant on a sale within the next few weeks

"But, in terms of Tuchel, they have a guy, and there are very few of them in world football, who can compete with Jurgen Klopp and Pep Guardiola, whether in this league or in the Champions League.

"Those managers are very few and far between right now."

There has also been some media speculation that Manchester United - on the hunt for a permanent manager - could try and target Tuchel is the situation at Chelsea does not improve.

Asked about the possibility, Carragher said: "That's up to Manchester United, I suppose.

"Unfortunately, the position Chelsea find themselves in, other clubs will be looking at their situation in terms of players and managers going forward. That's the nature of the beast, but he's one of the best managers in world football and Manchester United are looking for one.

"However, I think he's come out and said he's fully committed to the club, and I'm sure that is what he's got to say, but there are uncertain times at Chelsea because you don't know how the ownership is going to be, certainly towards the end of the season." On Sunday, prospective owner and lifelong Chelsea fan Nick Candy vowed to have a fan representative on the board if he acquires the club, and Carragher welcomed the idea.

He added: "There's no doubt fans should have a say in how their fans are run. It's difficult for fans to completely own a club.

"I think it will be difficult for Chelsea to replicate what it has done. They've been the most successful team under Roman Abramovich.

"It will be interesting to see how Chelsea finishes the season in terms of the top four and the other competitions. They are the European holders, but it could affect them."

Jimmy Floyd Hasselbaink was a Chelsea player in the early days of Abramovich's tenure as owner, and reflected on how the Russian changed the club and the Premier League.

He told Sky Sports: "I remember the days where I signed for Chelsea for Mr Ken Bates who owned the club at the time. We didn't own a training ground and three years later the club was sold. Trevor Birch came to the training ground with Mr Abramovich. He spoke about wanting to take the club to the biggest ever.

"We were trying to win the league, but we were so far away from Manchester United and Arsenal but we were not consistent enough as we didn't have the team for it. Then all that changed [with Abramovich].

"I do think Chelsea will be okay and will be bought by a new owner and it's an owner with the same vision that it has now. I still think Chelsea is a big club, an institution that needs to stay alive in the community."

Sky Sports pundit Jamie Redknapp added: "Who knows what the future will hold for Chelsea? It's not the Government's interest to run the club into the ground. There are too many jobs to be lost.

"There will be five or six billionaires wanting to buy Chelsea. There are enough of egos to want to try and buy this football club. But get it done sooner rather than later. There are good people at that football club, the quicker it gets done, the better."