The Germany international has been linked with moves to Real Madrid, Liverpool and Manchester United; Werner has 23 goals in 25 games in all competitions this term

Timo Werner admits he is attracted to the prospect of playing football in the Premier League, but states that he will remain an RB Leipzig player for the time being.

Werner's goalscoring form has seen him linked with a host of European clubs this month, including Liverpool and Manchester United.

Sky in Germany reported earlier this week that Real Madrid are also targeting the forward, who has 18 goals and six assists in 17 games in the German top-flight this season.

"The Premier League is certainly the most interesting league, you have to say," he told Bild.

"There is a certain flair to watching the English league and playing there."

Despite ongoing talk about a move away from Saxony, Werner was keen to dispel these transfer rumours, stating: "As of now I have no desire to look for a move elsewhere." 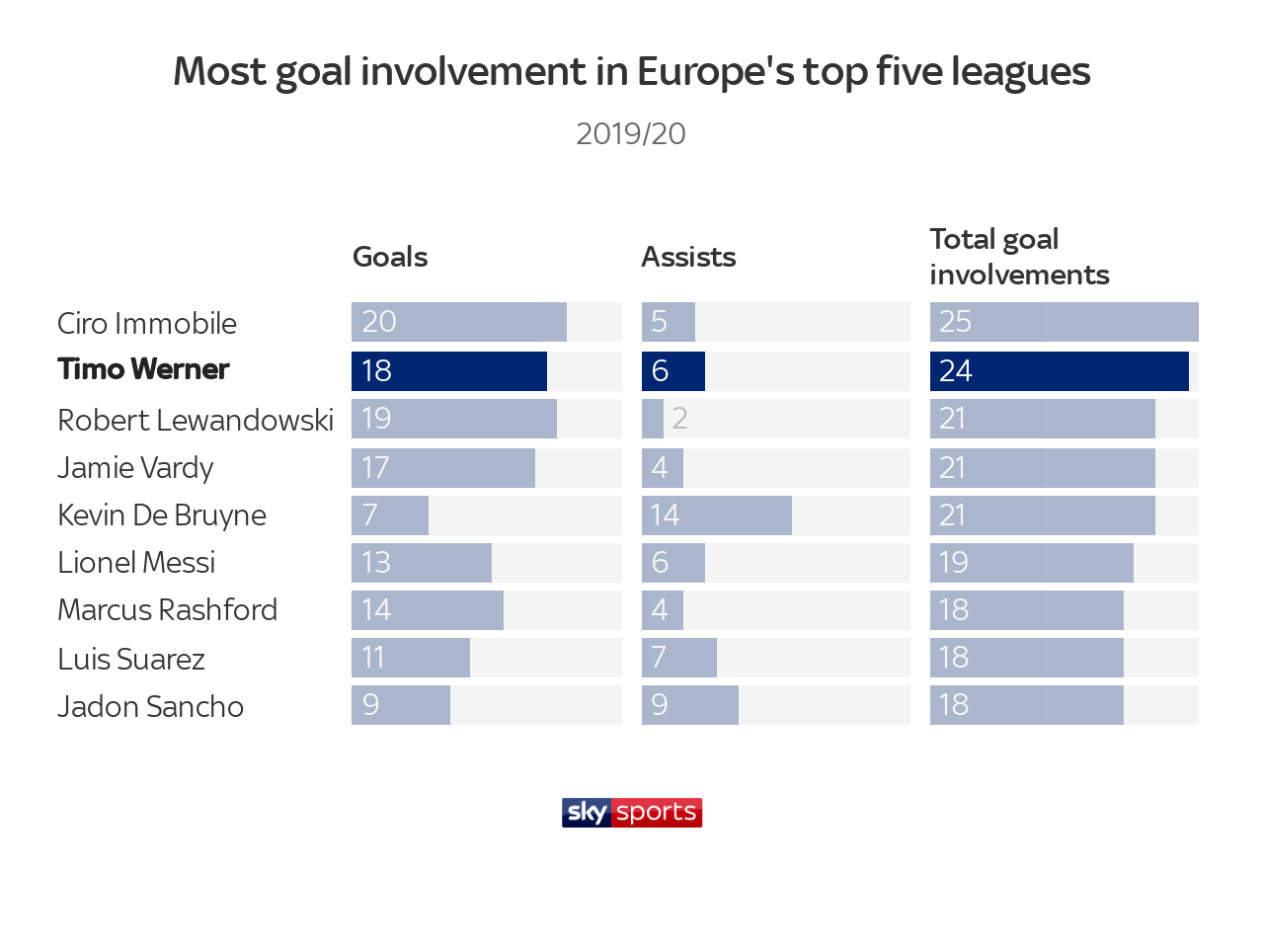 The striker has previously admitted that he would favour a move to the English top-flight, if or when he decides to leave German club football.

After the club originally announced in April 2019 that Werner would not be renewing his contract at Leipzig, the 23-year-old then signed a new deal with the current Bundesliga frontrunners in August last year, extending his stay until summer 2023.

'I can't see why Timo would leave'

The club's sporting director Markus Kroesche has reiterated that Werner will not be departing RB Leipzig during the January transfer window, and insists that the forward remains an integral part of their Bundesliga title challenge.

"Timo just extended his contract with us which means that it is our intention, on Timo's part and ours, that we are committed on working together during the next couple of years," Kroesche told Sky in Germany.

"I can't come up with many reasons why he should leave. We are playing in the Champions League, we have great staff and a great coach, we have great infrastructure.

"We have a harmonious young team, with many highly-talented players that will keep on improving, we have a great city. So, I don't know why it should change."

RB Leipzig, who are two points clear at the summit of the German top-flight, host Union Berlin after the German winter break on January 18, as Julian Nagelsmann's side look to consolidate their lead in the table mid-way through the season.