Team news and stats ahead of Norway vs Northern Ireland in the UEFA Nations League, live on Sky Sports (kick-off 7.45pm).

Northern Ireland will be facing one of the best strikers in Europe on Wednesday night in Erling Haaland, according to full-back Conor McLaughlin.

The Borussia Dortmund forward may still only be 20, but McLaughlin believes he already ranks alongside the likes of Robert Lewandowski after exploding on to the scene in the past two years - and bagging his first international hat-trick at the weekend against Romania.

McLaughlin did not feature in Northern Ireland's 5-1 home defeat to Norway last month, when Haaland scored two and created two more, but saw enough from the sidelines.

"He's right up there," McLaughlin said when asked where Haaland ranks. "He's probably one of the fastest players I have seen live, his finishing as well.

"When I went back to my club after the last game, I said to a couple of the lads, him and Lewandowski, when we played against him for Poland, they are two of the best strikers I have seen." 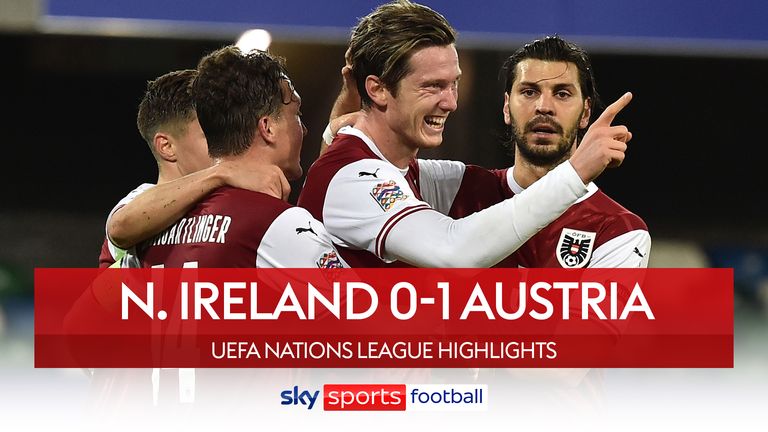 Norway's Stefan Johansen sustained a knock against Serbia and missed the win over Romania while reserve goalkeeper Orjan Nyland is also carrying an injury.

Joshua King will be pushing for a recall after coming on as a second-half substitute in that most recent out, possibly at the expense of Mohamed Elyounoussi.

Newcastle left-back Jamal Lewis (Achilles niggle) has not travelled to Oslo. The 22-year-old is the only definite absentee for the match, though Ian Baraclough is expected to make several changes for what is a third competitive international in the space of seven days. 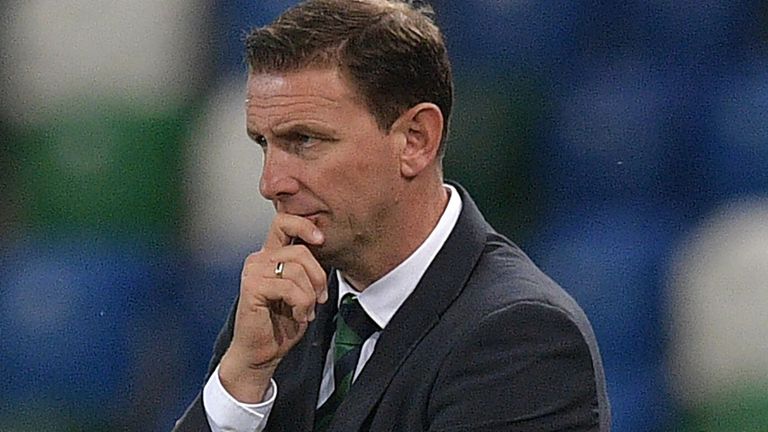 Defeat to Austria meant a sixth in seven outings for Northern Ireland in the Nations League, so Ian Baraclough could look to make changes to his team.

Baraclough has no reported injury or suspension concerns, though he may be tempted to rotate his side. Gavin Whyte, Jordan Jones and Kyle Lafferty started against Austria, but all three of those could make way in Oslo.

Conor Washington is expected to lead the line despite his record of four goals in 23 international appearances.

Norway vs Northern Ireland will be broadcast live on Sky Sports Mix from 7.30pm; Kick-off at 7.45pm. Sky Sports customers can watch in-game goals in the live match blog on the Sky Sports website and app. Highlights will also be published on the Sky Sports digital platforms and the Sky Sports Football YouTube channel shortly after the final whistle. 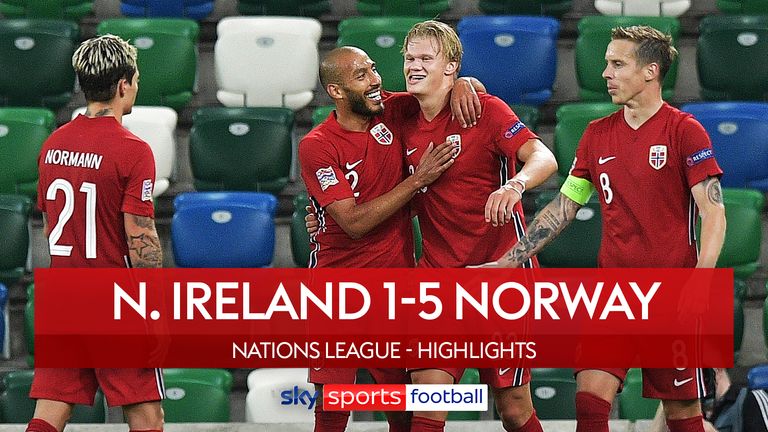