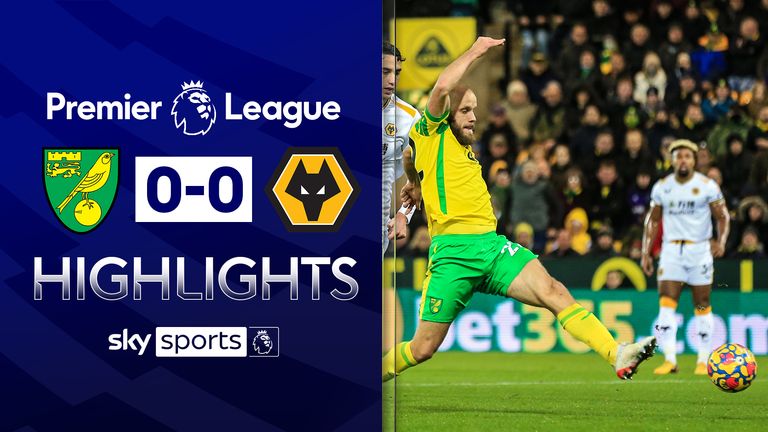 FREE TO WATCH: Highlights from the 0-0 draw between Norwich and Wolves in the Premier League.

Dean Smith's unbeaten start as Norwich boss continued as his side held Wolves to a 0-0 draw at Carrow Road.

Smith's tenure got off to a winning start with a 2-1 home victory against Southampton last weekend and it was followed up by what could prove to be a significant point against a top-half Wolves team.

It could have been so much more for the hosts, however, who saw glorious chances to secure a third straight Premier League win go begging when Wolves keeper Jose Sa denied both Teemu Pukki and Lukas Rupp with late saves.

Wolves, who went into the game having won five of their previous seven matches, saw plenty of the ball throughout the game but struggled to find their rhythm. They failed to create much of note, although Tim Krul did have to keep out Joao Moutinho's low shot after Grant Hanley's back pass had put the hosts in trouble.

Norwich looked to get on the front foot, with both Pukki and Josh Sargent firing early chances over the crossbar.

Wolves striker Raul Jimenez had an early chance to score his fourth goal since returning to action following a career-threatening skull fracture, but the ball from Rayan Ait-Nouri was just too far ahead of him and goalkeeper Krul was able to gather.

Man of the match: Billy Gilmour.

Just before half-time, Krul had to come off his line to prevent the ball from reaching Jimenez. It was then cleared straight to Moutinho, who hit a low drive but Krul was able to get up quickly and save with his feet to keep the score level.

Less than two minutes later, Wolves keeper Sa was called into action to deny Max Aarons who played a one-two with Rupp before taking a shot.

The best chance of the match fell to Pukki after the break. He found himself one-on-one with the goalkeeper after being picked out by Rupp, but his shot was straight at Sa.

Rupp had a chance with 10 minutes remaining when he managed to get a foot to a cutback from Milot Rashica, who had made a clever run down the left, but his effort lacked power and the Wolves keeper was able to make the save.

There was one final opportunity for the hosts as Kieran Dowell's cross picked out Pukki, but the striker, who was on the stretch, couldn't make a good enough contact with the ball to test Sa.

"I thought our overall performance was really good. They gave us problems in the first 20 minutes with the two players in the pockets but then we changed it and went a flatter three in midfield, and I felt we dealt with that. 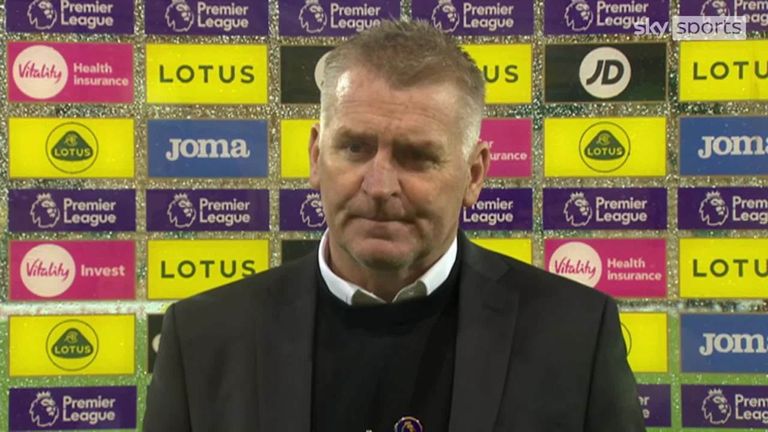 Norwich boss Dean Smith was happy with his sides performance after their 0-0 draw at home to Wolves, and believes they created enough chances to win the game.

"When I first came in, I said I wanted us to stop giving away big chances, which we did today. We restricted them to very few and I'm not sure (goalkeeper) Tim (Krul) has had much to do today, and we created four big chances. On another day we win the game.

"I always believe if you're not creating chances that's the worry. The fact is we're creating them, and we've got players who can go and score them and on another day Teemu (Pukki) goes away with a brace.

"That's the big point for me - the goalkeeper made a good save in the first half, Rupp has had a good chance as well, so we've had a number of good chances where we could have been more clinical and won the game, but we're certainly getting the players in the right areas to go and score goals."

Wolves manager Bruno Lage: "I think we started the game very well. The first 20 minutes we managed the game the way we liked, it worked. 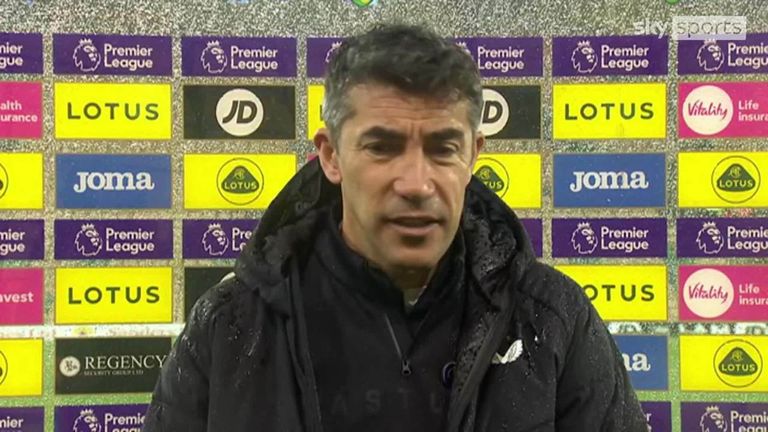 Bruno Lage says his Wolves side lacked aggression in their attacking play but isn't too dissatisfied with a point.

"Sometimes I think the players need to understand they can face situations in one against one and shoot to the goal. I think we missed a spark.

"Second half the game was more balanced. We lost some balls on the sides because of some transitions and Norwich created good chances for them, so if you look at the whole game it's a point but I think in that moment we should do better."

Norwich have taken seven points from their last three Premier League games (W2 D1), more than they had in their previous 25 in the competition (W1 D3 L21).

Only the current top two sides Chelsea (5) and Liverpool (4) have kept more away clean sheets in the Premier League this season than Wolves (3).

Norwich are winless in their last five league games against Wolves (D2 L3), having won four of their five against them before this (L1).

Smith's side have kept two clean sheets in their last four Premier League home games, as many as they had in their previous 26 at Carrow Road in the competition.

Norwich now go to Newcastle on Tuesday in the Premier League at 7.30pm, while Wolves host Burnley the following evening at 7.30pm. Free highlights from both games will be available on the Sky Sports website, App and YouTube channel.