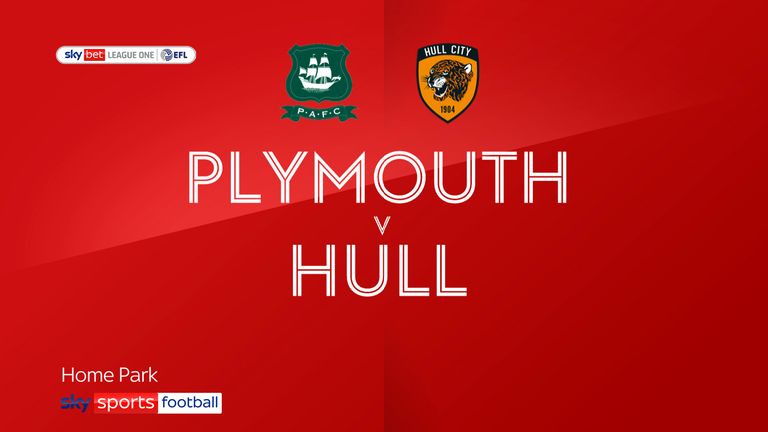 Highlights of the Sky Bet League One match between Plymouth and Hull.

League One leaders Hull maintained their promotion push with a clinical 3-0 win under the sun at Plymouth.

Keane Lewis-Potter took his league tally to 11 goals with City's 11th-minute opener, slotting home after being put in on goal by Mallik Wilks.

City did double their lead in the 58th minute as George Honeyman pounced on a Jerome Opoku back pass to put striker Josh Magennis in on goal. Magennis made no mistake, finishing with a thumping close-range strike through keeper Michael Cooper's legs.

Lewis-Potter turned provider to tee up Greg Docherty for a measured low finish into the corner from just inside the box on 74 minutes.

Cooper had to be on his toes to deny Magennis and Wilks as City pressed throughout.