Free match highlights and report as Heung-min Son's first-half goal from a free-kick cross sends Spurs top of Premier League going into international break; Nuno Espirito Santo's side uphold their 100 per cent Premier League record and are yet to concede a goal

FREE TO WATCH: Highlights from Tottenham's win over Watford in the Premier League.

Tottenham go into the international break top of the Premier League after Heung-min Son's goal handed them a 1-0 home win over Watford.

There were early chances for both sides, but the game was in threat of becoming deadlocked before Son came to the rescue on his 200th Premier League appearance, curling in a wicked free-kick cross that bamboozled the Watford defence and goalkeeper Daniel Bachmann (42), finding the far corner.

But Spurs were never completely comfortable as both Juraj Kucka and Ismaila Sarr missed opportunities for Watford, though Dele Alli swept a fine chance wide at the other end in the second half and Harry Kane missed two late openings on his first Premier League start of the season.

It was a third straight 1-0 win for Nuno Espirito Santo's side as they upheld their 100 per cent Premier League record - though the Spurs boss said after the game "nothing is perfect, we're still trying to improve" - while newly-promoted Watford sit 12th with three points.

Man of the match: Heung-min Son

Nuno's start at Spurs has perhaps been more practical than pretty - Pierre-Emile Hojbjerg and Oliver Skipp sat deep again throughout to protect the defence - but it was just what Tottenham needed as they head into the international fortnight on a high, just weeks after the club had looked in crisis.

The best and worst of north London

A place at the Premier League's summit with rivals Arsenal propping up the division was the carrot dangling in front of them at kick-off and they took their chance to end a positive week in which Kane confirmed he was staying at the club.

Kane was given another hero's welcome, and the noise had barely died down by the time he went down in the area following a shove from William Ekong after Bachmann's lazy clearance, but nothing was given.

Watford then went on the first of several breaks upfield, only for Eric Dier to brilliantly block Kucka's effort from the edge of the box with his head.

The game started to settle into a pattern - Spurs attempting to stretch play and the visitors sitting deeper, ready to pounce on the break - as Bachmann superbly denied Japhet Tanganga's poked effort in the box from a scramble at a corner.

With Watford looking relatively comfortable approaching half-time, Spurs' opener came at the perfect moment. Steven Bergwijn won a free-kick on the left, which Son curled brilliantly into the six-yard box, and after Bachmann resisted the temptation to claim it, the ball whistled past the crowd in the box and felt into the far corner.

Watford reacted well after the break, creating two big chances. First, Kucka lashed over the bar in acres of space from Sarr's centre, before Josh King got in Sarr's way eight yards out as he looked to turn home from a Moussa Sissoko cut back.

Nuno made one change to the Spurs team which edged past Wolves last weekend as Harry Kane came in for his first Premier League start of the season, replacing Lucas Moura.

Watford made four changes; in came Francisco Sierralta, Juraj Kucka, Josh King and Moussa Sissoko, who made his Watford debut against his former club Spurs.

Christian Kabasele, Tom Cleverley, Imran Louza and Ken Sema dropped to the bench, which was missing club captain Troy Deeney, as speculation over his future continues.

Sissoko also blazed over the bar in space - just as well, given the pre-match stadium montage still included a commentator's yelps of a Sissoko strike for Spurs - and that prompted the entire stadium to sing his name just days after leaving the club.

It was then Spurs' time to counter as Son broke brilliantly through midfield; he fed Kane on the right, whose centre found Dele Alli running onto the ball, but his low, sweeping shot fell inches wide.

Lucas Moura flashed a cross-shot wide minutes after coming on, and then showed great pace and fight to square for Kane for a tap in at the far post, only for the pass to get the slightest of deflections to take it away from the striker's path.

From the resulting corner, Kane's shot into the ground from Eric Dier's nod-down was blocked by Bachmann, and Spurs resisted any Watford onslaught in the final moments to secure the win. 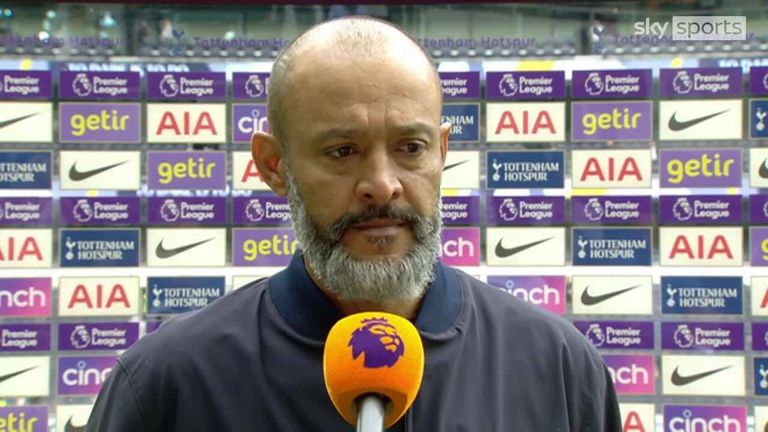 Nuno Espirito Santo says Tottenham created enough chances against Watford but need to be more clinical in front of goal.

Tottenham boss Nuno Espirito Santo: "There's no perfection, we're still trying to improve. Today we did a good game in terms of consistency, and organisation. We have to be more clinical we had enough chances to make a different score, but the boys worked very hard. The dynamic of the team is good.

"We threaten enough. Good possession, good lines, maybe a little bit more dynamic on the movements to open the gaps that we needed, but overall very very well done.

"Watford were very organised, didn't allow too many spaces. But more dynamic, more mobility through our front line, but something that we have to improve. We'll see the game and speak to the boys." 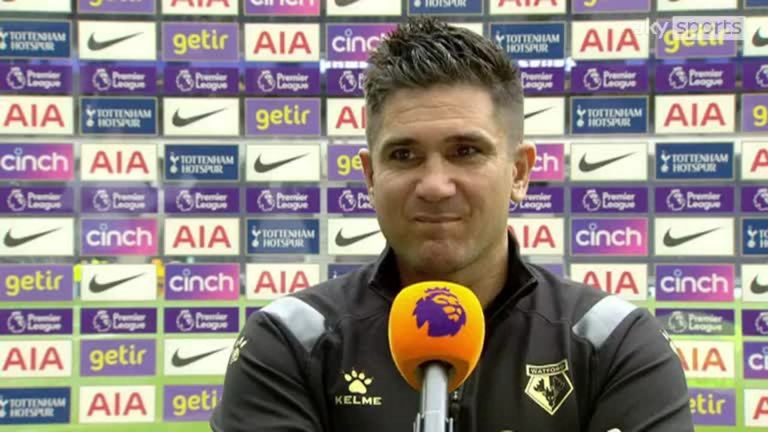 Xisco Munoz was very pleased with Watford’s display against Tottenham but admits his side needed to be perfect to get anything against a table-topping Spurs.

Watford head coach Xisco Munoz: "I think we played a very good performance, but we know if you want to get a result here you have to be perfect. The players understood what we wanted today, it was good, we are going in the right direction.

"I don't think [about the goal], I prefer to think about the positive things. We had control in lots of aspects of the game. Today was very hard with the mentality and physically, so it was a very good performance from my players."

Tottenham go to Crystal Palace after the international break at 12.30pm on Saturday September 11, while Watford host Wolves at 3pm on the same day in the Premier League.