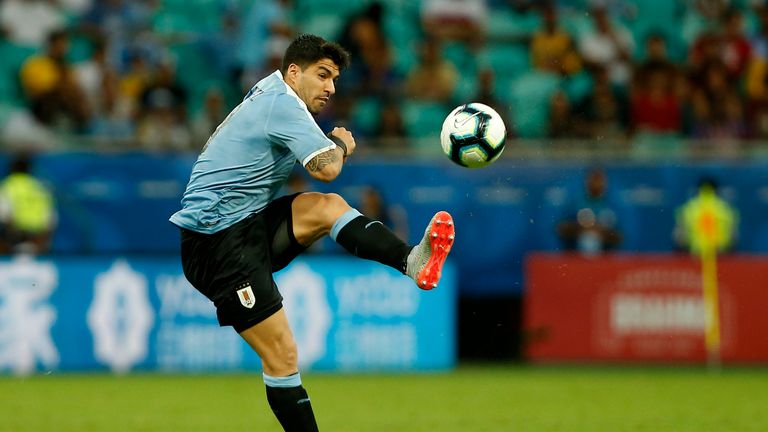 Luis Suarez missed the crucial penalty as Uruguay were knocked out of the Copa America at the quarter-final stage with a shoot-out defeat by Peru on Saturday.

Uruguay had already been left frustrated by three goals ruled out during normal time, before the match at the Itaipava Arena Fonte Nova in Salvador went straight to extra time at the end of a goalless 90 minutes.

Suarez missed Uruguay's first penalty but every other player converted their spot-kicks and Edison Flores sealed Peru's place in the last four by blasting past Fernando Muslera.

Peru will face neighbours Chile in the last four in Porto Alegre on Wednesday, the day after tournament hosts Brazil meet arch-rivals Argentina in the other semi-final clash in Belo Horizonte.

Uruguay dominated the play during the game but Giorgian de Arrascaeta, Edinson Cavani and then Suarez all had goals chalked off for offside, which were each verified by VAR checks.

They became the third team to lose a quarter-final tie on penalties after Paraguay were beaten by Brazil and Chile beat Colombia.

There is no extra time in Copa America quarter-finals in the event of a draw, although 30 minutes will be added on in the semi-finals and final if necessary