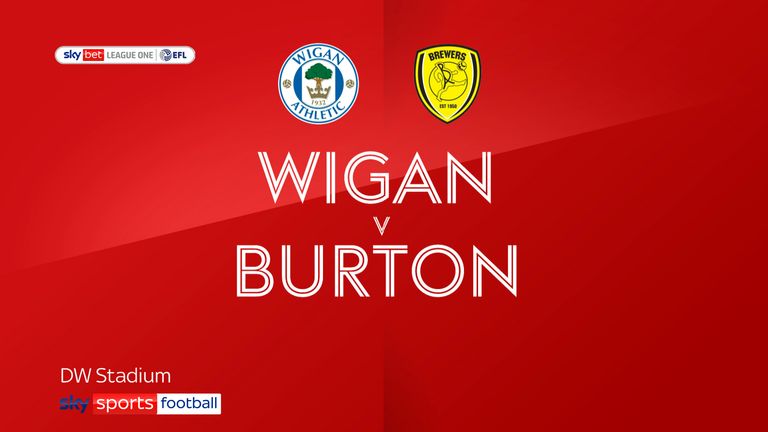 Highlights of the Sky Bet League One match between Wigan Atheltic and Burton Albion.

Burton secured their spot in Sky Bet League One for another year and Wigan took another step towards safety after a 1-1 draw at the DW Stadium.

The visitors took the lead after 16 minutes when Joe Powell curled a brilliant free-kick over the Wigan wall.

But Wigan raised their game and were back in it eight minutes before half-time, when Lee Evans' corner was headed home by the in-form Will Keane.

In a game of little goalmouth action, one more goal was always likely to prove to be the winner.

But Wigan goalkeeper Jamie Jones hardly had to make a save worthy of the name.

At the other end, on-loan Aberdeen midfielder Funso Ojo smashed a goalbound effort straight at a Burton defender.

Then, in stoppage time, an Evans corner was headed down by Joe Dodoo into the path of George Johnston. But from the penalty spot, the on-loan Feyenoord defender lashed his effort high and wide of the target.