Zimbabwe vs Guinea. Africa Cup of Nations Group B.

Match report and free highlights as already-eliminated Zimbabwe upset Guinea at Africa Cup of Nations despite screamer from Naby Keita; Guinea finish second based on their head-to-head result with Malawi 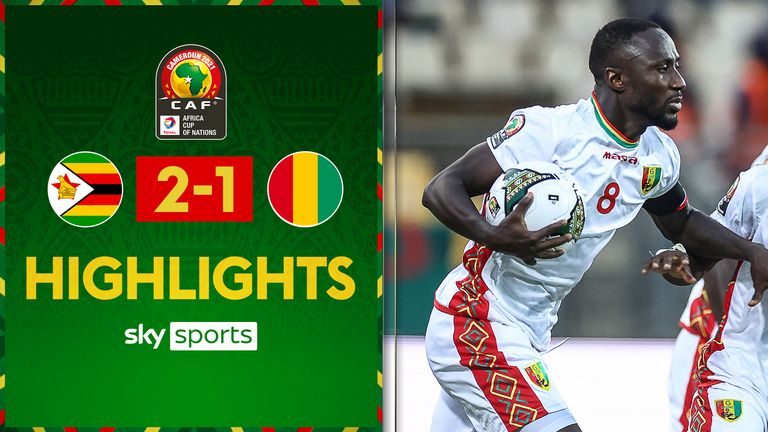 Highlights of the Africa Cup of Nations Group B match between Zimbabwe and Guinea.

Already-eliminated Zimbabwe upset Guinea with a 2-1 win at the Africa Cup of Nations finals in Yaounde on Tuesday, although Guinea will still advance to the last 16 as runners-up in Group B.

Captain Knowledge Musona and Kudakwashe Mahachi both scored in the first half to earn Zimbabwe a farewell win after losing their opening two matches as they finished last in the group.

Naby Keita pulled a goal back for Guinea early in the second half, but they could not find an equaliser. The Liverpool midfielder was cautioned late in the game for dissent and, in a further blow for Guinea, he will miss their next game in the knockout phase.

Senegal finished top of the group after a goalless draw against Malawi in Bafoussam. Malawi were level with Guinea on four points but Guinea finished second based on their head-to-head result.

Guinea had the first chance of the match when Zimbabwe goalkeeper Talbert Shumba came out to chase a ball but was caught short, offering Sory Kaba the chance to score in the 24th minute.

Yet the centre forward scuffed his shot and Zimbabwe defender Bruce Kangwa got a touch to turn it away.

Two minutes later Musona opened the scoring, rising unmarked in the middle of the Guinea defence to head home from close range. 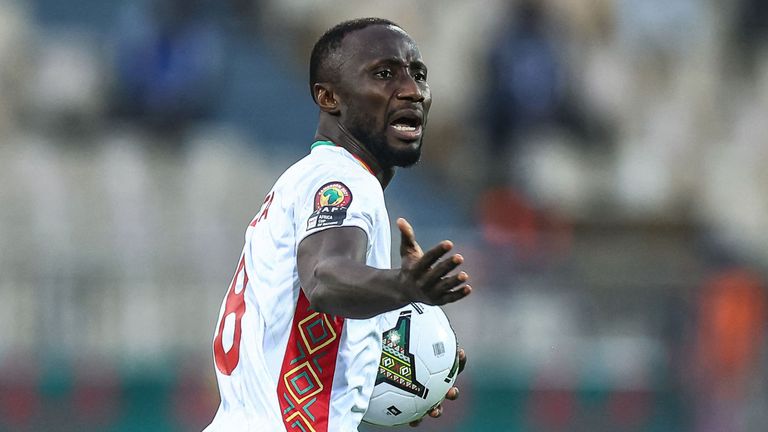 Naby Keita showed his quality with this stunning strike for Guinea in their Africa Cup of Nations clash with Zimbabwe.

A second goal followed two minutes before halftime when Mahachi struck a left-footed effort under the body of Guinea goalkeeper Aly Keita.

Guinea got the second half off to a good start as Keita thrashed the ball into the net to pull one back.

It set up an exciting second half as Guinea pressed forward for the equaliser but a makeshift Zimbabwe side held firm to snap a 14-match winless run stretching back to last March.

We go home with some pride and that is what is important for us, said coach Norman Mapeza.

The match was refereed by the first woman to officiate a game at the finals - the 35-year-old Rwandan Salima Mukansanga, who grew increasingly weary of Keitas persistent complaints about Zimbabwean time wasting and booked him in the last minute.

It was his second caution of the first round and means he now misses Guineas last-16 match in Bafoussam on Jan. 24 against the runner-up in Group F, whose identity will be decided on Thursday.

Zimbabwe were already out of contention and were the first team to be mathematically eliminated after they lost to Malawi on Thursday.