Report and highlights as Burnley pull clear of the relegation zone Burnley grabbed a 2-1 win against Leicester to break a run of five straight defeats as Nick Pope starred and saved a Jamie Vardy penalty with the scores at 1-1.

Sean Dyche's men looked in big trouble at the break after Harvey Barnes handed top-four chasing Leicester the lead (33) but Chris Wood forced home a timely leveller (56) at a time when Leicester were dominating.

Vardy was handed the perfect opportunity to restore the advantage from the spot but Pope guessed right (68) - one of seven saves he made during the match - and Burnley completed the comeback when Ashley Westwood struck after a poor clearance by Jonny Evans (79).

The victory moves Dyche's side five points clear of the drop zone as the old Burnley stood up and showed their fighting spirit. For Leicester, it leaves them in a sticky run of form, winning just two of their last seven Premier League games.

Only Liverpool had a better away record than Leicester coming into this game and that confidence was on show in the early stages as Barnes stung the palms of Pope inside a minute.

You'd have expected Leicester to kick on from there, but Burnley restricted their passing game as Jack Cork and Westwood did a fine job at restricting the dangerous James Maddison.

This lack of space for the creative players on the pitch resulted in a scrappy affair that would have satisfied Dyche, whose team looked comfortable up until the moment they fell behind on 33 minutes.

Cork took one touch too many in midfield which allowed Dennis Praet to slide in and nick the ball that sent Barnes away to attack Ben Mee one-on-one. The Burnley defender, who was appealing for a foul on Cork, backed off which allowed Barnes to dribble past him and smash a strike past Pope to register his first goal since August.

Dyche wanted his team to be more aggressive after the break - a tactic that did yield an improvement but also afforded more room for Leicester on the break as Pope had to be at his best to palm clear a curling Praet effort from 15 yards.

Kasper Schmeichel had looked suspect from in-swinging Burnley corners and that was the avenue for the home side's equaliser on 56 minutes. Mee rose highest at the back post to send a ball back across goal which was blocked by Schmeichel but only out to Wood, who slammed his team level.

Brendan Rodgers' side had the perfect chance to go back in front when Mee was once again beaten for pace by Barnes who tumbled inside the box. However, Vardy's penalty was a nice height for Pope who guessed right and palmed away the spot-kick.

Charlie Taylor found space to cross from the left and Evans' half clearance fell to Westwood, who drilled home his first ever goal at Turf Moor on his 400th career appearance.

"England's number one," was chanted around Turf Moor at full time. And in this kind of form, Pope, who has only made two England appearances, will certainly give Gareth Southgate something to think about.

He said: "Goalscorers always get the glory but goalkeepers keep the game alive - he made three crucial saves, none more so than the penalty save from Vardy. If you're looking for a starting goalkeeper at the Euros in the summer, I wouldn't look any further than Pope."

"We've had a tough run of games with the results and a few questions about it, but to handle all that and deliver that performance shows the strength of the group.

"I look at mentalities and performances. I thought the performance was there. They work on it all week, they've been excellent all week and they delivered. To have the mentality to go and deliver against the questions from a few different areas is very good." 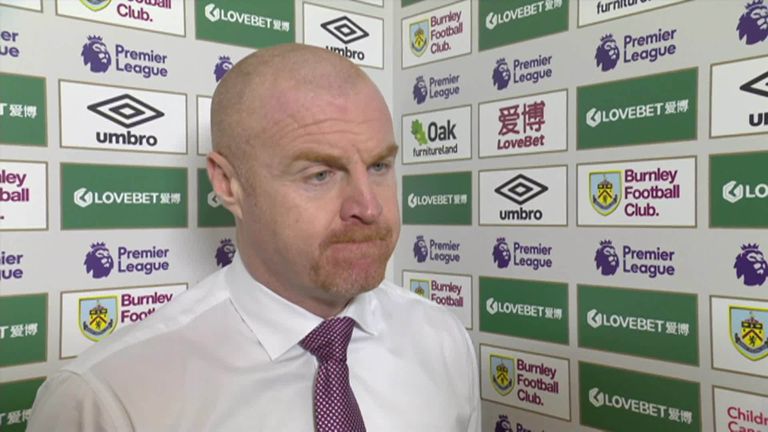 Leicester boss Brendan Rodgers said: "I thought we deserved to win the game, we just didn't take our chances. That was a mixture of their keeper making some brilliant saves and our finishing. I always thought we were a threat in the game, we had that fluency back. The biggest disappointment is the second goal in that their midfielder runs off our midfield and his desire to score was greater than ours which was a huge disappointment.

"You have to have those things right in the Premier League away from home if you are going to get anything. But I thought we were dangerous, slick, with good combinations, but somehow lost." 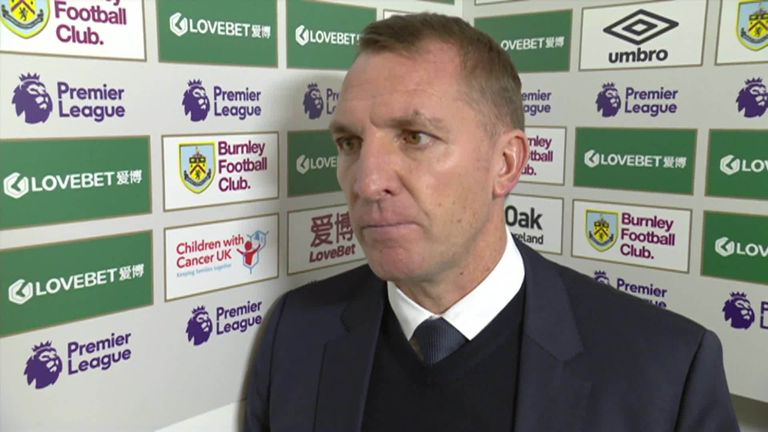