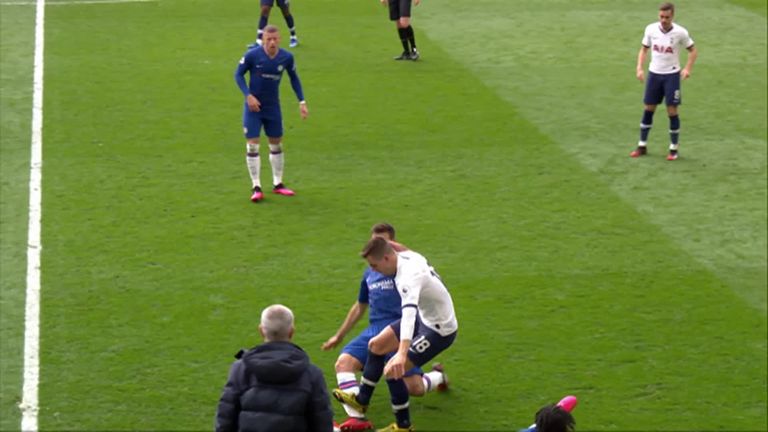 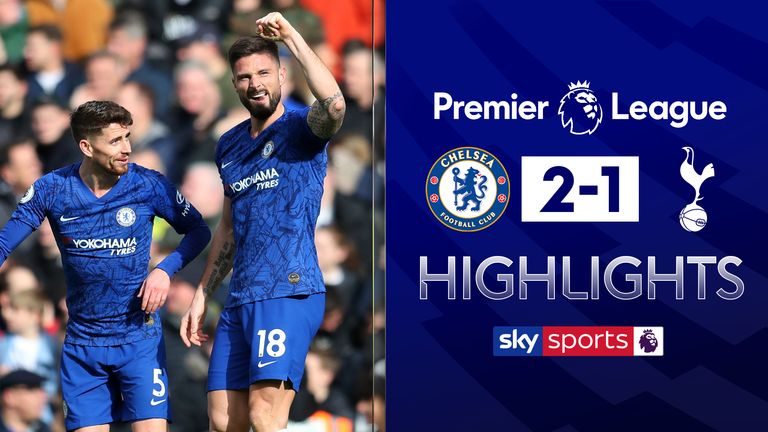 Chelsea boss Frank Lampard masterminded a crucial 2-1 win over Jose Mourinho's Tottenham, as recalled pair Olivier Giroud and Marcos Alonso fired the Blues to a victory which strengthens their hold on fourth place.

In his pre-match press conference, Mourinho had claimed he had been told Chelsea were switching to a back five for the fixture, and while that was proved correct, Spurs were unable to prevent Giroud (15) from scoring his first Premier League goal of the season or Alonso (48) capping a move which involved all four line-up changes made by Lampard.

Tottenham midfielder Giovani Lo Celso appeared to be fortunate to escape a red card for his tackle on Cesar Azpilicueta despite it being referred to the VAR.

While Spurs pulled one back late on when Erik Lamela's effort was deflected in by Antonio Rudiger (89), it could have been worse for the visitors had Giovani Lo Celso not been controversially let off by a VAR check when he appeared to stamp on Cesar Azpilicueta. Officials at Stockley Park later announced 'human error' had caused them not to send off the midfielder. 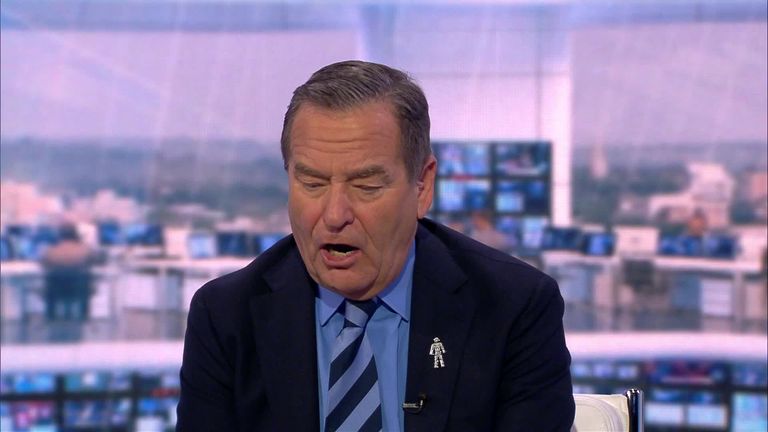 The Soccer Saturday panel were shocked by VAR's initial decision not to send off Giovani Lo Celso for his challenge on César Azpilicueta.

Lampard's win over his former Chelsea manager Mourinho gives the Blues a four-point cushion over their London rivals and extends Tottenham's dismal run at Stamford Bridge to one win in 34 trips.

How Chelsea boosted their top-four hopes…

Chelsea had gone four without a win in the league before Saturday but Giroud repaid Lampard's trust in him by scoring on his first start since November on 15 minutes, blasting in at the near post after Ross Barkley had bounced the rebound from the Frenchman's initial saved shot against the post.

Olivier Giroud, Mason Mount, Marcos Alonso and Ross Barkley were recalled to the first XI by Frank Lampard as Chelsea switched to a back five.

Spurs also went to a five-man defence, with Dele Alli dropped to the bench.

After a delay for a VAR offside check, Lampard pumped his fist in celebration at his striker's first Premier League goal since April and another rare starter, Alonso, almost joined Giroud on the scoresheet when he chested the ball up and volleyed a right-footed shot narrowly over the bar from distance as Chelsea stepped up the pressure.

Spurs had chances to get back level just before the break, with Lucas Moura's shot deflected over the bar by Azpilicueta and Davinson Sanchez forcing Willy Caballero to tip over from the resulting corner before Japhet Tanganga almost latched on to a long ball forward which had the Blues keeper back-tracking.

But it was the home side who finished the half on top, with Barkley shooting into the side-netting and they made it 2-0 three minutes after the restart when the four players Lampard brought into his XI combined. Mason Mount sent Giroud's flick-on to Barkley who squared for Alonso to fire his low shot past Hugo Lloris on his first league start since December.

Barkley then forced the Spurs keeper to push his shot from wide over the bar before Lo Celso escaped punishment for a nasty-looking challenge on Azpilicueta which left the Chelsea man with stud marks on his shin. With around 10 minutes left to play, officials confirmed Lo Celso should have seen red.

There were more debatable decisions to follow, as Tottenham had penalty appeals waved away when Tanguy Ndombele collided with Reece James and Harry Winks went down under Rudiger's challenge, while Chelsea could easily have made it three, with sub Tammy Abraham denied by a fine save by Lloris and Alonso hitting the bar with a free-kick.

Spurs pulled one back when sub Lamela's low strike went in off Rudiger's heel to set up a tense finale, but the hosts saw out the game to secure just their sixth Premier League home win of the season - and land a big blow in the race for the top-four.

A major talking point in the match was how Tottenham's Giovani Lo Celso escaped a red card in the second half, with the video assistant referee deciding no punishment was required for his challenge on Cesar Azpilicueta at the time, before officials at Stockley Park later conceded it was a mistake not to send Lo Celso off, blaming 'human error'.

"Everybody knew they'd made a mistake," said Frank Lampard. "We obviously have the monitor and can view it. I was waiting for the red card to be shown. Not with real pleasure because it's just a tackle which endangers a player. That's what VAR was brought in for, to see things the referees on the pitchside don't see. And it's just not good enough."

Jose Mourinho meanwhile asked why officials hadn't also apologised for what he perceived to be VAR errors against his own team earlier in the season. "I hope the noise is the same noise of when the VAR kills us," he said.

"I hope the noise is exactly the same against Liverpool when [Andrew] Robertson should get a red card and didn't, against Watford when [Etienne] Capoue should get the red card twice with this gentleman, [referee] Michael Olivier, I hope that the noise is the same noise. Why didn't they say when they made the mistake against Liverpool and Watford? That's what I mean by the same noise."

Chelsea manager Frank Lampard: "It's been a tough period for us at home, we know that, and the last couple of days have been spent finding the reasons why, because I can't keep saying we're playing well and losing games, it doesn't work, so we had to find the reason why. A lot of it for me was a mentality in both boxes, focus in every moment of the game, and they gave me everything today."

Tottenham manager Jose Mourinho: "I have no complaints about my players, that is for sure. The result could be different - could be 3-1, could be 2-2. It's difficult for my players to do better than what they did. With what we have at the moment, with the power that we have, or we don't have - with the situation we live in this moment which is almost unique - it's very difficult to do better, especially when the opponent scores before us. Opponents they know if they score a goal before us we are in trouble.

Chelsea are in Champions League action on Tuesday when they host Bayern Munich at Stamford Bridge in the first leg of their round of 16 tie; Kick-off at 8pm. After that, they face a trip to Bournemouth in the Premier League on Saturday, Feberuary 29; Kick-off at 3pm.

Meanwhile, Tottenham's next engagement is on Sunday, March 1 at home against Wolves; Kick-off at the Tottenham Hotspur Stadium is at 2pm.