Marco Silva: Morgan Schneiderlin will not leave Everton this summer 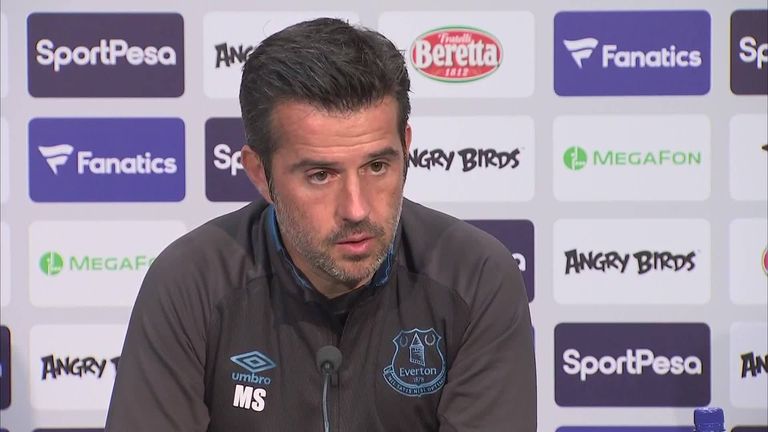 The former Southampton and Manchester United midfielder has been linked with a move to Turkish side Galatasaray but Silva wants to keep the 29-year-old in the wake of Idrissa Gueye's departure.

However, the Everton boss says offers will be listened to for Kevin Mirallas and Oumar Niasse.

Silva said: "Morgan Schneiderlin, if he is linked with other clubs, it is not important to me.

"Morgan is part of our squad.

"When I finished the squad last Thursday, he will be here until the end, until January, with all of them. We have Morgan and JP (Jean-Philippe Gbamin) for that position.

"It is not the position to talk about Kevin and Niasse. You know my opinion on them.

"The market is open and it is possible something could happen.

"They are our players but they want to play football and the space for them in our squad is not enough."

Everton play host to Watford on Saturday and - while Schneiderlin is suspended - Alex Iwobi could make his debut following a summer move from Arsenal.

"It is a matter for us to put him in the best physical condition possible," said Silva.

"It was a difficult week for him, which is normal. It was difficult the week before for JP Gbamin also. Just one week working with the team, but it is what it is.

"He is working really hard and well. It is up to me whether I put Alex in the squad tomorrow."

Everton won their final four home games of last season and Silva is looking for a strong start against his former club on Saturday.

"It's really important for us to make Goodison our fortress," he said.

"We finished really strong last season at home, playing well, fantastic - the connection with our fans. Demanding from ourselves, giving them what they expect.

"We are really confident.

"I felt our players during the week worked really hard again, with that enthusiasm to come and to play a football match at Goodison with our fans, and to get the three points."