Ref Watch: Should Manchester City's opener against Watford have stood?

Also, were Arsenal fortunate to get a penalty against Man Utd?

There was plenty for Dermot Gallagher to get stuck into from the weekend's Premier League games, with contentious goals, debatable penalties and possible red cards all on the agenda.

Read on to see what the former top-flight referee had to say on just a few of the big decisions from the last two days' action... 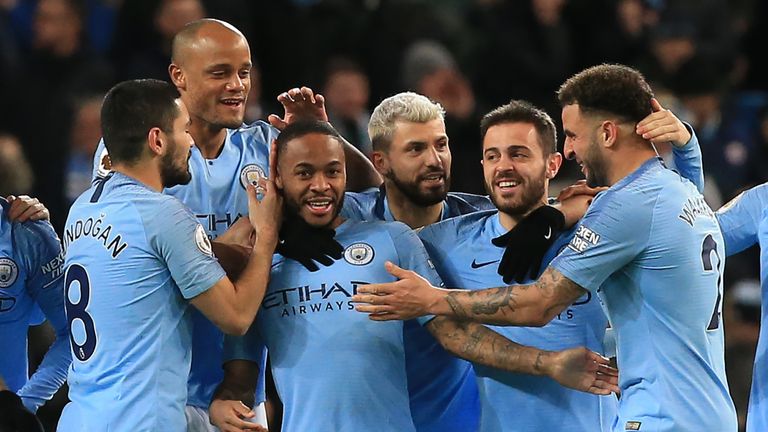 Manchester City were awarded a controversial opener in their Premier League win over Watford, the goal had initially been ruled out for offside by the linesman but was given after consultation with the referee

INCIDENT: Raheem Sterling opens the scoring against Watford despite the referee's assistant initially flagging for offside.

(Referee's assistant) Adrian Holmes realises he is in an offside position, he saw the ball go in the net from Sterling and then flagged offside. Sterling is closer to the ball than Daryl Janmaat, so he forces Janmaat to make that tackle because he has moved towards the ball. And the key there is that he has impacted on Janmaat because, a bit like Kane and Shkodran Mustafi last week, he has made him make that challenge. And because he has made him make that challenge, Paul Tierney has felt that Janmaat has played the ball and therefore he has taken ownership of that situation. But what he has not realised is that Sterling has actually got the drop on him and therefore when they have pooled their resources, Paul has overridden him and said, 'No, I am going to give the goal,' which was incorrect. 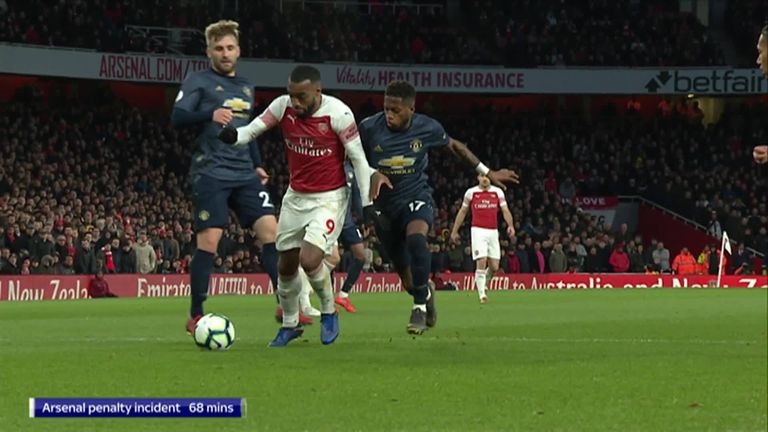 INCIDENT: Fred barges Alexandre Lacazette over in the box to concede a penalty.

DERMOT SAYS: No (it's not a penalty). I can understand why the referee [Jonathan Moss] gave it from his position, but when you see it from the front angle, I think he thinks he trips him. But when you see it front on, he does not. There is a slight coming together with the thighs, but that is not enough to give a penalty and it is also something the referee would not have seen.

INCIDENT: Jordan Pickford escapes a sending-off after a rugby tackle on Salomon Rondon.

DERMOT SAYS: There is no defence whatsoever for not sending the player off because he has grabbed him around the waist, he has no intention of going for the ball and he has stopped Rondon from getting to the ball. And [Kurt] Zouma is a red herring as he will not get to the ball. So it is a penalty and a red card. 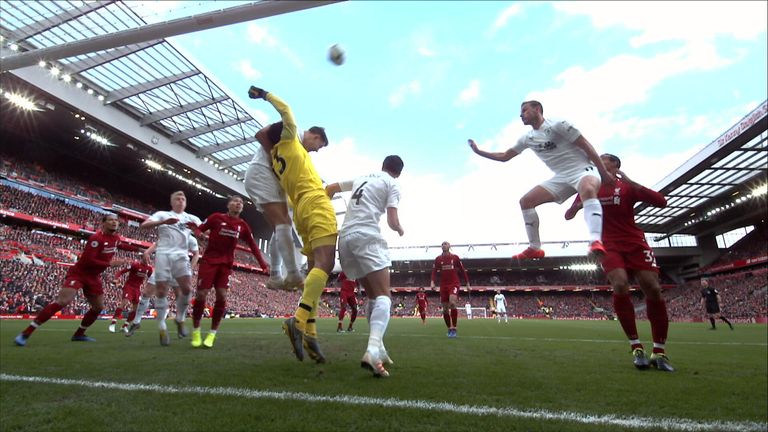 Ashley Westwood scored direct from a corner in Burnley’s 4-2 defeat at Liverpool, but Alisson appeared to be impeded on the line

DERMOT'S VERDICT: Wrong decision, goal should have been ruled out.

DERMOT SAYS: It's a foul. Not only are there arms on the shoulder, but he completely stops him going for the ball and it is just a foul. He has quite clearly held him down and Alisson cannot get the ball, so it should have been a foul. 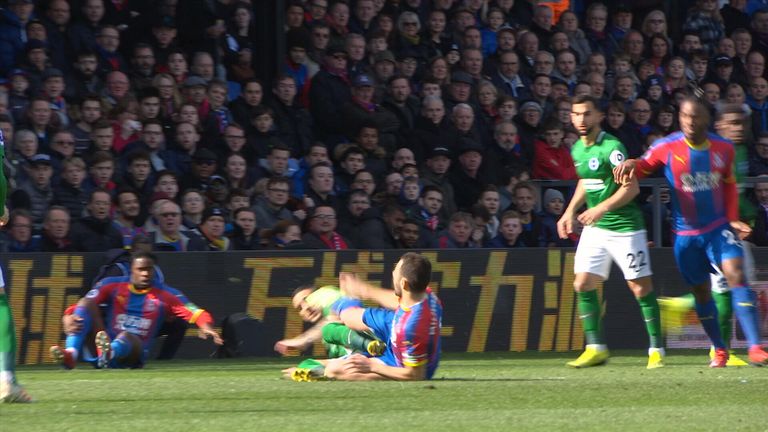 INCIDENT: Anthony Knockaert is booked after just 28 seconds for a high tackle on Luka Milivojevic.

DERMOT SAYS: I think the referee [Craig Pawson] has got it almost right. I think both players are culpable and I do not think it is a red card because both players go two footed. Milivojevic, for me, is equally culpable, he has gone with his boots as well and a split second the other way, it could have been a boot in the other person. So I think both players should have got yellow cards there and it has to be quite a serious foul for a red card, so the referee was quite right not to send him off.

Did Jimenez handle in the box?

INCIDENT: The ball hits Raul Jimenez on the arm following a corner.

DERMOT SAYS: It is just a clumsy clearance, he goes to clear it and it flies up and hits his arm. And the law does not allow the referee [Michael Oliver] to give a penalty there because as I said, he goes to clear the ball as you can see quite clearly, he makes a mess of it and it has gone up and hit his arm and that is what happened. 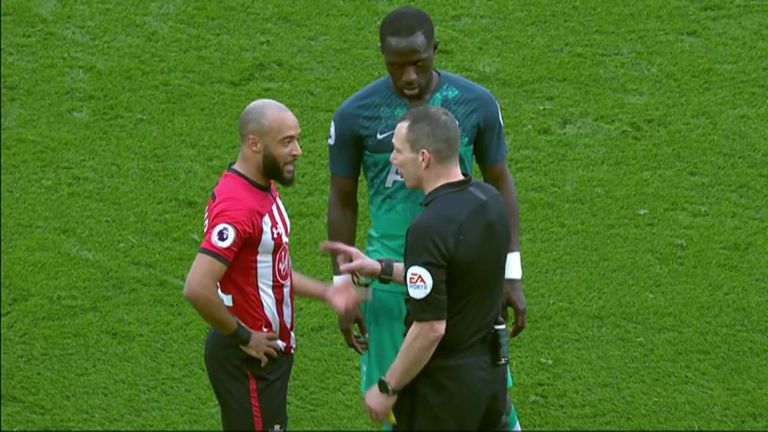 INCIDENT: Both players are booked after Moussa Sissoko appears to headbutt Nathan Redmond.

DERMOT SAYS: I can't condone that. If a player puts his head into another player like that with force, then it has to be a red card. There is nowhere else you can go as a referee.