Pep Guardiola says he left Riyad Mahrez out of the Community Shield win against Liverpool over concerns the player could have breached doping rules, as the club lacked full details of medication he used for a sinus issue.

The Algeria intentional only returned to training on Friday after leading his country to victory in the African Cup of Nations final last month.

Guardiola said: "For doping control, today was a risk because the doctors didn't have it (full details).

"That's why he wasn't in the squad to play some minutes. He could have played some minutes but we could not take a risk because the doctors did not have exactly the medicines."

City beat Liverpool 5-4 in a penalty shootout on Sunday after the Community Shield ended 1-1 in regulation time, with goals coming from Raheem Sterling and Joel Matip. 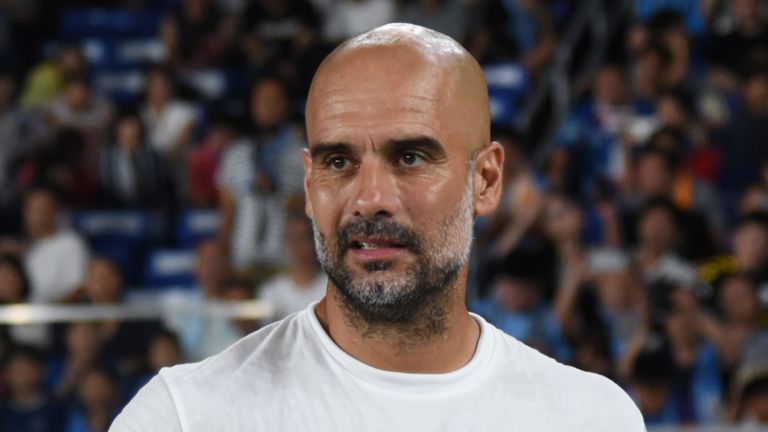 Meanwhile, the Manchester City manager also revealed after his side's triumph at Wembley how last season's treble winners "could not afford" to sign Harry Maguire from Leicester this summer.

According to Sky in Italy, City have reopened talks to sign Joao Cancelo from Juventus ahead of transfer deadline day on August 8.