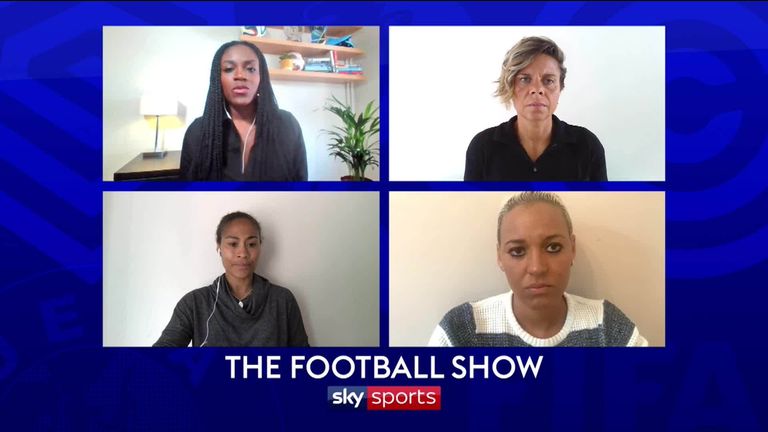 Lianne Sanderson says the decision by England players to celebrate with Mark Sampson following allegations of racism, harassment and bullying in 2017 still makes her "sick to my stomach".

Sampson was at the centre of discrimination allegations made by then Chelsea and England striker Eniola Aluko in 2017. The then England Women boss was cleared but the FA later apologised to Aluko and team-mate Drew Spence for racially discriminatory remarks made by Sampson.

At Sampson's final game in charge, a day before he was sacked for a separate incident involving "inappropriate and unacceptable" behaviour with female players in a previous role, every member of the starting XI raced to the bench to celebrate with Sampson after Nikita Parris' opening goal.

Sanderson, who gave evidence alongside Aluko at a parliamentary inquiry into the allegations of racism in 2017, spoke exclusively to Sky Sports News' The Football Show about her experiences of racism in the game.

Host Jessica Creighton was also joined on the show by former England internationals Rachel Yankey and Sue Smith to reflect on recent Black Lives Matters protests and to discuss the need for having more education and uncomfortable conversations.

'They don't realise how much that hurt' 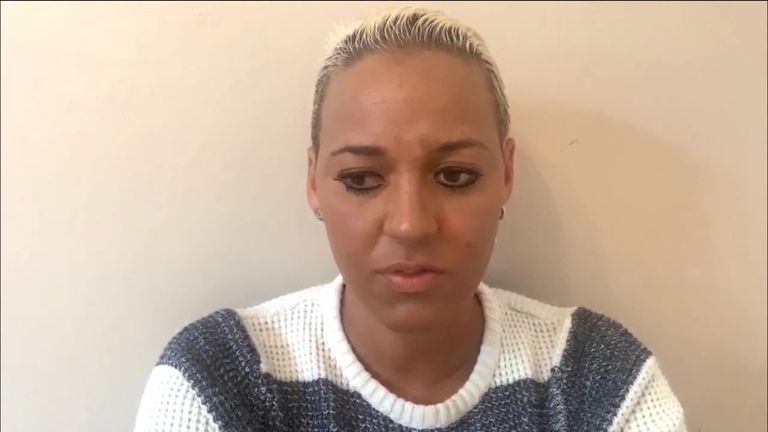 Reflecting on the England squad's decision to show a clear message of support to Sampson at the time, Sanderson said: "Everyone knows what Eniola Aluko went through and that wasn't a nice moment for anyone.

"The players scored and they celebrated with Mark Sampson and that still makes me sick to my stomach to think about now.

"I don't think the girls realised how much that hurt myself, Eni and Anita [Asante]. It almost became them against us when it didn't need to be that way.

"I definitely think the girls could have done more in that situation. I don't hold it against them but this comes down to enabling. Those girls didn't think they'd be picked again if they went against him.

"After a few conversations with the players, they say they didn't really know what was going on."

Parris: I was part of the problem

Parris has taken to Twitter to apologise to Aluko for being part of the group of players who celebrated with Sampson.

Reflecting on the Black Lives Matter movement that has gathered momentum across the globe in light of George Floyd's death, the Olympique Lyonnais forward believes those past actions were part of the problem in tackling racism.

Parris said: "In order to grow we must have difficult conversations with ourselves and each other to understand where we have gone wrong for so long.

"During a very sensitive time where it would have mattered most, my actions left specific fellow professionals feeling alone and segregated.

"It showed a lack of empathy, understanding and ignorance by singling out a voice who needed an ear to listen and a support system to help.

"After a lot of growth, maturity and education I am now able to understand how I have been part of the problem which I aim to fight and eradicate'

"Eni, I am sorry that my thoughtless actions caused you hurt, never is it in my conscious intentions to make another human feel devalued."

Both Sanderson and Yankey revealed they witnessed alleged racism during their playing careers.

Yankey said: "When I was playing for Arsenal in the Champions League against Spanish side Rayo Vallecano, a guy in the crowd was doing a monkey chant every time I got the ball.

"I took a throw-in and he chucked a baguette at me.

"Looking at somebody and seeing that anger and hatred in his face. I was shocked and didn't understand why someone would think like that.

"I'm not even sure half of my team-mates playing that day realised that was happening."

While Sanderson was playing in Europe, she challenged a member of the coaching staff on why another player was being called by a derogatory nickname.

"He told me: 'We don't want them to do well'," Sanderson said. "They do these things because they see it as a weakness. They compared it to having a huge spot on your head. He didn't see it as being racist.

"It's that kind of subconscious racism that I think I have faced in my career.

"Why has Yankey [who has 129 England caps] never been captain? What have I never been put forward to be captain? It's because we don't fit those stereotypes that people are looking for and why is that?" 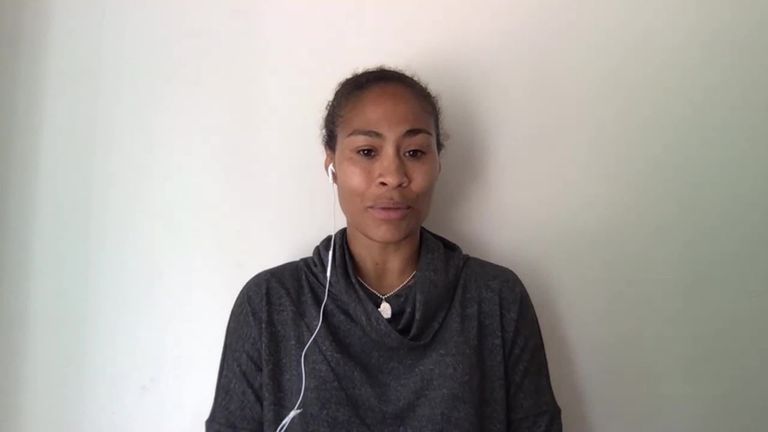 'Just warming-up in an anti-racism shirt is not enough'

Smith shared a hotel room with both Sanderson and Yankey during her playing career but says difficult conversations on racism were never broached.

The former Leeds and Doncaster Rovers Belles winger believes that has to change.

"I was unaware of it and that makes me feel bad that I didn't see it," Smith said. "If I had I would have wanted to help my team-mates and supported them.

"In all of my time playing I don't actually remember any of that happening but when you hear the stories now, I probably just wasn't aware of it.

"I think education is a massive part of this. There were times when we'd go into the changing room before a game and we'd have Kick It Out shirts to wear for the warm-up, we'd do that, take them off, play the game and that was it. That's not enough.

"Did the players actually realise why they were putting the shirts and what the meaning was?

"I've roomed with both Lianne and Yankey and we didn't have those serious conversations. That's probably because I didn't see them as different and I thought they were having the same journey as I was having. On reflection, that wasn't the case."