The deal is subject to a medical and would eclipse the current world-record £75m Liverpool paid for a defender when they bought Virgil van Dijk from Southampton.

Maguire will now discuss personal terms with United, who are set to beat rivals Manchester City to his signature. 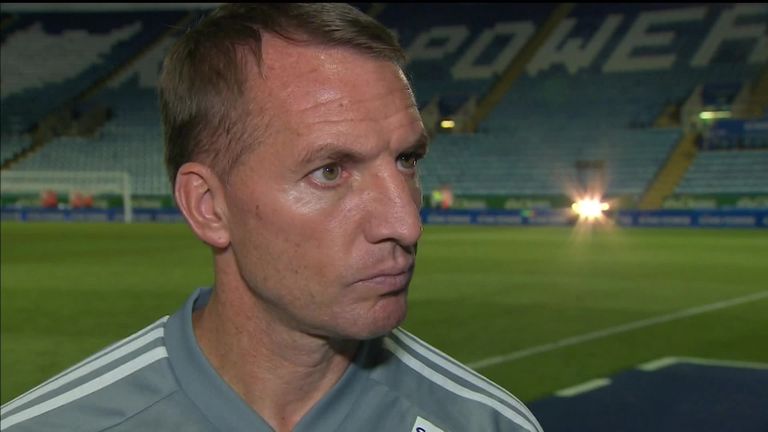 Leicester manager Brendan Rodgers feels the £80m fee agreed with Manchester United for defender Harry Maguire is 'incredible business', however he will be disappointed to lose such a 'special player'

"This is a guy that knows there has been interest all through the summer and he's been super professional. He's been with his team-mates right the way through and been a really, really good guy.

"Football now, that's how it works, individuals will have their own goals and targets and whatever it is they want to achieve and that's something that they will always have.

"He's a special player, he's not a player that we would want to lose. But obviously any player will have a valuation and if ever that is met then of course there's a discussion between clubs and whether the player wants to stay or go.

"We will see how it develops over the weekend and if Harry ends up going then we will have to look at our options."

England international Maguire, who phoned in sick for training on Monday, has four years left on his contract and Leicester's position all summer had been that he was not for sale. 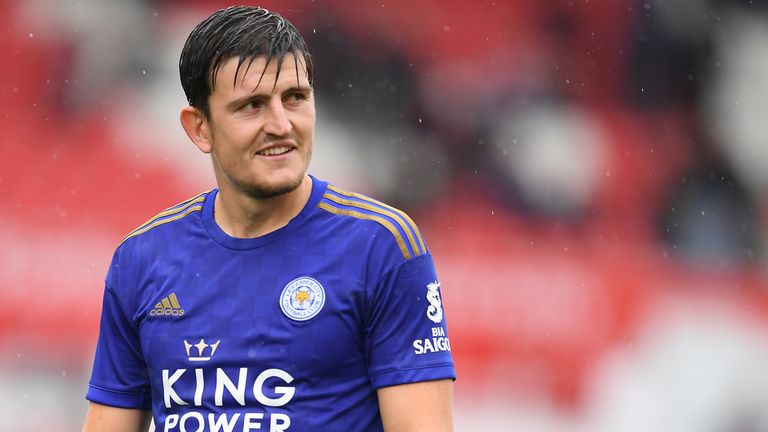 United could persuade Leicester to sell Maguire if they agree to pay the 'magic figure' of £80m, Sky Sports News reporter Rob Dorsett said on Thursday

The 26-year-old had been Ole Gunnar Solskjaer's No 1 target at Old Trafford and told Leicester he wanted to leave before the transfer window shuts on August 8, so he could follow in the footsteps of his heroes Nemanja Vidic and Rio Ferdinand.

United have signed just two players so far this summer - Aaron Wan-Bissaka who joined from Crystal Palace, and Daniel James who moved from Swansea.

They are also trying to sign forward Paulo Dybala from Juventus in a swap move with striker Romelu Lukaku going the other way. The deal between the two clubs "is as good as done", once source has told Sky Sports News, and the transfer now hinges on whether Dybala is convinced on a move to Old Trafford.

Analysis: Where does Maguire fit in?

Maguire has featured in Leicester's pre-season and is primed and ready for Premier League action next weekend. And Sky Sports News reporter James Cooper believes he could slot in beside Victor Lindelof at the heart of United's defence.

"Alongside someone like Lindelof, there are the seeds of a potential partnership," said Cooper. "Jones and Smalling have recently signed new deals so there are plenty of options.

"We might see the best from Luke Shaw in that defence with Maguire - and Aaron Wan-Bissaka has been fantastic in pre-season. He's impressed a lot of people with his robust tackling and attacking attitude.

"With this mobility, agility and fitness, they're looking a different proposition defensively.

"It looks like it will be a 4-2-3-1 formation this season and with two sitting deep - perhaps Paul Pogba and Nemanja Matic - it will give extra stability to that defence and allow a bit of a settling-in period for Maguire.

"But it'll certainly be a baptism of fire - a potential debut against Chelsea on Super Sunday."

"We've been close to Harry Maguire all the way through this summer and our understanding was he really, really wanted to move to Manchester United. It was his dream move.

"He wanted to follow in the footsteps of players like Nemanja Vidic and Rio Ferdinand and his dream is about to come true.

"United have been trying to sign a world-class centre-back for a very, very long time. Jose Mourinho tried to sign Maguire last summer on the back of his performances at the World Cup for England. The move didn't happen then - he signed a new contract with Leicester - but there was an understanding, a gentleman's agreement, that he'd be allowed to leave this summer if a suitable offer came in."

What now for Leicester?

Solhekol believes Rodgers will have had contingency plans - and is now likely to move quickly.

"With this deal effectively done, it gives Leicester time to sign a replacement. Rodgers - somebody we've been speaking to regularly on Sky Sports News - has made it clear he's got contingency plans. They are likely to include players like James Tarkowski at Burnley, while there's also been talk of Lewis Dunk at Brighton. Brighton, remember, have signed Adam Webster from Bristol City.

"I think Leicester will move very quickly in the transfer window to buy a centre-back. The only slight issue they might have is selling clubs will now know they have £80m in the bank, so the prices they'll be quoted will be going up a bit."

The following summer, Maguire became a cult hero thanks to his efforts for his country at the World Cup. It was his role in the quarter-final win over Sweden that really sent the hype - and the memes - into overdrive. Maguire's first international goal helped England to their first knockout win at a major tournament inside the 90 minutes since 1986.