Paul Pogba is focused on getting Manchester United back into the Champions League, but Italy is "like a second home" for the France midfielder, his agent Mino Raiola has told Sky Sports News.

Pogba has not started a match for United since September after an injury-blighted season and is currently recovering from ankle surgery as he bids to make himself available for selection for the first time since Boxing Day.

The Italian super-agent was widely quoted by Italian media on Thursday night as saying the France international "would not dislike" a return to Juventus, after his four years at the Serie A club between 2012 and 2016.

Speaking after the Coppa Italia semi-final first leg between AC Milan and Juventus at the San Siro on Thursday, Raiola was asked whether he had held talks with Juventus vice-chairman Pavel Nedved about Pogba's availability.

"Yes, yes. They speak with me about Pogba, and also about other players. It's only right, these are big teams," he told Sky in Italy.

"I think our job is to represent, to inform, to see, to talk, to dream, set out some possibilities. But talking about Pogba there are also some other big clubs. Now he's at Manchester United, we'll see."

Asked if it would be impossible to see Pogba returning to Turin, Raiola was unable to rule out the midfielder staying at Old Trafford beyond this summer.

"Look, impossible things do not exist in the transfer market," he said. "I think be it Juventus, Paris Saint-Germain, Real Madrid, or Barcelona, they always showed how nothing is impossible."If there's the willingness from all three parties, then things can get done."

It has been a difficult season for both Pogba and United, who are six points adrift of fourth-placed Chelsea ahead of Monday's trip to Stamford Bridge, live on Sky Sports, having struggled for consistency in the league.

Pogba will only be content at the club, though, when they are challenging for major titles domestically and in Europe, says Raiola.

"Italy is like a second home for him," Raiola told Sky Sports News.

"The question was is he happy. You cannot be happy if you are not competing for the title or for the Champions League. 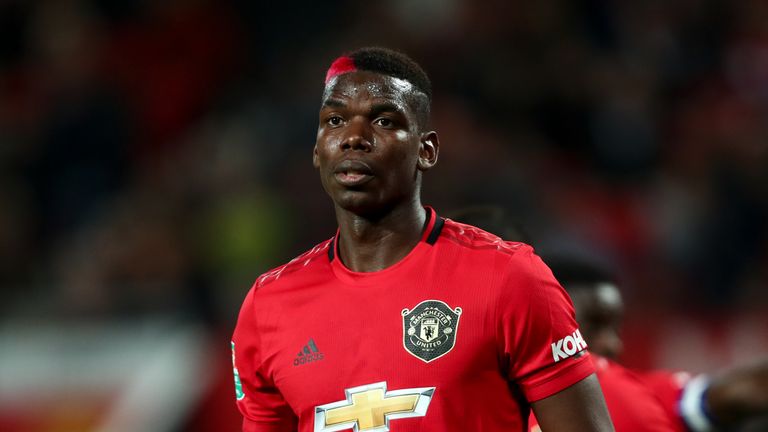 "The aim is for every top player to do that. For now he is concentrated on his recovery the next period is important for him and Man Utd to try to get into the Champions League then the European Championship and then we will see."

Raiola told Sky Sports News last month that Pogba's "heart" was with United and said he could see his client staying "but in a club that I hope fights for the league and hopefully the Champions League".

In the summer, Pogba said it could be time for a "new challenge somewhere else", before Raiola confirmed that the midfielder wanted to leave United and that he was negotiating an exit for his client.

United manager Ole Gunnar Solskjaer has maintained the stance that Pogba is not for sale throughout his tenure at Old Trafford.