Man Utd have held initial talks regarding a possible transfer deal for the France international; Raphael Varane has one year left on his Real contract; PSG also believed to be interested in Varane, who featured for France at Euro 2020 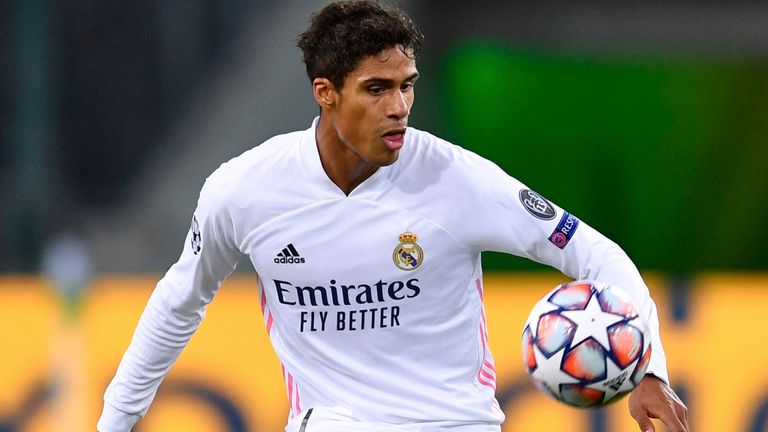 Initial talks have taken place and the France international remains a player United have under consideration, although other clubs are thought to be interested, including Paris Saint-Germain.

Varane still has a year left on his Real Madrid contract and it remains to be seen if the Spanish club will ultimately allow him to leave. Fellow defender Sergio Ramos has already departed the club this summer after his contract expired.

United know Varane is free to sign a pre-contract agreement in January and would therefore be keen to negotiate a lower transfer fee.

He is one of a number of centre-backs United are looking at this summer as they make the position a priority to strengthen.

The Premier League side have also moved to strengthen their attack, completing a deal to sign England international Jadon Sancho from Borussia Dortmund for £73m, subject to a medical, on Thursday.

Varane, 28, would be another significant statement of intent to compete with Manchester City for the Premier League title next season, having established himself as one of the world's best defenders since joining Real from French side Lens in the summer of 2011.